The family of actor Karibi Fubara has released his funeral arrangements. See the details below: 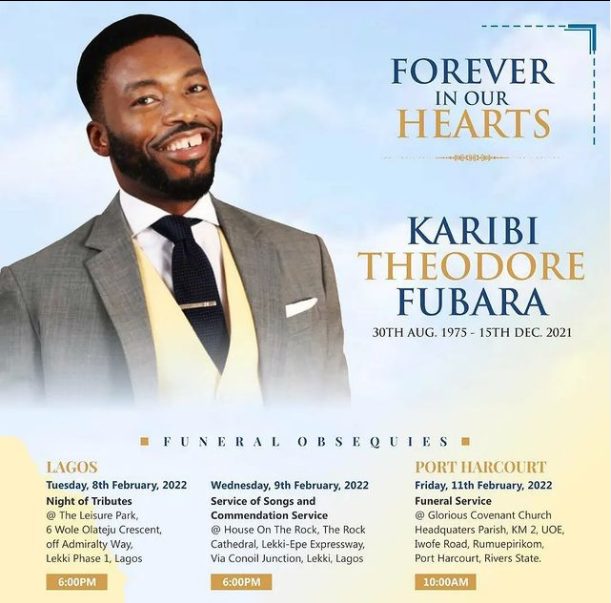 Glamsquad Magazine recalls that late Fubara died on December 15, 2021, after a long battle with cancer.

The “God calling” actor was diagnosed with cancer in 2020 and had been in Dubai receiving treatment.

He also posted about his recuperation on Instagram on a regular basis. He revealed that he had undergone a successful surgery that removed around 90% of the tumor.

He was married to Yolanda Okereke, in December 2018

He is survived by his wife, Yolanda, a notable stylist and family members.

He portrayed Akin, a 35-year-old single sociologist and humanitarian with a terrible relationship track record. He gained a devoted following as a result of the role.

May his soul rest in peace, Amen.