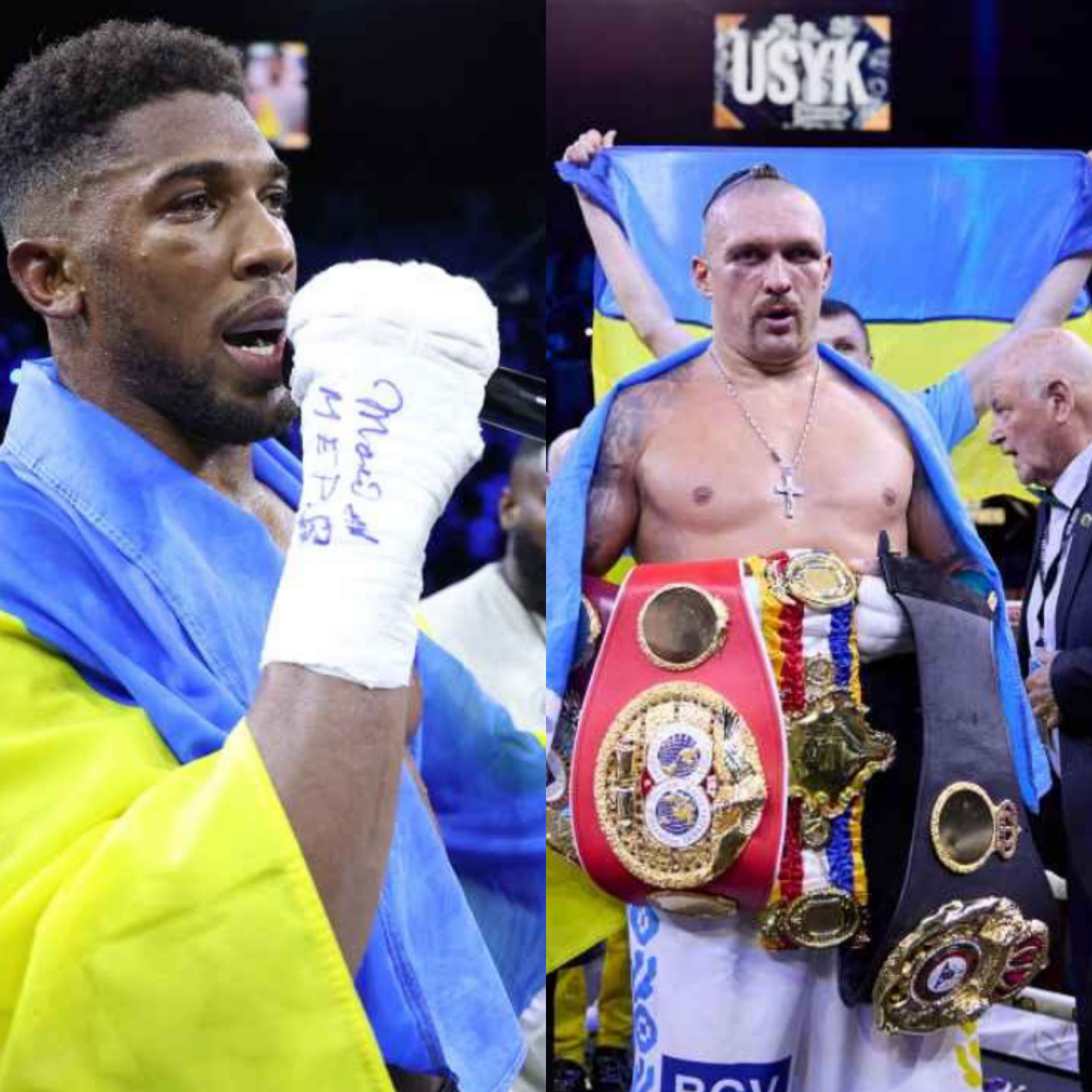 Usyk defeated Joshua in September 2021 and again in August 2022 to capture the WBA, IBF, and WBO heavyweight titles.

Joshua reacted angrily to the defeat by grabbing two of Usyk’s belts and throwing them over the ropes before engaging in bitter verbal abuse with some of Usyk’s teammates.

AJ stormed out of the ring and began to make his way back to his dressing room, but changed his mind and returned to the ring.

Anthony Joshua is referred to as a “poor fool” by Oleksandr Usyk. and compares him to a “little boy” in a harsh assessment of his reaction following their rematch

He then took the microphone and delivered an odd, but passionate, speech.

Usyk claimed after the fight that he was not bothered by Joshua’s post-fight antics, but he has now come out to criticize Joshua.

During an interview on his USYK17 YouTube channel, he was asked about Joshua’s post-fight meltdown.

“I asked myself, ‘Why should you be doing that?’ He reminded me of a young boy who wanted to play with the ball but was denied access to it.

“So he decided to throw it over the fence of his neighbor.” But the ball landed next to a vicious dog, so was it really such a wise decision?”

Khloe Kardashian shows the world her son for the first time