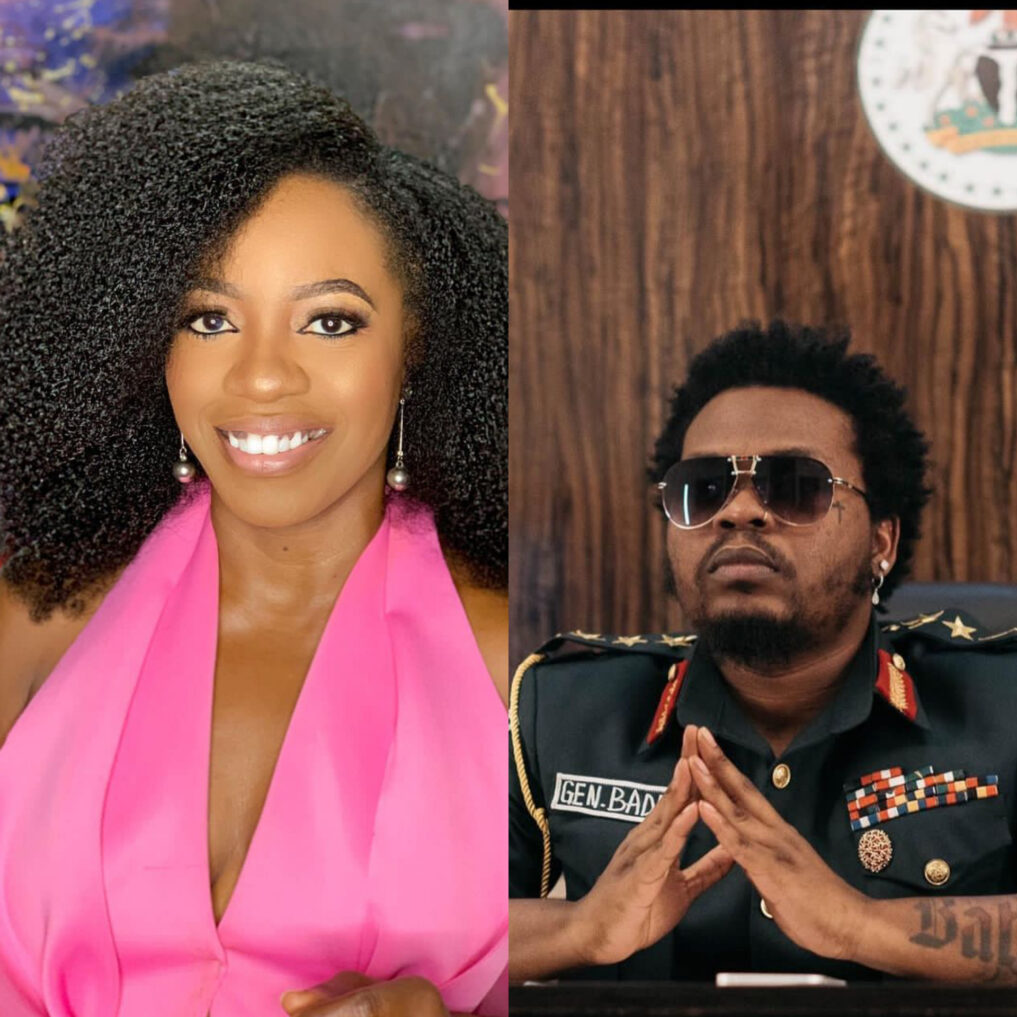 Media Personality, Shade Ladipo has shared her thoughts about the Nigerian music industry.

Ladipo took to her Instagram stories to note that people do not give singer, Olamide enough kudos for the impact he is making in the entertainment industry. ,

She went on to reveal that since he attained stardom, he has done more than any of the top three favourite singers. She also noted that he deserves praise for his contributions.

Read Also: “The Lioness is never far from her cub” – Actress, Queen Nwokoye gushes over her little girl

Glamsquad noted that the top three Ladipo might be referring to in this context is Damini Ebunoluwa Ogulu better known as Burna Boy, Ayodeji Balogun better known as Wizkid and David Adeleke better known as Davido. Ladipo without mincing words wrote, “Yes I said it.” 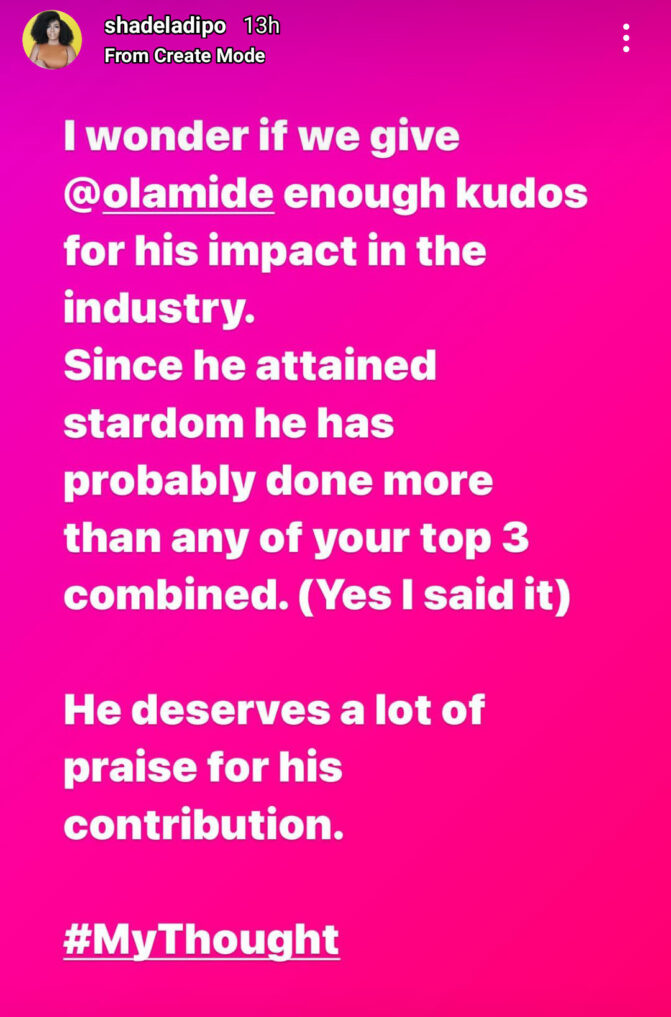 Olamide sometimes referred to as BaddoSneh shot into stardom in 2010 when he released the debut single, “Eni Duro.”

The 33-year-old budding indigenous has been a force to reckon with. He floated his record label tagged YBNL (Yahoo Boy, No Laptop) in 2012, showing a zeal to build his career on his terms.

Silk Gown Styles for Ladies in 2022