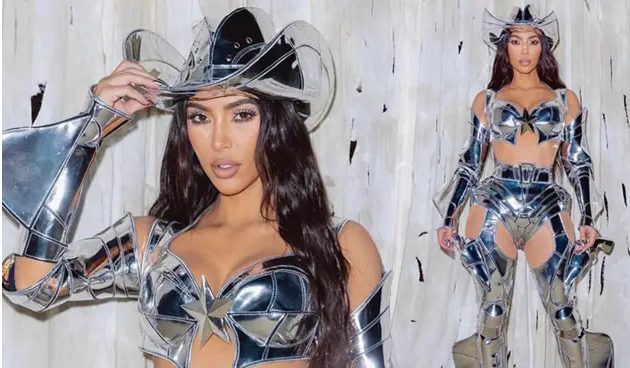 Kim Kardashian debuted a bespoke metallic ‘CowBot’ costume designed by Thierry Mugler for her Halloween costume, which she seemed to go all out for.

She described herself as a cross between a cowgirl and a robot in her caption, and the imaginative costume highlighted her famous form and received admiration.
Kim looked stunning in her entire silver metallic ensemble, which was built to mimic armor.

She wore a bra with a star that revealed her stomach, as well as chaps with a belt that were connected to exaggerated silver platform boots. 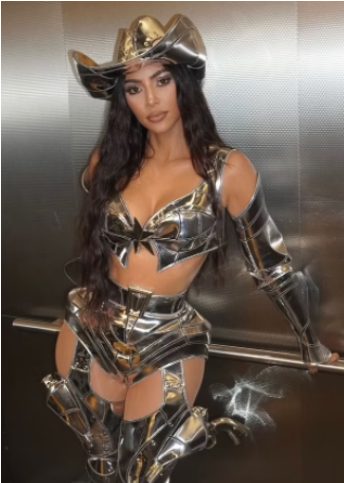 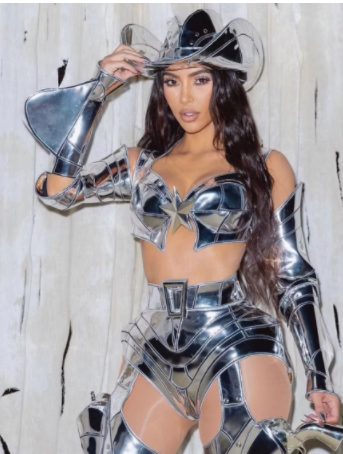 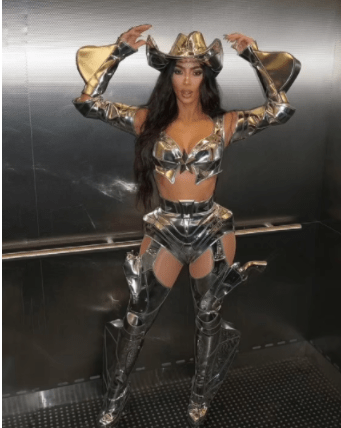 "Omo Ghetto: The Saga" Has Gotten Its First Ever International Award

These 10 Real Facts About Yul Edochie Will Surprise You