Yesterday Grimes revealed that she was pregnant, posing for a surreal nude portrait (shot by photographer Eli Russell Linnetz) that showed off her burgeoning belly with a digitally superimposed fetus shining through underneath her bare skin.

That was her first public maternity moment, but given the uh, minimalist quality of the photograph, it wasn’t quite her first maternity fashion moment.

But now Grimes has made her maternity dressing debut. Given that she’s prone to rolling up to sushi restaurant Nobu in Miami in a hyper-futuristic Tesla Cybertruck prototype with her boyfriend Elon Musk (who is also presumably her baby daddy), it should perhaps come as no surprise that Grimes’s first maternity look is just as far-out. 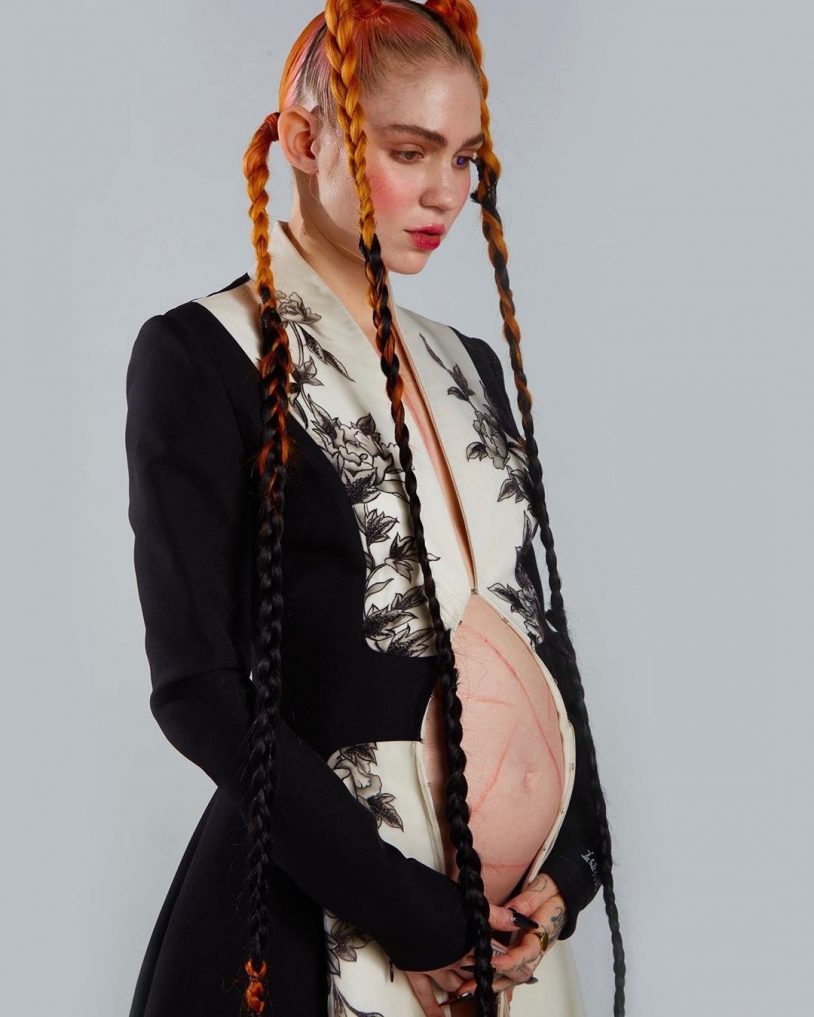 We Love Natalie Portman’s Black Cape At The Oscars