Burna Boy, a Grammy Award-winning singer, and his mother, Bose Ogulu, have been accused of extortion by an event organizer named Gold Moola.

Burna Boy was paid $15,000 for a gig, according to the show producer, and he (Burna) uploaded the flyer on his Instagram.

When it came time for Burna to play, the show’s organiser claims that the Nigerian artist refused to appear.

He then alleges that Burna’s mother, who also serves as his manager, demanded an extra $10,000 before Burna would come down from his hotel room to perform.

He said that he understood he was being extorted at the time, so he declined, and Burna quickly posted on social media that the event had been canceled, after which he and his crew sneaked out of the hotel through the back door.

Gold Moola stated that he has been requesting a $15k refund because Burna did not perform again, but they have refused to return the money.

See his posts below. 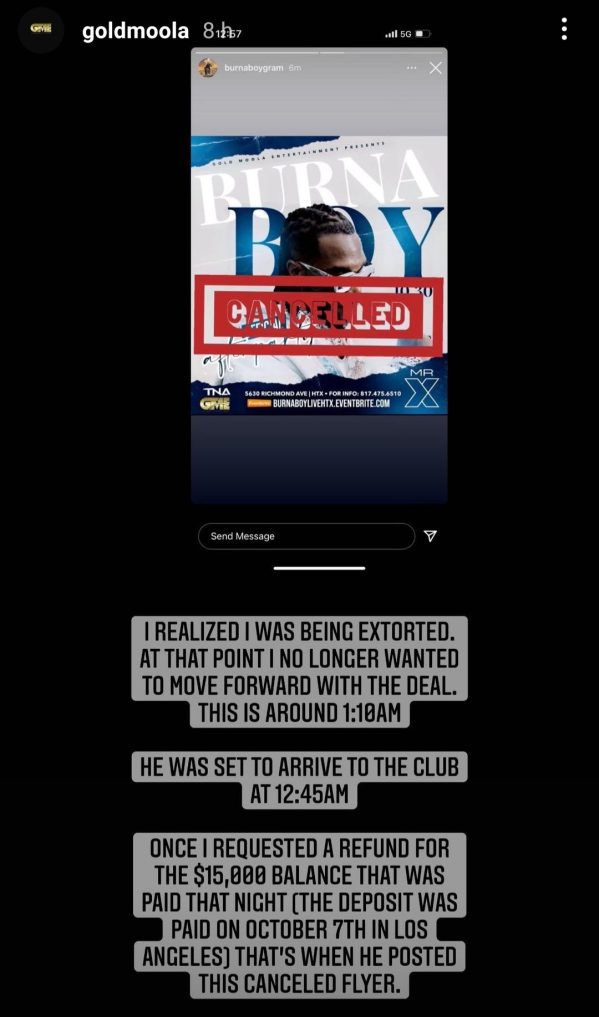 0
Ifeanyichukwu Ngere November 2, 2021
No Comments Yet