According to the most recent report, Google employees around the world could soon earn a $1,600 cash incentive. The tech behemoth will do this to assist employees when the omicron version spreads.

According to the search engine company, employees from the extended workforce as well as interns are entitled for such benefits. The bonus would be paid out in late December. 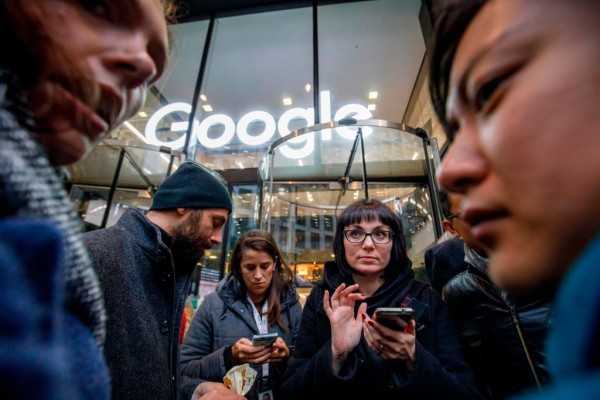 Following the company’s decision to delay the return of its US employees to the physical office, Google changed its staffing plans due to concerns about the omicron version.

The tech company had stated in an email that work-from-home workers should return to the office by January 10.

According to CNET, the issuance of a $1,600 cash incentive is Google’s latest form of pandemic assistance to its staff. In addition, the company provided them with well-being bonuses and a remote allowance.

Aside from this massive firm, Microsoft did the same thing for its employees by presenting them with a $1,500 pandemic bonus.

Meanwhile, Amazon has introduced a new program aimed at improving mental wellness. By providing several alternatives for employees and their family members, the e-commerce giant may be able to assist them through counseling sessions, self-care programs, and other means.

Despite record profits, Google employees will not receive a pay raise

While the additional cash bonus gives some respite for employees, the tech firm has stated that it will not adjust its workers’ salaries to keep up with inflation.

During a virtual conference earlier this week, a Google employee questioned the firm about the rising cost of living in the midst of the pandemic. In response, Google’s VP of compensation, Frank Wagner, emphasized the relationship between price inflation and a worker’s pay rate, according to Engadget.

According to him, when we talk about rising price inflation, we must also include the expanding trend in worker pay rates. He went on to say that they had recently been higher than usual, which had an impact on their “compensation budgets.”

These “cost of living adjustments” are nothing out of the ordinary for businesses. Wagner stated that the imposed rises for workers are based on performance rather than the implemented wage increase.

Tech Times reported in August that Google had decided to adopt a 5 to 25% pay cut for Google employees who prefer to work remotely, particularly those who are moving away from Google offices.

With that, Google announced its decision to employees using an internal formula that will be used to reduce their salary.

A female employee, for example, who decides to relocate to Lake Tahoe from San Francisco will face a 25% pay drop.