A person’s capacity to communicate with others through speech can be hampered by a variety of medical ailments and disorders.

Google is aiming to make its app (Project Relate) more accessible to people with impairments and disabilities, as well as to help them communicate more effectively with those around them. 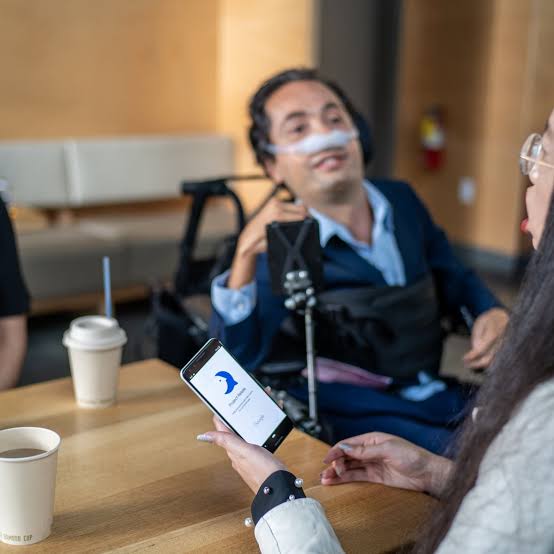 Millions of people in the United States and throughout the world suffer from speech-impairing illnesses such as stroke, ALS, Cerebral Palsy, traumatic brain injury, and Parkinson’s disease.

Google will invite a sample of users to test a new Android app called Project Relate to assist people with those ailments and those who have difficulties speaking. The software is designed to make it easier for people with speech problems to communicate with Google Assistant and others around them.

Project Relate is the result of years of research by the Google Speech and Research teams, and it is made possible by over a million speech samples recorded by research participants.

Google is looking for English-speaking testers in Australia, Canada, New Zealand, and the United States to use the app and provide input on how well it works and how Relate may be improved.

According to Google, early Project Relate testers will record a set of phrases used to learn to identify unique speech patterns more automatically. Listen, Repeat, and Assistan are the three core functionalities of the app.

Project Relate’s Listen feature transcribes speech to text in real time, allowing users to paste the text into apps or have others read what they’re attempting to say. The Repeat feature can employ a synthesized digital voice to restate what the user stated.

READ ALSO:Everythings You Need to Know About Google Assistant and How to Use It

This feature seeks to provide users with the same face-to-face engagement that we all value. The capability may also enable persons with speech problems to speak more effectively with home assistant devices, which have become increasingly widespread in homes throughout the world.

The Assistant function within the Relate app can communicate directly with Google Assistant, allowing users to conduct a variety of actions ranging from playing music to controlling home automation devices linked to Assistant.

For Project Relate, Google claims to have worked directly with people who have speech problems. Aubrey Lee, a Google brand manager whose speech is affected by muscular dystrophy, was especially recognized. According to Lee, Project Relate may transform a casual chat with someone from a look of perplexity to a giggle of familiarity.

Google is seeking anyone with a speech-related ailment to sign up to submit input on Project Relate. Anyone who is interested can fill out a form, and Google says its team will contact them in the coming months. There is no word on how many people Google intends to invite to test the project or when it will begin.

Google and its parent firm Alphabet, like many modern technology corporations, have a plethora of products under its umbrella. While apps and Android are important components of Google’s business, the Pixel series of smartphones is also produced.

Late last month, it was reported that Google was working on a successor to the Tensor processor used in the Pixel 6 range of devices. Google Fi phone calls are similarly protected by end-to-end encryption, according to the company.