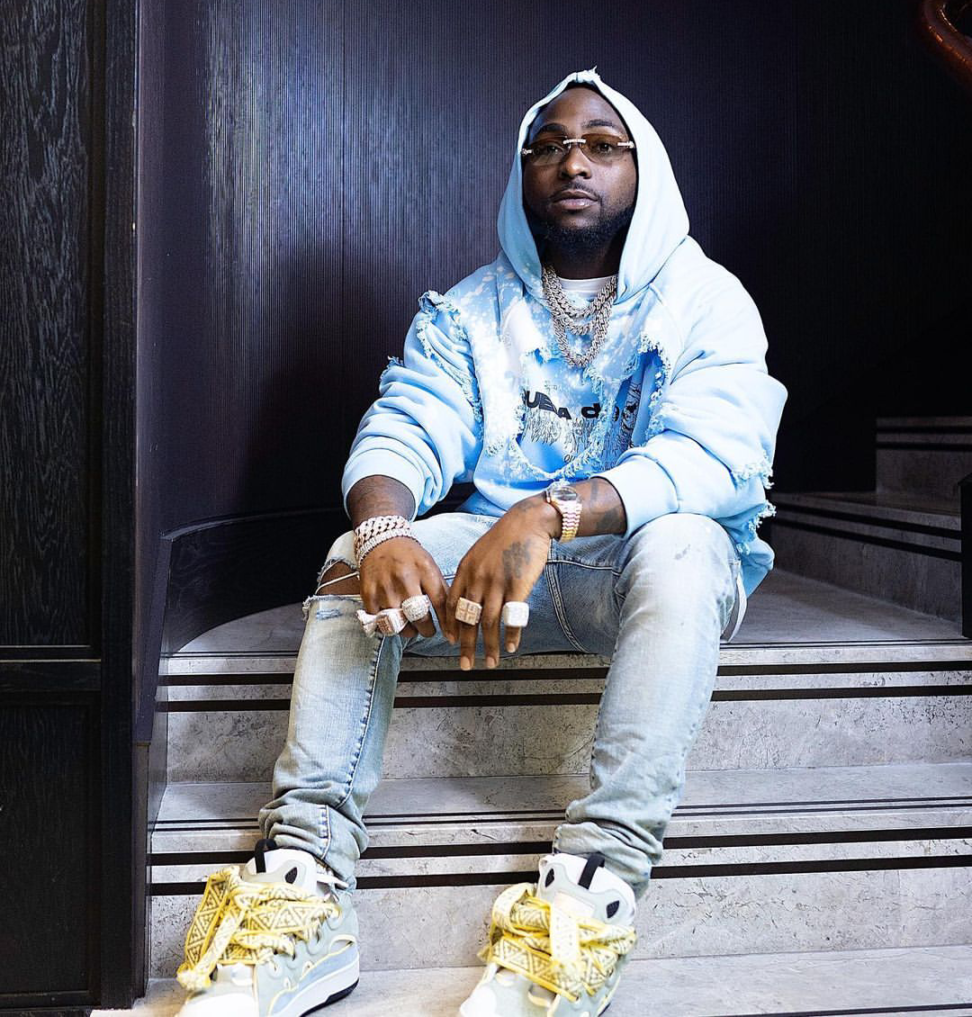 Afrobeats music star, Davido has revealed that he attended church service for the first today, 2nd October 2022 in three years.

The 29-year-old father of four took to his Instagram story to share a picture of a church setting including the hand of a female that can be tagged as that of his third babymama, Chioma Rowland.

Glamsquad reported that the singer and his first babymama, Sophia Momodu unfollowed each other on Instagram days after he sparked a dating rumour with Chioma.

Lately, Papa and Mama Ifeanyi  have been spotted on a series of outings together, holding hands while into each other.

A few days back, the lovers left fans gushing all over after Chioma was spotted rocking his new 30BG pendant worth millions.

It is worthy to note that the pendant had the inscription, ‘002’, and this implied that Chioma was the second in command of the crew.

While Socialite and businessman Pascal Chibuike better known as Cubana Chief Priest shared in the joy of reconciliation, he prayed for them that they would welcome another child next year.

While hailing Chioma, now referred to now as ‘002‘, Cubana Chief Priest shaded Sophia Momodu. He said Davido and Chioma’s relationship is ‘sweeting’ some people and “paining” others.

One would agree that Chioma is solidly behind Davido’s presence in church today.