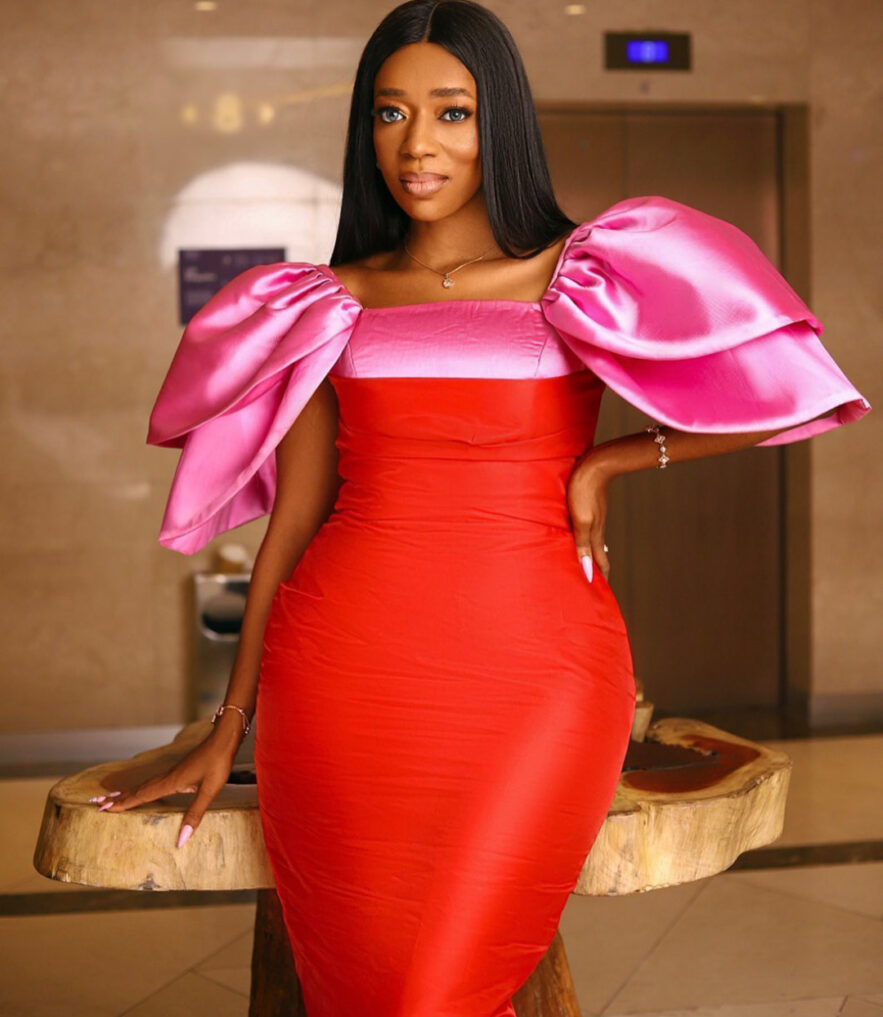 The 32-year-old’s advice comes following the viral video of a man who was heartbroken after finding out his daughter isn’t his.

In her Instastory, she asked men to do with emotions and do the needful. She noted that even if the child takes resemblance after them, they should still go ahead with DNA tests.

She, however, noted that she is not against women but they should be truthful in their dealings while noting that not all men leave when a woman cheats on them.

“My brothers and uncles and cousins all know how I deal with this. Fuck emotions and sentiments oh MEN! I dnt care how long you’ve been married I know why I’m saying this oooo unless you don’t care niggga go do dna test for all your children period.! Even if you feel the child looks like you my friend will you go and do dna! Look kwa!!!

“Better to have peace of mind then to doubt and if the child ain’t yours if your heart can handle it Biko continue to be a god parent to that child.

“Sometimes that side chick that born for you and you do dna test for but abandon the child because you dnt want to break your marriage Biko that child is probably more related to you then the ones born in your house. Dear Men, go do DNA for ALL your children. E get why! Hmmm

“And women I ain’t against you, oh but honestly the truth sets you free. Holding lies this big can age you real fast. Dnt be deceived ooo not all men will send you packing, plenty of men are living knowing some of his children ain’t his.

“Not all men leave when you cheat Biko know too many that have not left pls let the truth give y’all peace of mind. Marriage ain’t nobody’s business but the two parties involved. 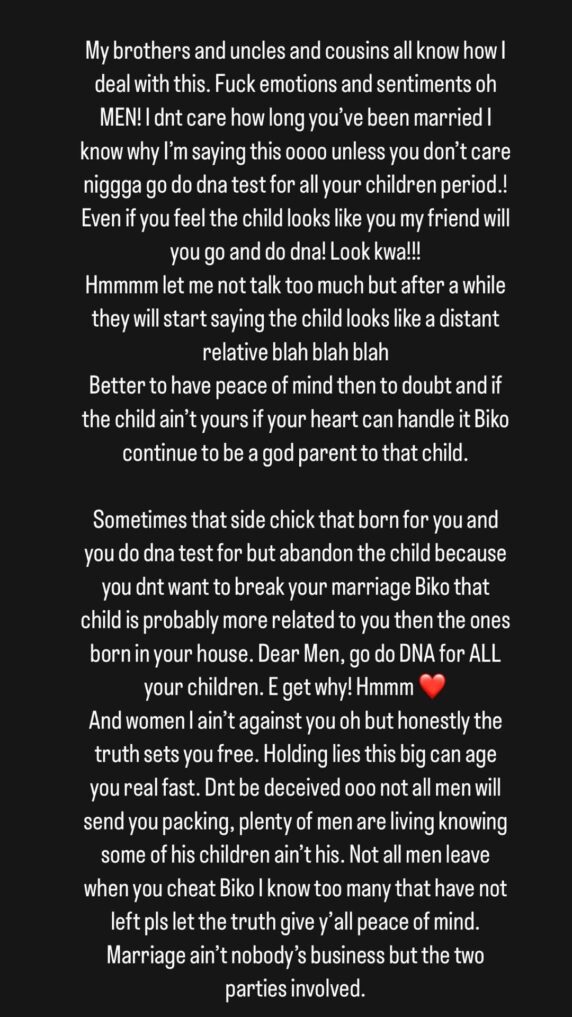 A DNA paternity test uses DNA, usually taken from a cheek swab, to determine whether a man is the biological father of a child.

READ ALSO: Nollywood’s Fantastic Four Are Back, Check Out What They Are Up To