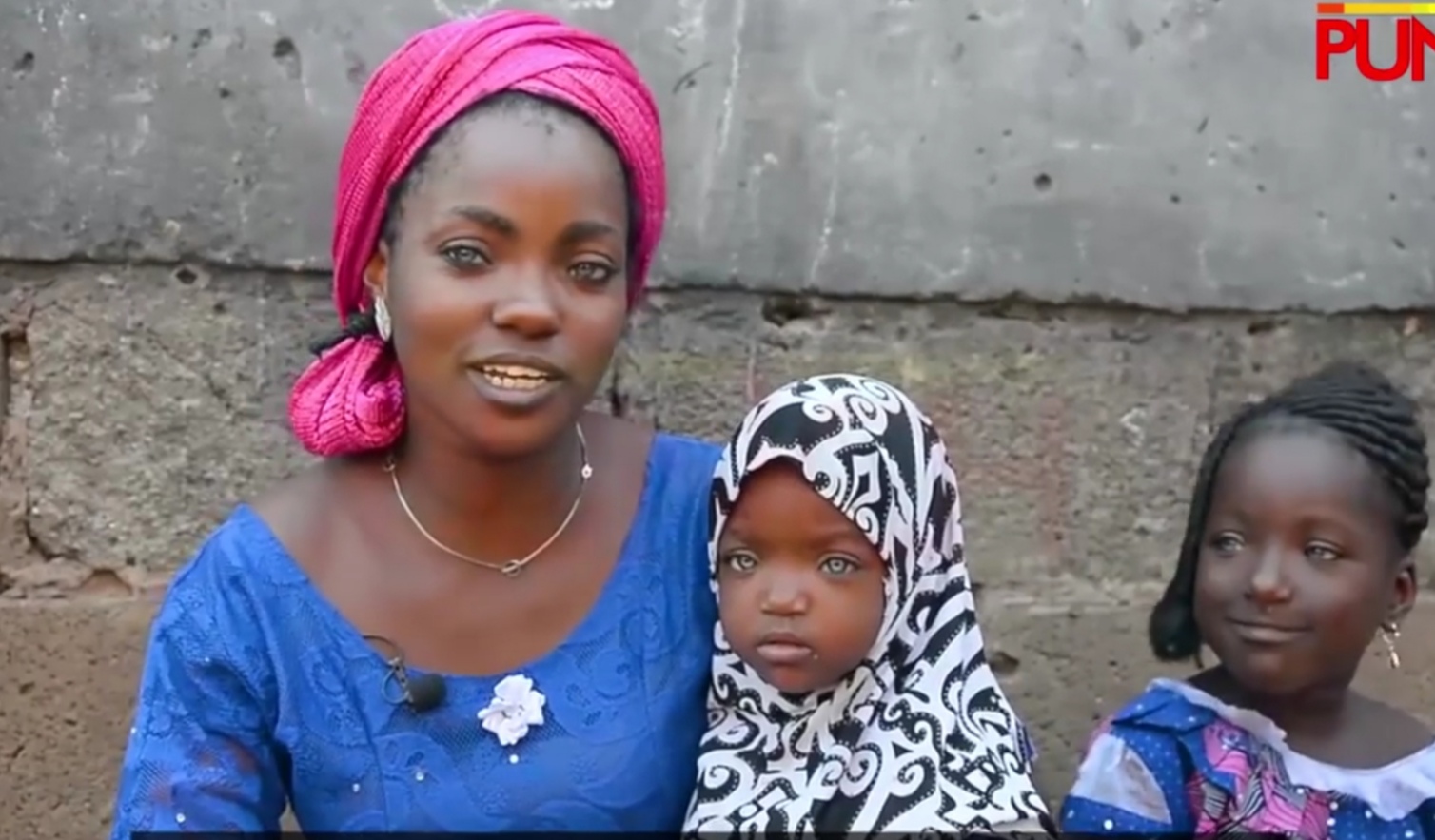 A woman whose husband abandoned her and their kids because they have blue eyes has narrated her ordeal.

A student of the University of Osun, who travelled to Ilorin for the Sallah festivities, brought the family’s plight to the limelight after she shared their photos on Facebook. Alabi Afusat explained that she met a family who is naturally blue-eyed and their eye colour made their father abandon them (read here),

The family’s story went viral and the mum of the blue-eyed girls, Risikat Azeez-Ayegbami – who is also blue-eyed – shared her story.

Risikat, a mum-of-two from Kwara State, told Punch that she was born with naturally blue eyes. She explained that since it was unusual, her parents took her to the General Hospital where a series of tests were done and it was revealed that her eyes are perfect.

She explained that as she grew older, concerned people kept commenting on her eyes and advising her parents to take her for a medical checkup.

While in primary school, she said her teachers invited her parents and asked them to take her to the hospital to check her eyes. She explained that when her parents took her to the hospital again, the doctors did tests again and told her that there is nothing wrong with her eyes and they are just naturally blue like that of a Caucasian.

She added that the doctors gave her lots of gifts and told her that they love her eyes.

“I can see clearly and there’s nothing wrong with my eyes,” she said.

Risikat grew older and got married. She gave birth to three girls and all of them inherited her eye colour.

However, she explained that her husband, Abdulwasiu Omo Dada, had a problem with it and abandoned them as a result.