The stars descended on Cleveland for NBA All-Star weekend, which drew A-list celebrities such as Adele, Mary J. Blige, Tiffany Haddish, Dave Chappelle, Lil Wayne, Spike Lee, Ludacris, Quavo, and many more, who appeared to enjoy the festivities as much as one can in Ohio. 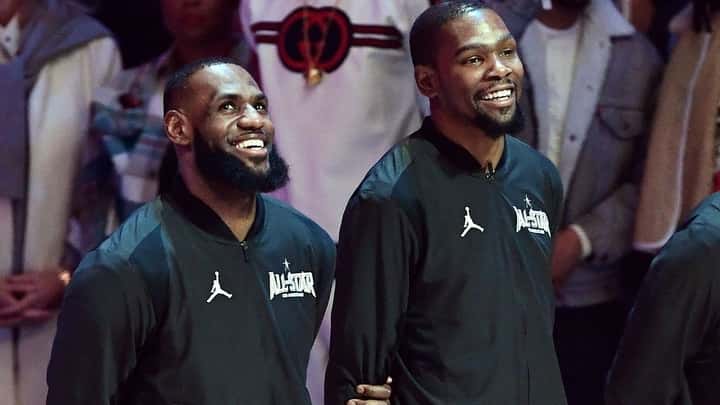 What began as a promising weekend quickly turned into a never-ending slanderfest fueled by fan disdain in the usually enjoyable events.

Jimmy Butler was asked about his thoughts on tonight's #NBAAllStar Saturday Night, he did not sugarcoat his feelings, via an interview with @BallsackSports. pic.twitter.com/eRYA2WeurQ

Giannis Antetokounmpo, the reigning Finals MVP, started things off by losing the very winnable Skills Challenge, setting the tone for quite possibly the worst dunk contest EVER.

During the disappointing event, which was grilled on high fire for HOURS, the renowned Kareem Abdul-Jabbar could be spotted departing at one point.

So this was Monet Tejada’s plan all along…use her nephew(Son) to get to the NBA to get closer to Michael Jordan
pic.twitter.com/vhyZ78a4mM

If you missed it, the full dunk contest lineup included Cole Anthony (Magic), Jalen Green (Rockets), Obi Toppin (Knicks), Juan Toscano-Anderson (Warriors). The contest concluded with Toppin as the victor in an underwhelming final round.

Tboss Drops Shocking Update On How Nigeria Remains Undefeated, When It Comes To Pretty Ladies