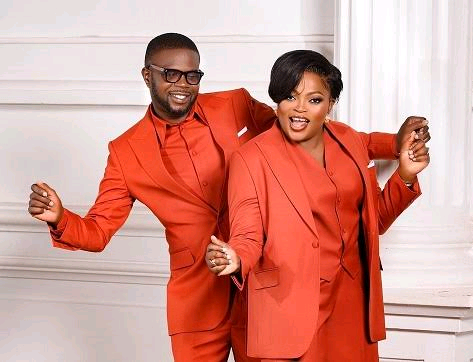 Nollywood comic actress, Funke Akindele and her husband, JJC Skillz are yet to officially make a comments on the rumors of problem in their marital home.

Glamsquad Magazine had earlier reported on the couples getting into a heated argument which lead to JJC Skillz moving out of the their house in Amen estate, Lagos and moving to London.

It was believed that Funke Akindele had allegedly told her husband to leave her house after he had squandered a huge sum of money which she did not approve of.

Read Also: “I am happy to be a mother” – Funke Akindele says

Although the couples are yet to confirm the rumors or deny it, a lot of Nigerians have sent their prayers to them hoping they settle their differences and come back together.

Billionaire Femi Otedola cries out as Mr. Eazi proposes to his daughter, Temi