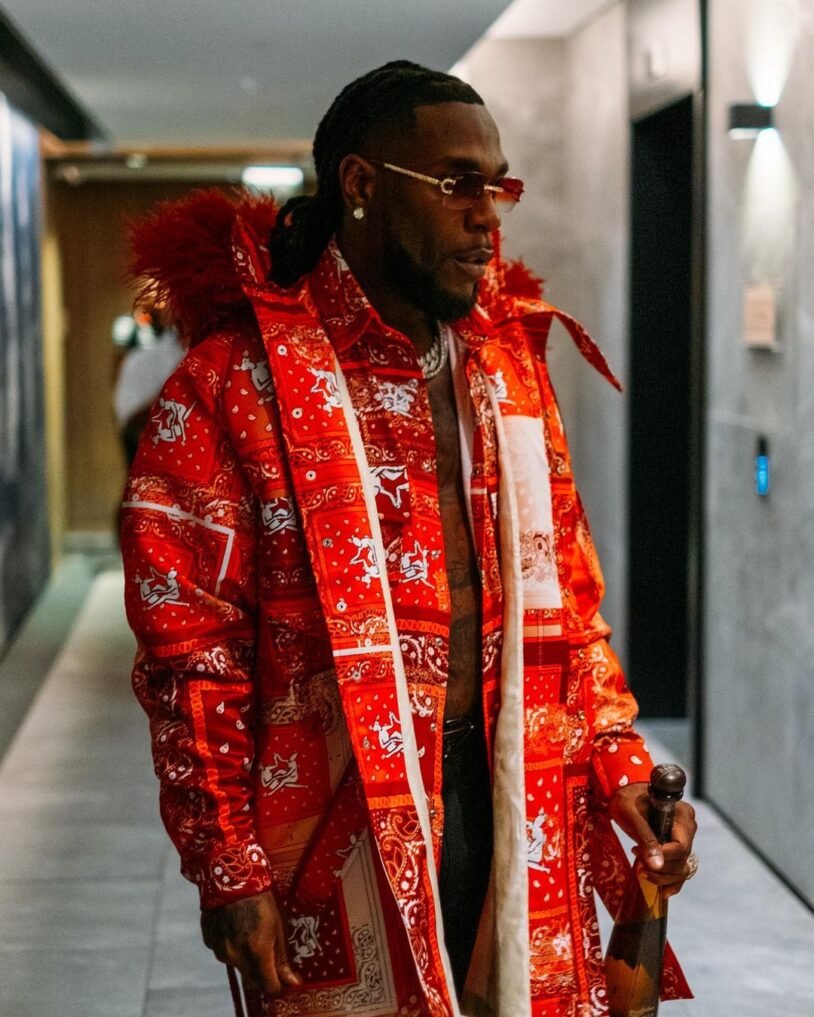 Celebrity status does not always imply the best sense of fashion when it comes to attire. However, some celebrities really do give it their all when wearing expensive clothing.

In today’s edition of fashion evaluation, we will be talking about Grammy award-winning singer, Burna Boy. Before I go head, Lets talk a little bit about Burna Boy. 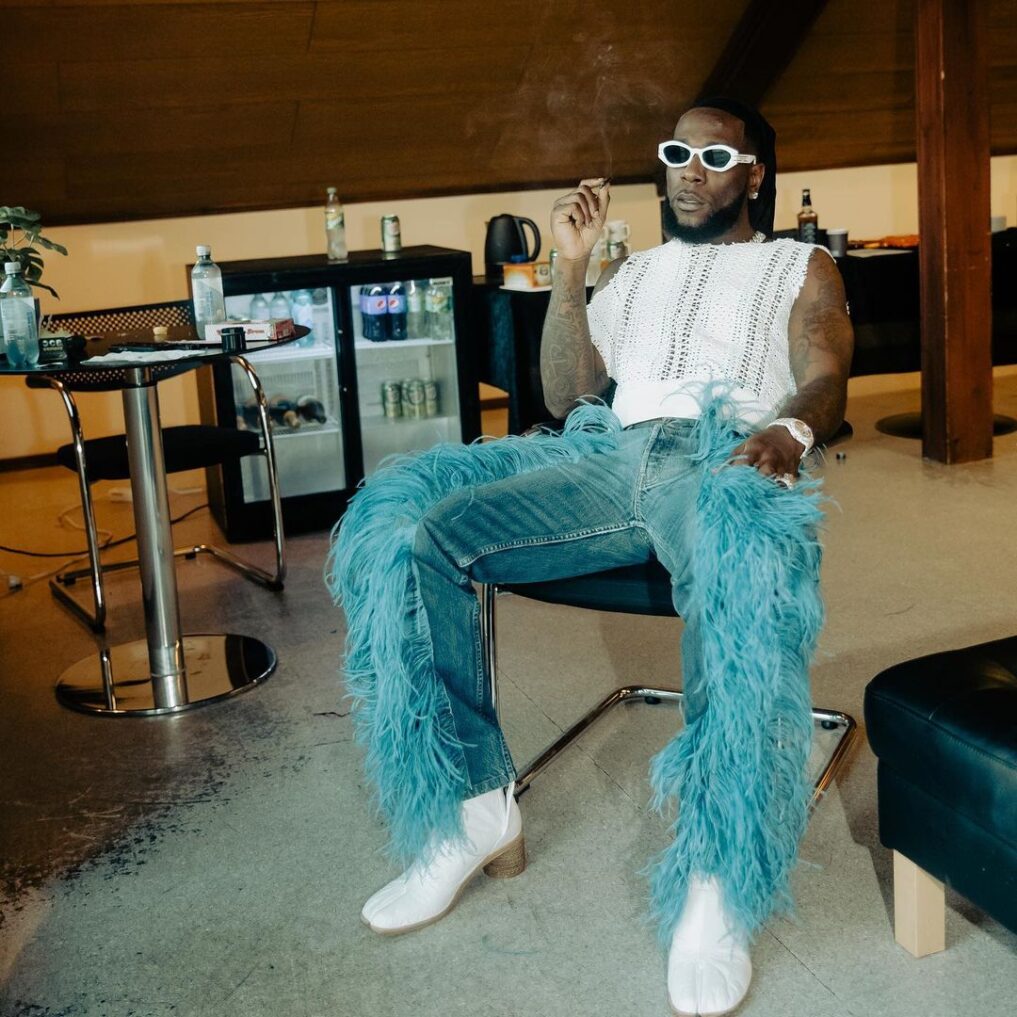 Burna Boy is a Nigerian singer, songwriter, and record producer who was born Damini Ebunoluwa Ogulu on July 2, 1991. The main song off his debut studio album, L.I.F.E., “Like to Party,” which was released in 2012, catapulted him to fame (2013). 2017 saw the signing of Burna Boy to Warner Music Group globally and Bad Habit/Atlantic Records in the US. Outside, his third studio album, was his first release on a big label.

He was named an Apple Music Up Next artist in 2019 and won Best International Act at the BET Awards that year. African Giant, his fourth studio album, was released in July 2019 and was nominated for a Best World Music Album Grammy Award as well as winning Album of the Year at the 2019 All Africa Music Awards. At the 2020 VGMAs, he received the African Artist of the Year award. Burna Boy became the first Nigerian musician to receive back-to-back Grammy nominations when his fifth studio album, Twice as Tall, was released in August 2020. Twice as Tall was nominated for the same category at the 63rd Annual Grammy Awards. Twice as Tall received the Best World Music Album award at the Grammys in 2021.

Back to the fashion evaluation, here are some of the best outfit worn by Burna Boy; 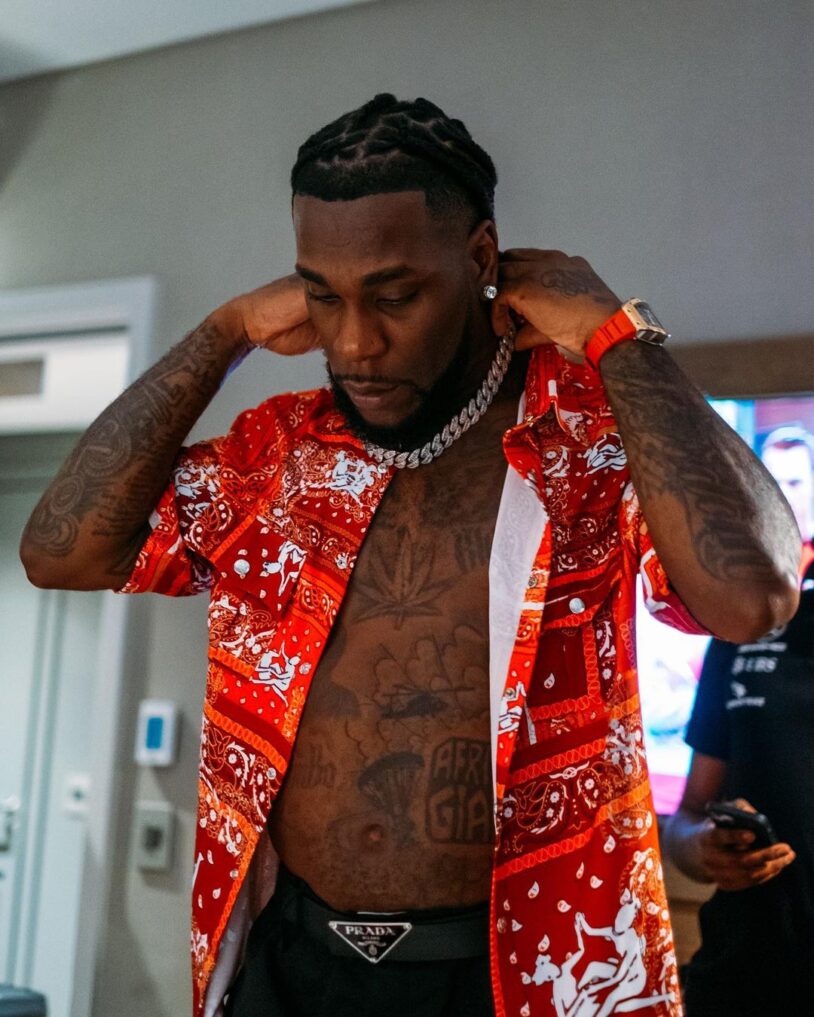 The red designer vintage shirt goes very well with the multi-million Naria chains around his neck. 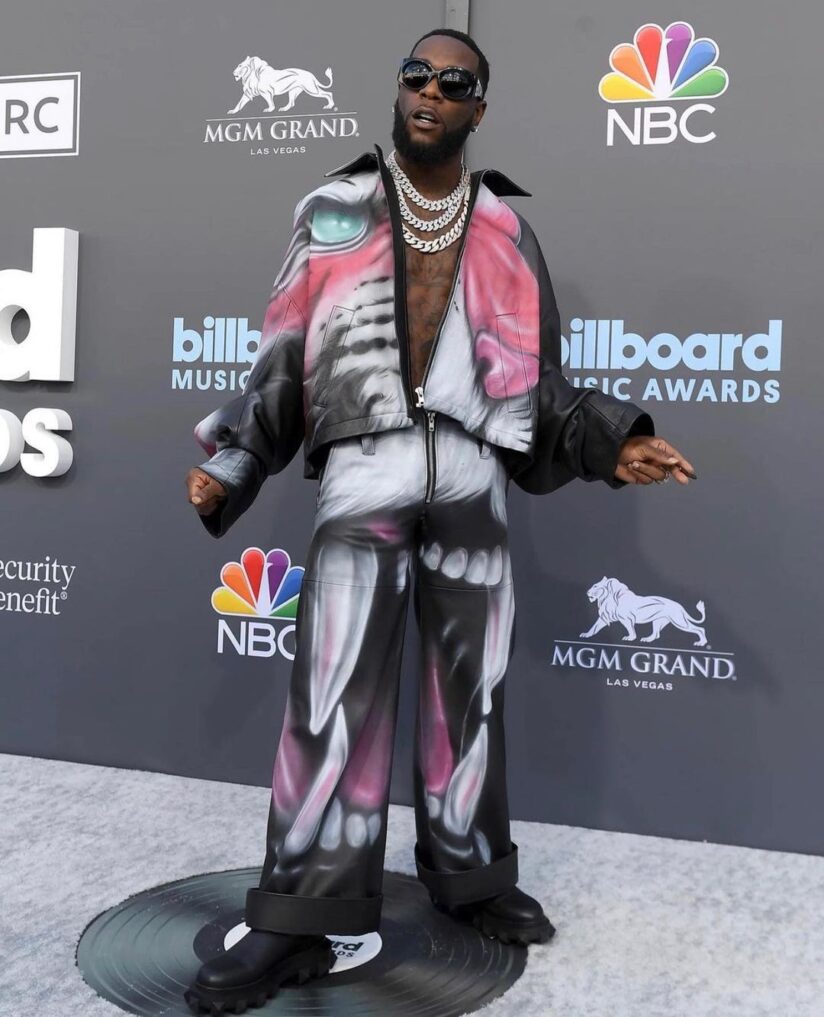 Burna went to the 2022 Billboard Music Awards looking fly! as he donned a designer skeleton two piece; a jacket and an over sized pants, which he complimented with a track tire boots. 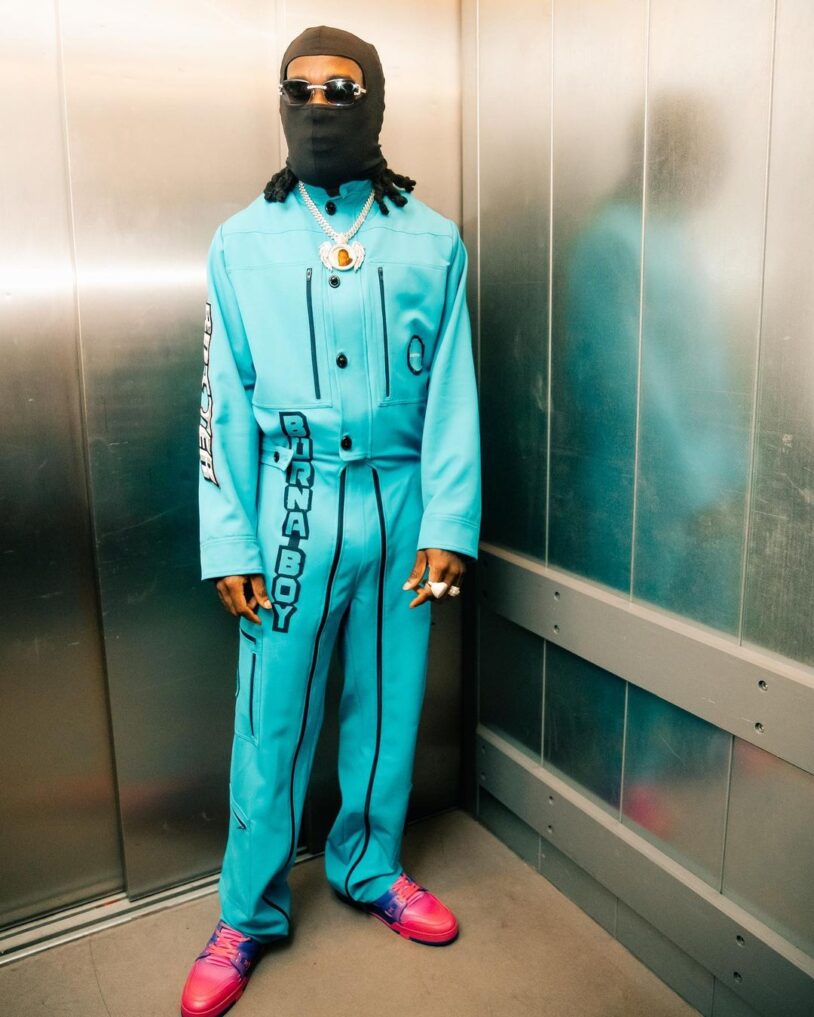 Burna is seen in a two piece customized clothe with the now famous celebrity mask with a customized chain. After seeing this picture its save to say Burna is all customized.

See other designs below; 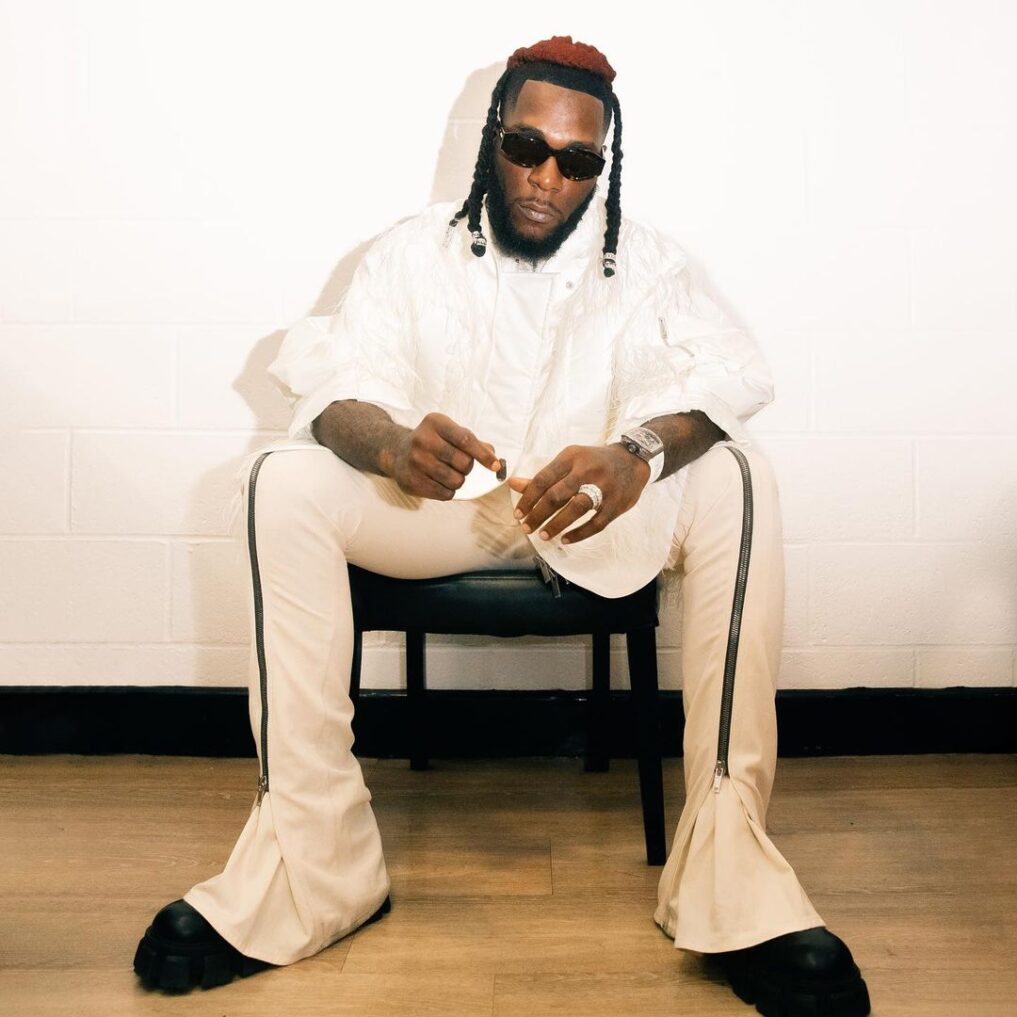 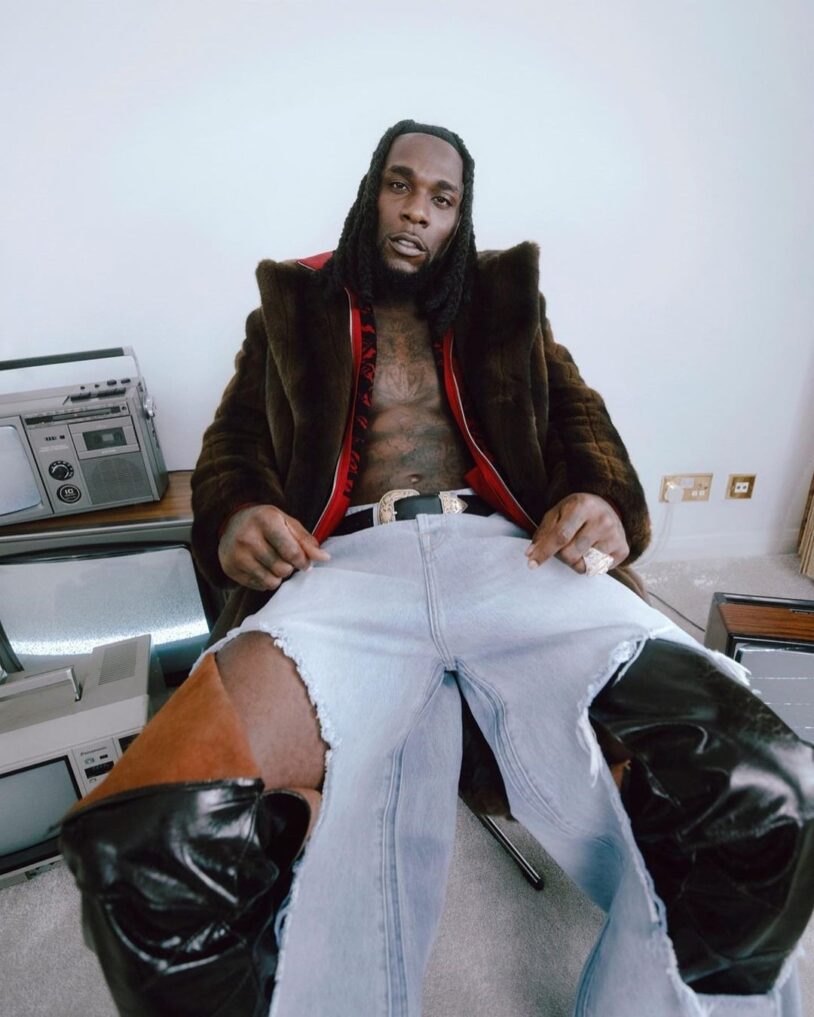 French designer Virginie Viard's bags, shoes and others at the Paris Fashion Week