American supermodel Kendall Jenner should probably stick to runways because she doesn’t give much on editorials.

The reality TV star is gracing two covers of the Elle USA August issue, and people aren’t feeling it.

Despite all the Celine fashion she’s wearing in the photoshoot by Zoey Grossman, Jenner’s facial expressions seem so bland.

She looks the same on both covers, and people are starting to question her modelling abilities. 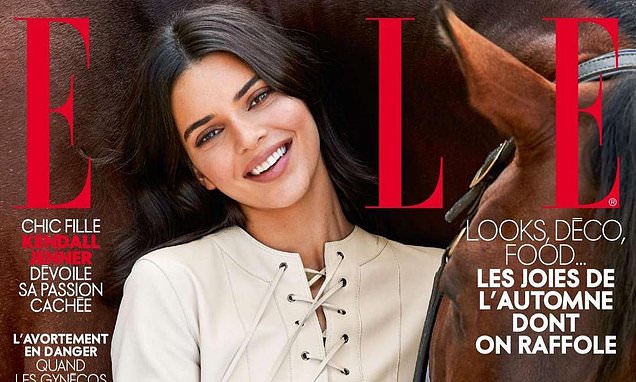 “Now see … why would you, as a publication, approve this shoot or even pick out these photos when you already have another photoshoot far better than this one that is going in the *same* issue, do you *really* want two covers this bad? I mean we all know why but, you know, why????” commented @LAVIDAPRADA.

Others said that if Jenner competed on America’s Next Top Model, she would be out sooner.

“She has the same face in three of the pictures. I will always say she would be eliminated on week 3 of ANTM,” said @mal_i_que.

Sorry she doesn’t have the it* she is too blah, she gives nothing at all https://t.co/LjBOg8XTpY

compare this to aduts and u have to wonder why shes the highest paid model https://t.co/0A3JVmVY2B

Meanwhile, Adut Akech is also gracing the cover of the Elle August issue. The South Sudan-born supermodel looked ravishing during the photo shoot by Chris Colls. She donned bright garments from luxury designers such as a pink dress from Tom Ford, a Raf Rimons yellow oversized sweater and a green Prada sequin dress.

The model told the gloss that it’s her time to show the world that black women are beautiful.

“It was the first time I was in a space with people who didn’t look like me, people who weren’t used to seeing people like myself. I feel like this is my moment to show people — and to show the world — that yes, Black women are beautiful,” explained Akech.