In response to criticism that it lacks customer service, Facebook created live chat assistance to assist users who have been locked out of their Facebook accounts.

Despite this, many people continue to openly criticize Facebook, Meta, and Instagram, claiming that they lack the ability to provide basic support not only to Facebook stars but also to regular users. 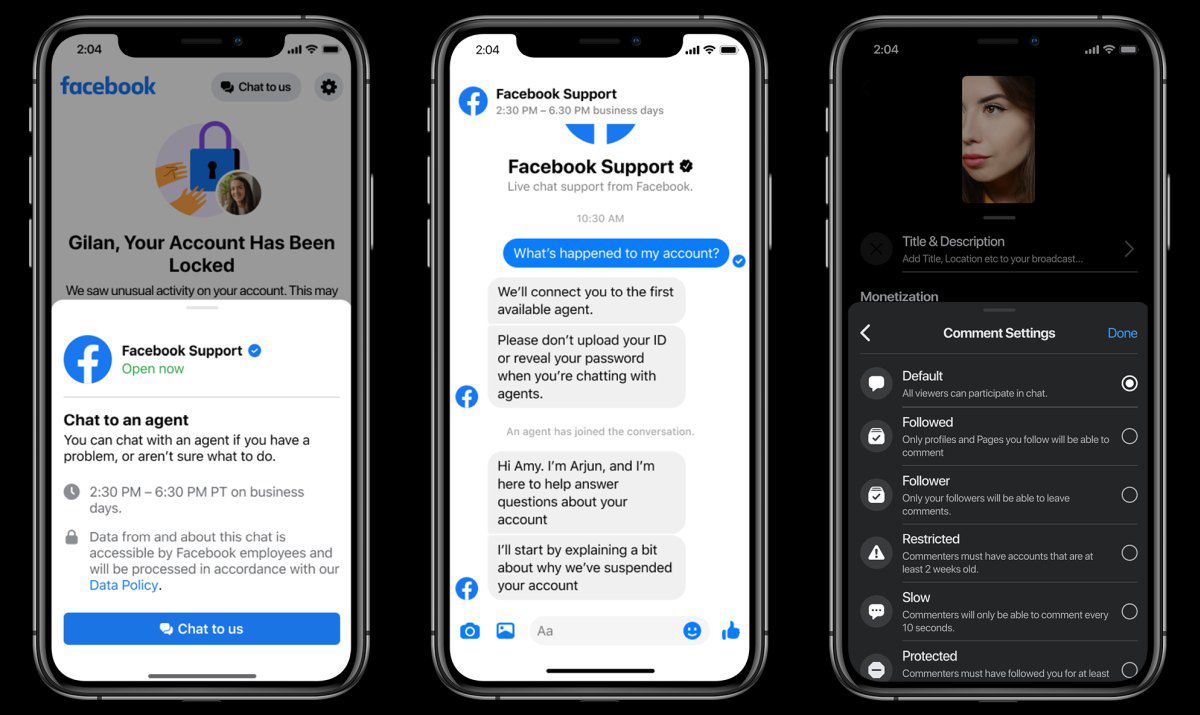 One of the most frequently occurring concerns on the site is that customers are unexpectedly locked out of their accounts. According to critics, it is best to reach out to these users, whether through community moderation or page management tools.

Facebook replied by adding live chat help for English-speaking creators, announcing a’small test’ to try out the tool. As a result, internet celebrities who are prominent on Facebook can answer quickly if they have questions about rewards, guidelines, or other issues.

Along with this tool for online stars, Facebook now offers live chat support for those who are locked out of their account for whatever reason.

The Origins of Facebook’s Live Chat Support for Locked Accounts

In August of this year, BuzzFeed reported on an underground economy of people claiming insider knowledge of Meta and demanding money to assist users restore their accounts.

Users who run their businesses on Facebook may believe they have no choice but to pay, especially if traditional customer support routes are unavailable.

Facebook is presently testing “live chat help for some English-speaking users internationally, including creators who’ve been shut out,” according to the company.

The company claimed in an announcement that it was offering live support for the first time, focused on users who couldn’t log in owing to strange activity or because they’d supposedly violated the community guidelines.

Needless to say, there would be no live chat support for regular users seeking help to regain their accounts if it weren’t for creator privilege.

Along with Facebook, there have been several changes. One of the most notable is the addition of new live chat support.

Better comment moderation with keyword blocking, moderator help that can conceal posts with links or photos, and a means to prevent new accounts that individuals attempt to create later are among the enhancements unveiled this week. In addition, there is a specific location where you can view and read hidden comments.

Furthermore, Facebook has just added the ability to co-broadcast with up to three extra guests, so if you’re attempting to go live and attract new fans, you’ll be able to do so with a larger group of people.

Finally, video presenters can include featured links that viewers can click on without leaving the video, as well as polls that operate on mobile as well as desktop.

Smart weights are the key to WFH — workouts from home

BBNaija Angel Cries Out to Fans and Brands, says "I Have Respiratory Infection"