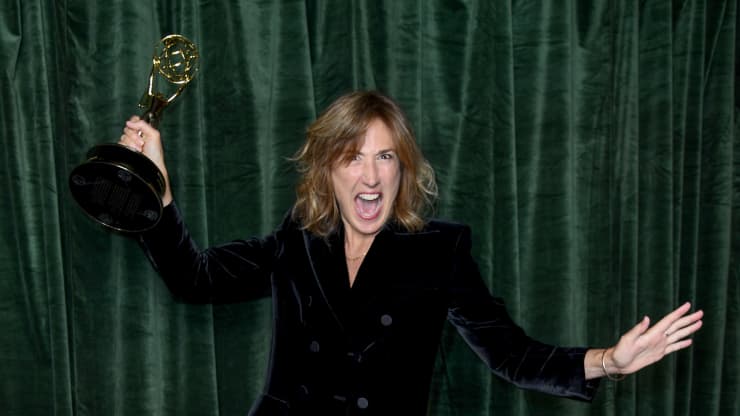 The EMMY Awards 2021 proved how far women have come in the movie industry, not just as actresses by as movie directors.

Especially in the area of Drama and Comedy, women grabbed almost all the awards available. In what didn’t seem like a surprise, Director of “The Crown’s”, Jessica Hobbs and Director of the movie “Hacks’”,  Lucia Aniello won the outstanding directing awards for a drama series and a comedy series, respectively.

Interestingly, this is the first time in history that women have coveted both directing categories in the same year.

After her win, Hobbs said in her acceptance speech that:

“The Crown,” marks only the fourth time in 67 years that the Emmy for outstanding directing of a drama series has gone to a woman.

“Not a lot of women have won this award so I feel I’m standing on the shoulders of some really extraordinary people,” she said on stage accepting the award. “I’m very grateful for the path they led, and I particularly would like to pay tribute to my mom who at 77 is still directing.”

Hobbs is the daughter of director Aileen O’Sullivan.