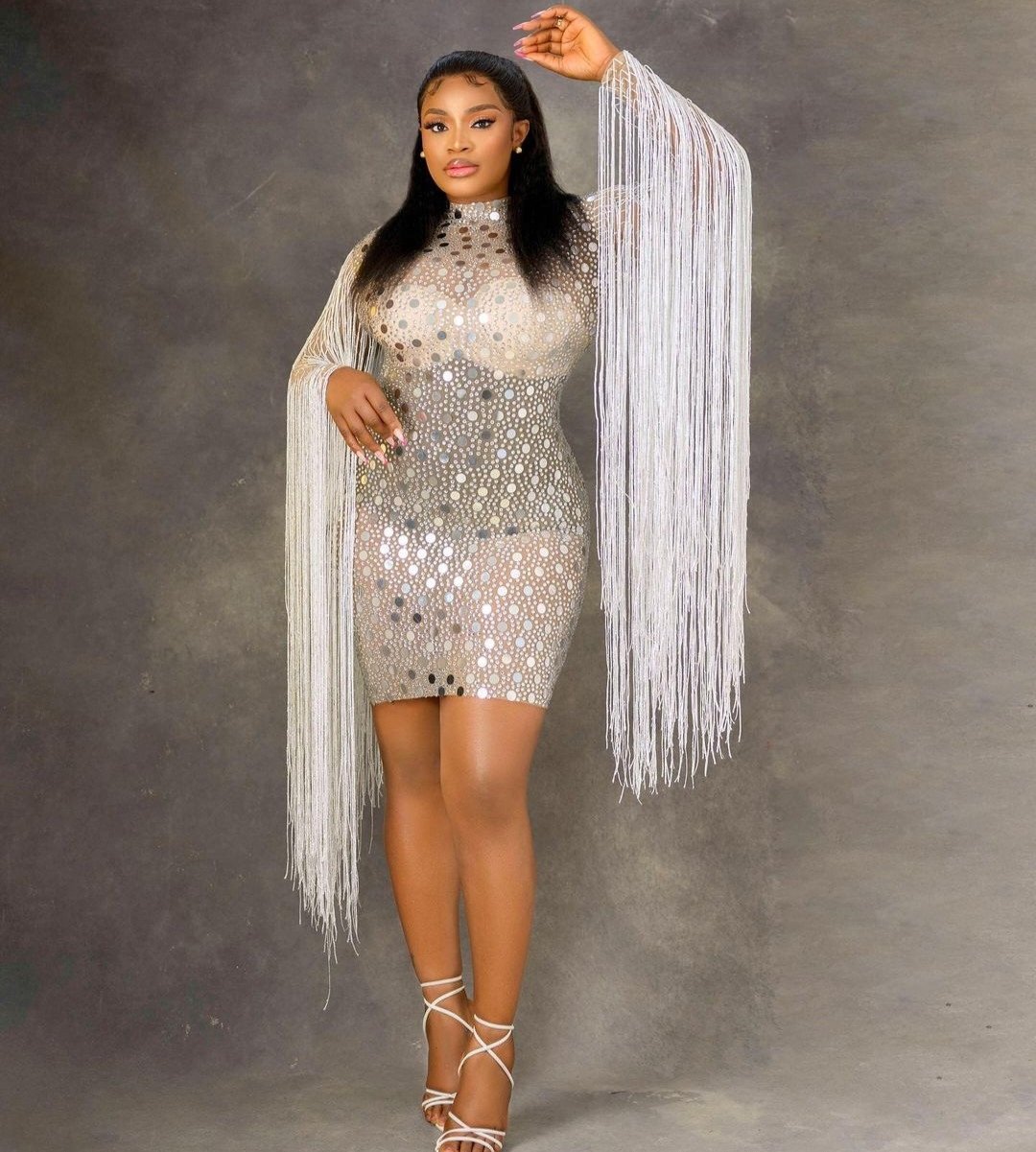 Uche Ogbodo has slammed critics who make fun of her for dating a younger man, glamsquad reports.

People keep shaming the actress, who is dating singer Bobby Maris and has a child with him, and calling her an old woman every chance they get.

So, on December 3, she responded to the critics.

She asked the trolls if their fathers didn’t like older women as well.

She then warned the critics not to provoke her because she has a violent temper. 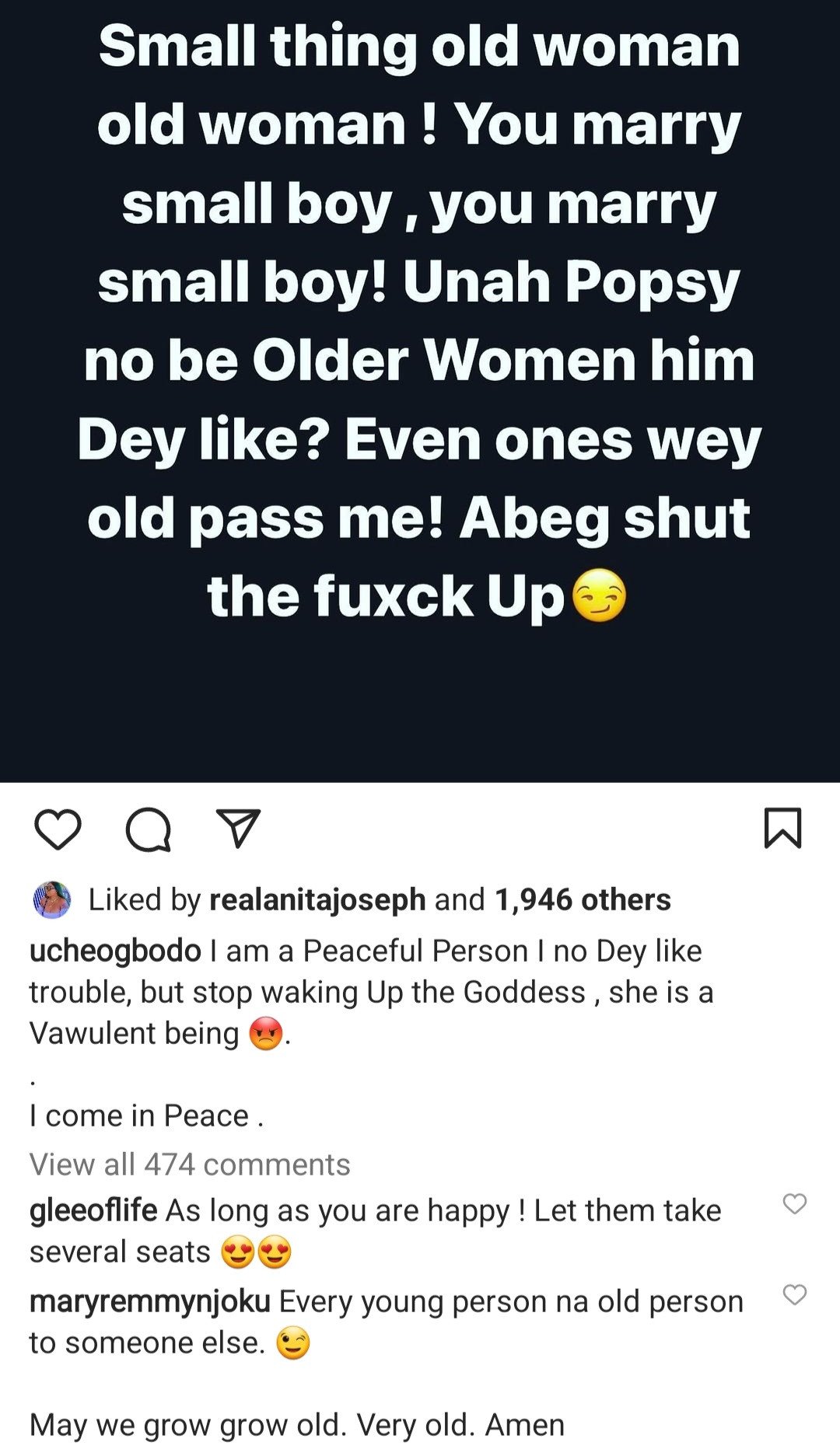