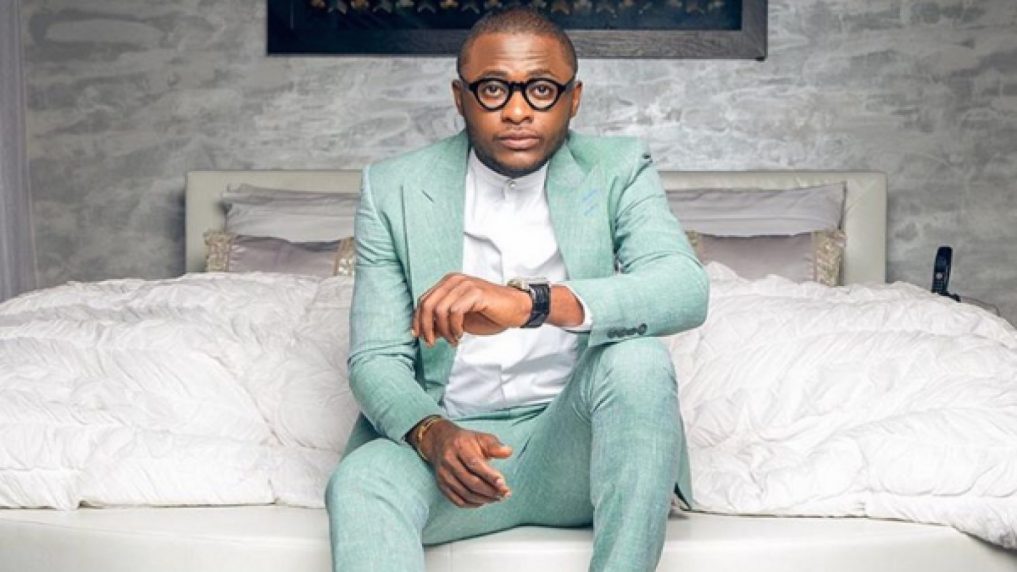 Talent manager, Ubi Franklin has taken to his official Instagram page to give his piece of mind on the now trending Will Smith slap.

Ubi who used this opportunity to call out Nigerian comedian, Bovi for making a joke of him and his kids while hosting the Headies Award in 2021.

The music executive noted that henceforth, anyone who mocks him and his kids will get a similar treatment. He threatened that anyone who attacks him should get ready to be called out as he would release receipts of them the world doesn’t have. According to him, comedy should not be used as a decoy to disrespect people on National TV. 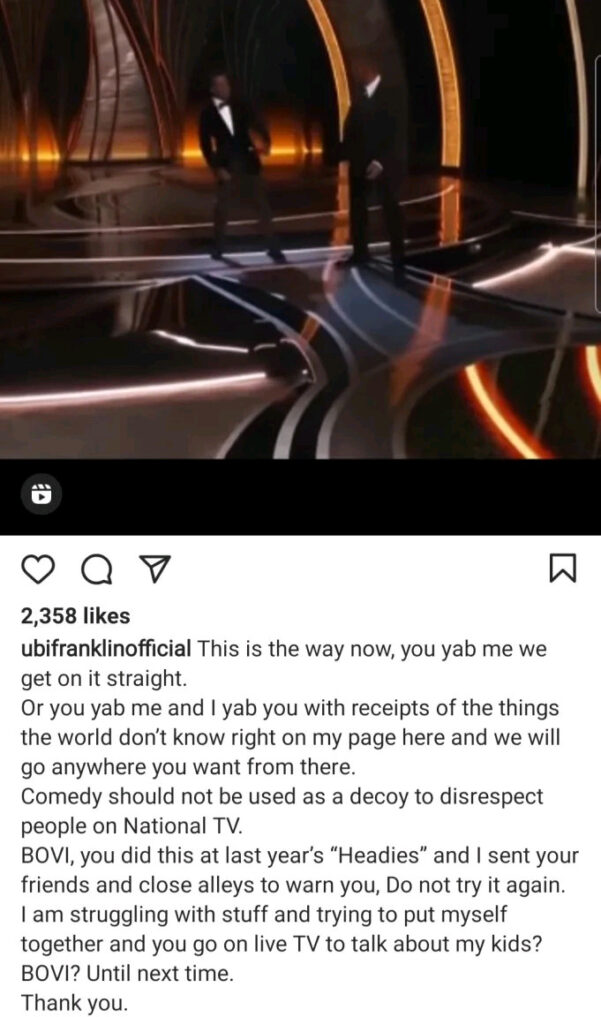 Glam Look Of The Day: Beyonce Stuns in a Gorgeous Yellow Dress