Portable Omolalomi, a.k.a. Street Problem’, a sensational Nigerian singer, issued a warning to a lady who attempted to take a video of him after he stormed a boutique to buy a dress.

Portable, who rose from obscurity to popularity in his singing career barely a year ago, has maintained his momentum since then. 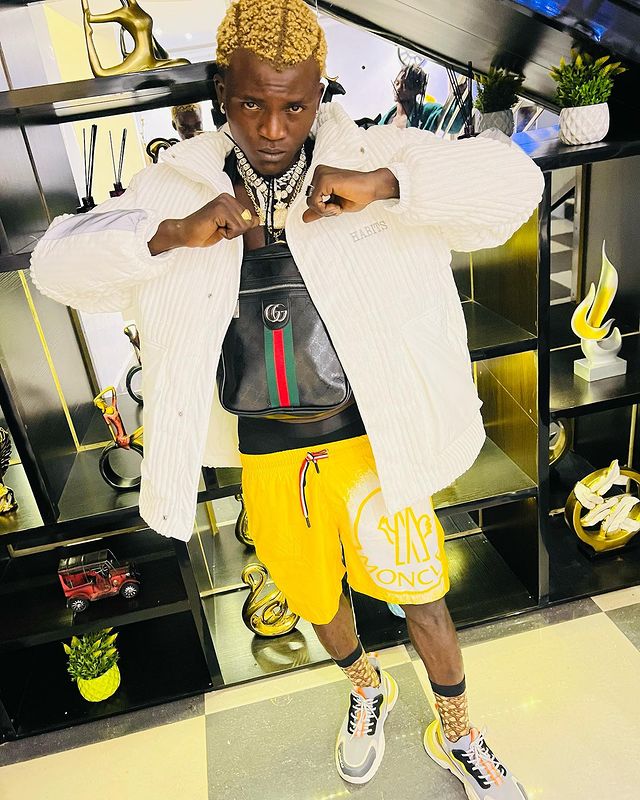 In a recent viral video, the musician was seen in a trendy boutique while a fan sought to get a shot of him using an Android phone.

After realizing what the lady was doing warned the fan pulling a smartphone on him saying; “Don’t use Android phone camera me,”

The video which is trending fast on social media has elicited disapproval by some netizens especially users of android phones.

Some called for justice for Android whilst others insisted Android phones are better than IOS devices like iPhones.

‘You don forget weytin you use before you blow so soon android users haf sha suffer ! iPhone don too dey overrated, nothing Dey am buy sha buy your own first’

Haha and na one time u sef dey use Android oo  God dey  We go buy iPhone one day, Android get level,Samsung is way better than your iPhone.

Watch the video below;

"Whatever you do, pray this Wizkid never comes back" - Netizen reacts to old post of Big Wiz trolling with no mercy