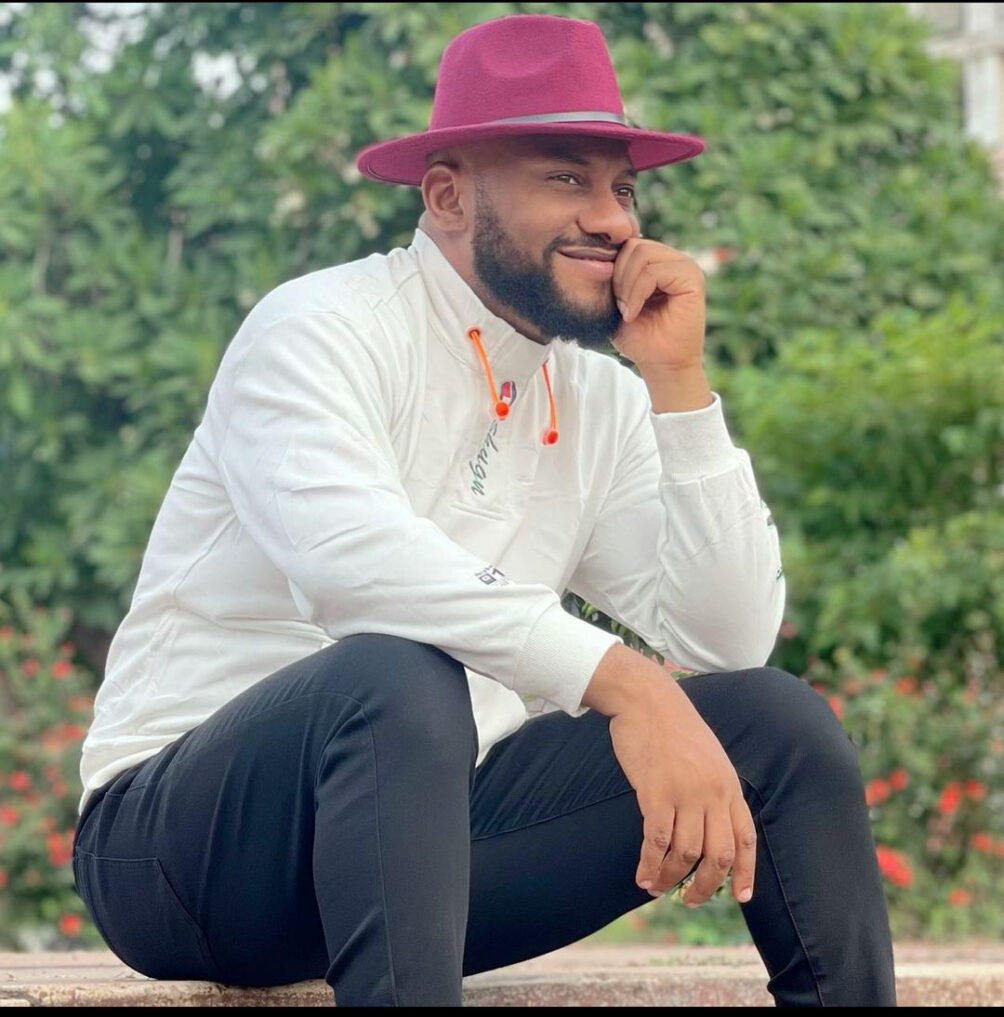 Nollywood actor, Yul Edochie has issued a warning to all who care to listen about the 2023 general election.

The polygamous actor who backed out of the Presidential race said there is a need for Nigerians to be very wary of their utterances online and offline to avoid inciting tribal war since the major flag bearers are from the three major ethnic groups in Nigeria.

READ ALSO: “Religion And Tribal Sentiments Have Done Nothing For Us – Kate Henshaw Shares Deep Thought

He wrote;
“At this point, we need all need to be careful with our utterances. As the three major flag bearers are Igbo, Yoruba and Hausa.

“Let’s not turn the campaign into tribal war. Cos some Kain talk don dey build up small small. People are free to support whosoever they believe in. If you don’t like any other person’s choice, free am.

“Your choice must not be other people’s choice. Let’s be guided. Election is not war. Yul Edochie.” 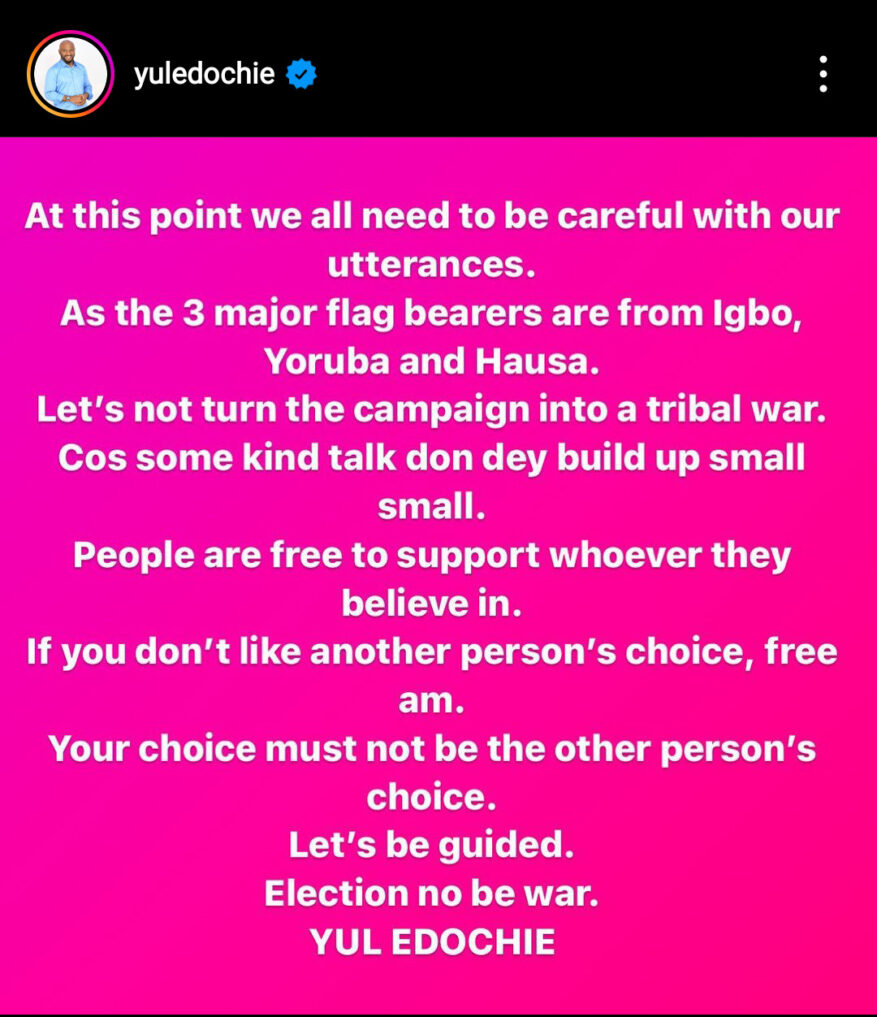 READ ALSO: “I am sick and tired” – 2Bace Idibia Laments