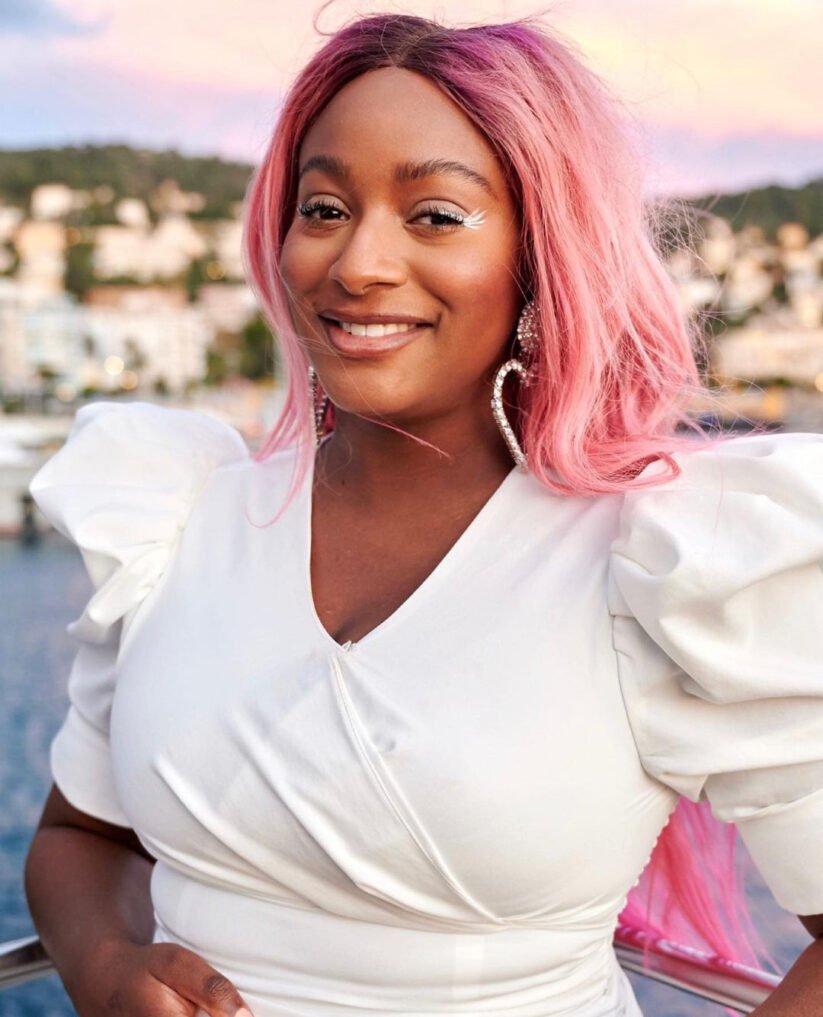 Cuppy who is the beautiful daughter of billionaire, Femi Otedola has been gushing about her new age, ‘the big 30‘.

A few days back, the billionaire heiress took to her Twitter page to make to reveal her desire to get a birthday shout-out from American rapper, Nicki Minaj.

It is worthy to note that DJ Cuppy retweeted her two day old tweet today.

The celebrity designer wrote a birthday note to the billionaire when he turned 60 a few days back.

“If @TomFord can personally write a birthday note to my Dad for #FO60. Then @NickiMinaj I’m going to need a birthday shout-out on #CuppyDay. 11/11 BARBZ HELP ME!!!”. 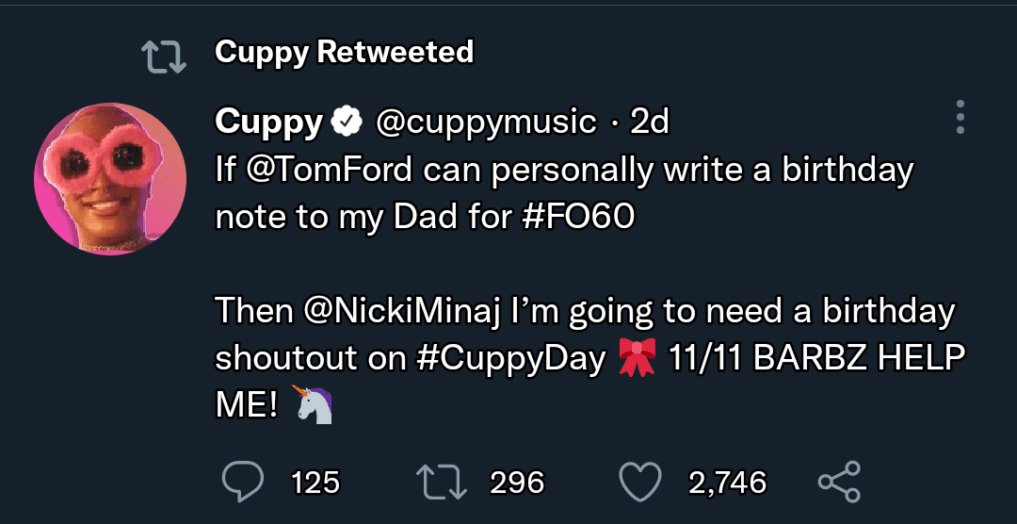 Glamsquad notes that at exactly 12am today, 11th November, Cuppy wished herself a happy birthday. 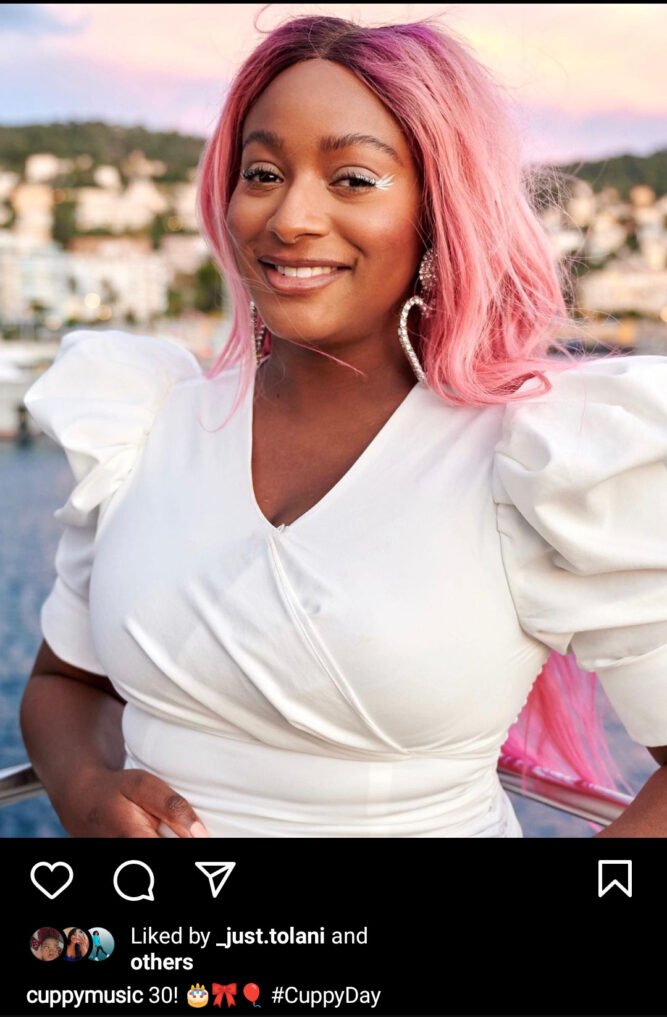 Her father and sister, Temi Otedola took to the comments section to wish her a happy birthday. 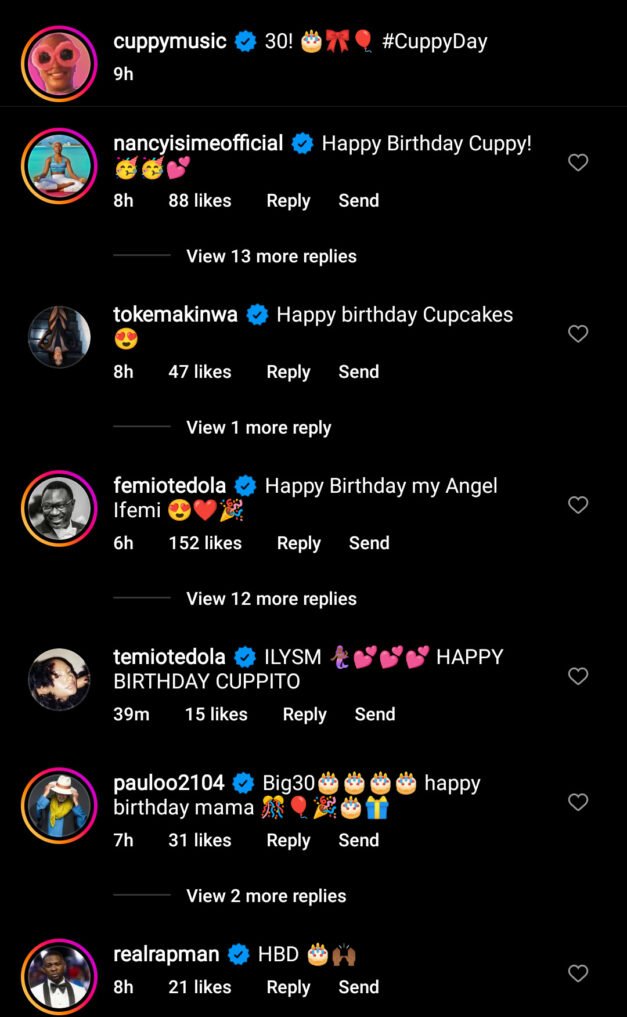 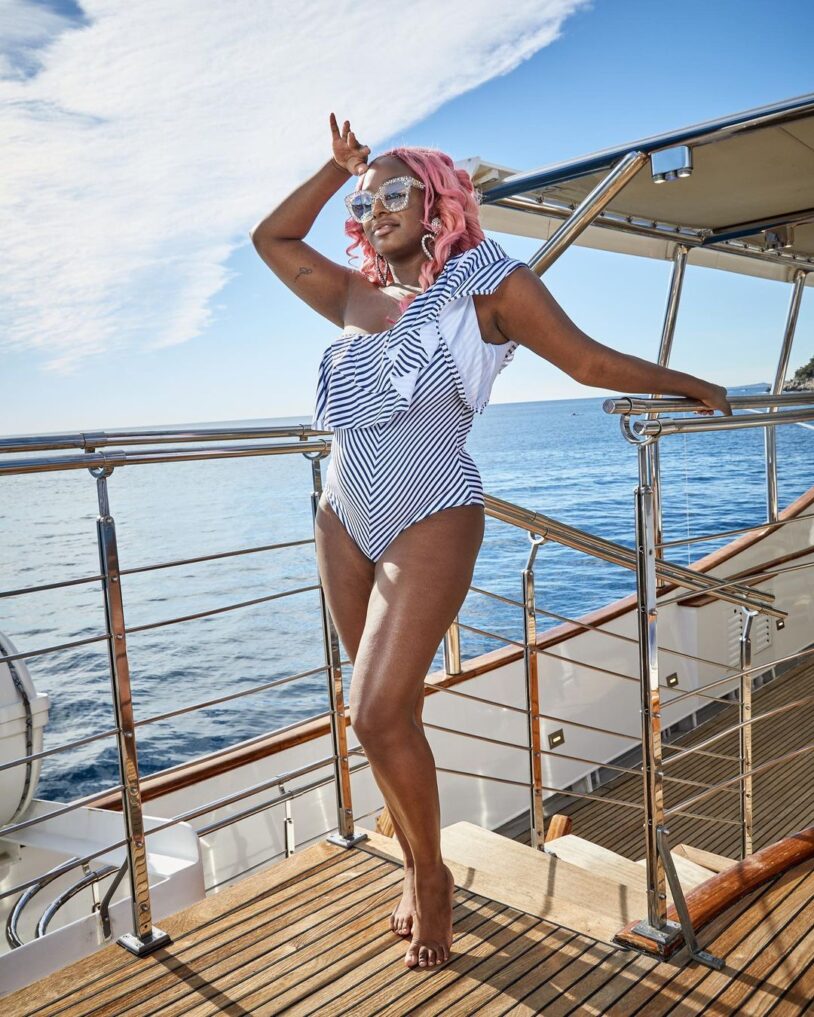 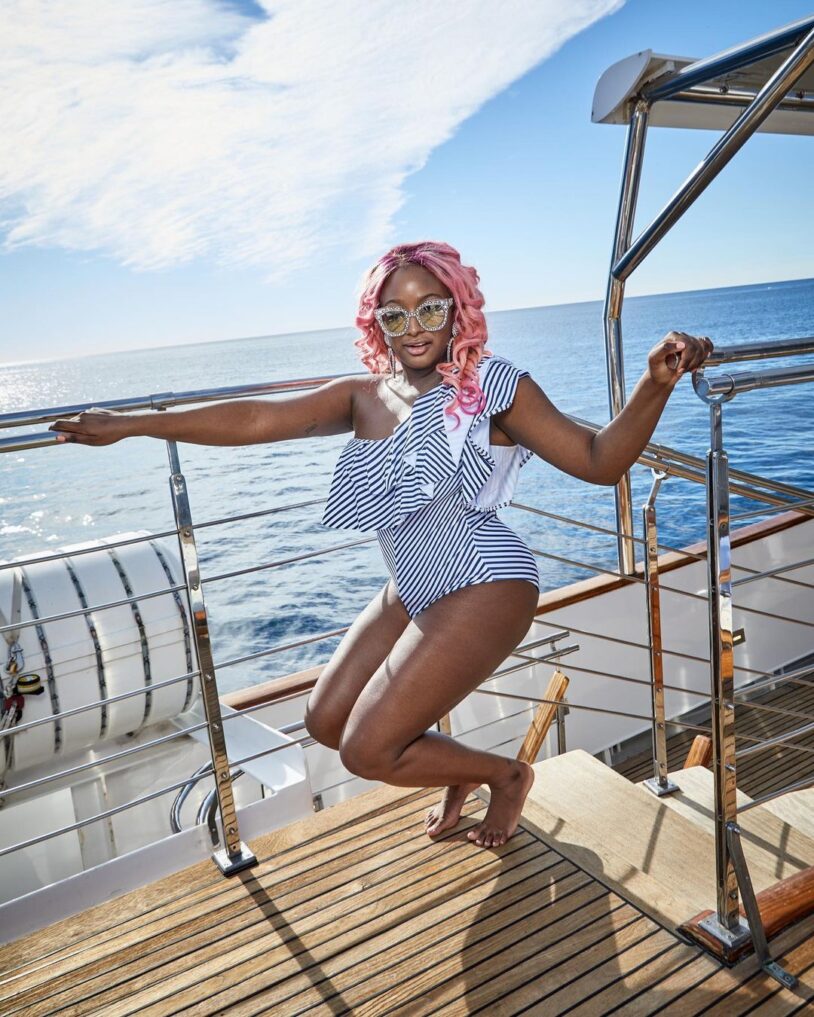 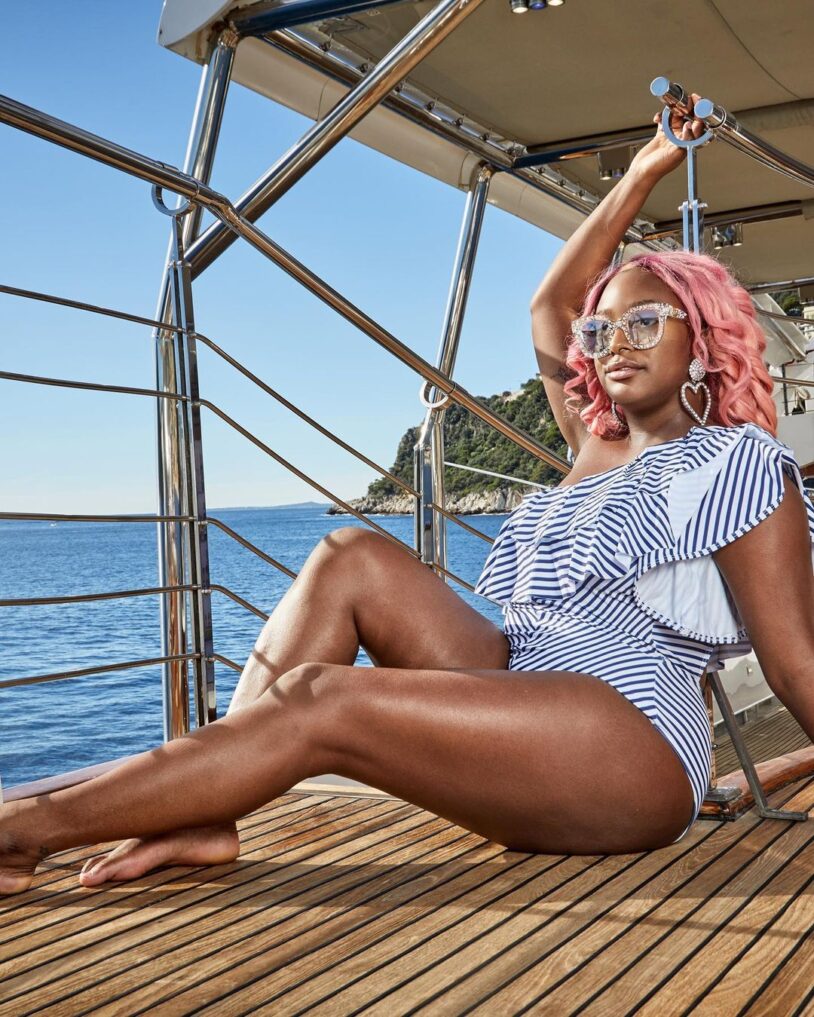 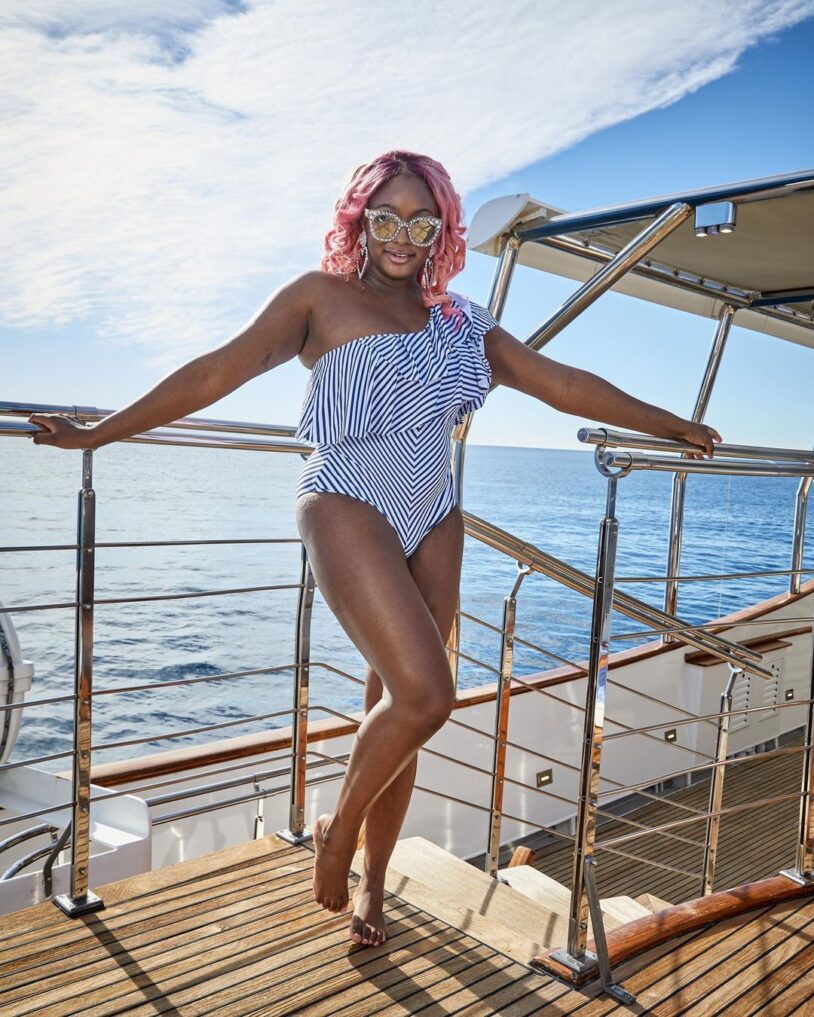 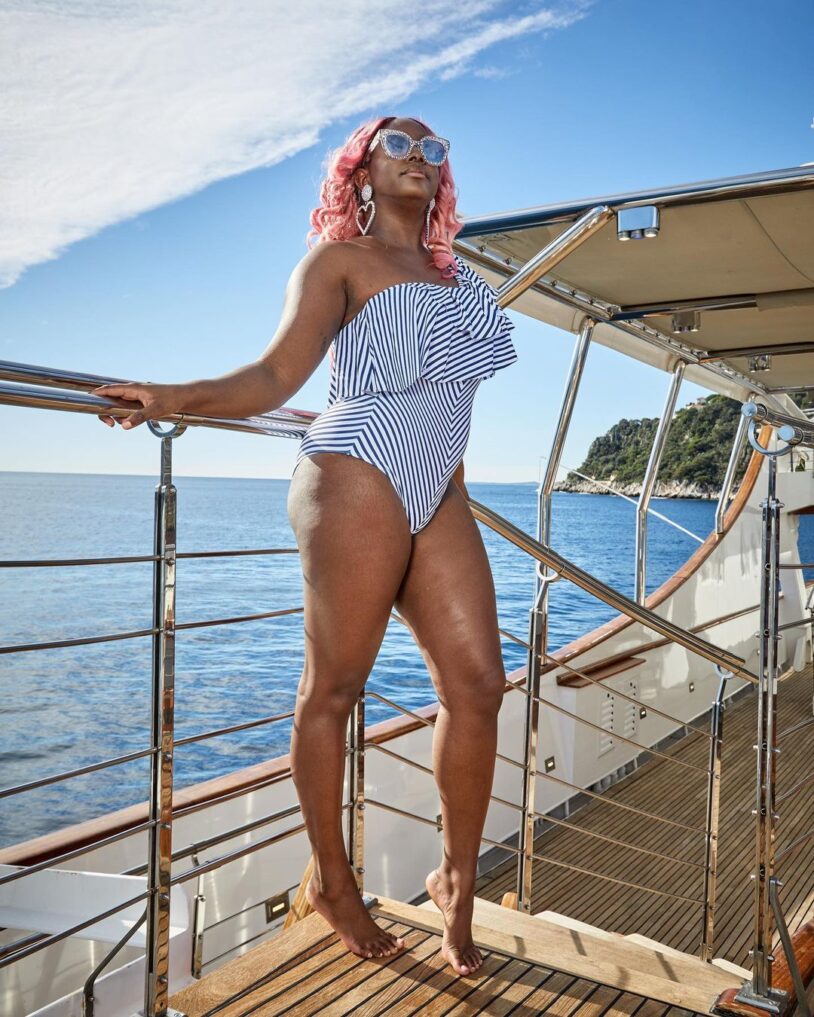 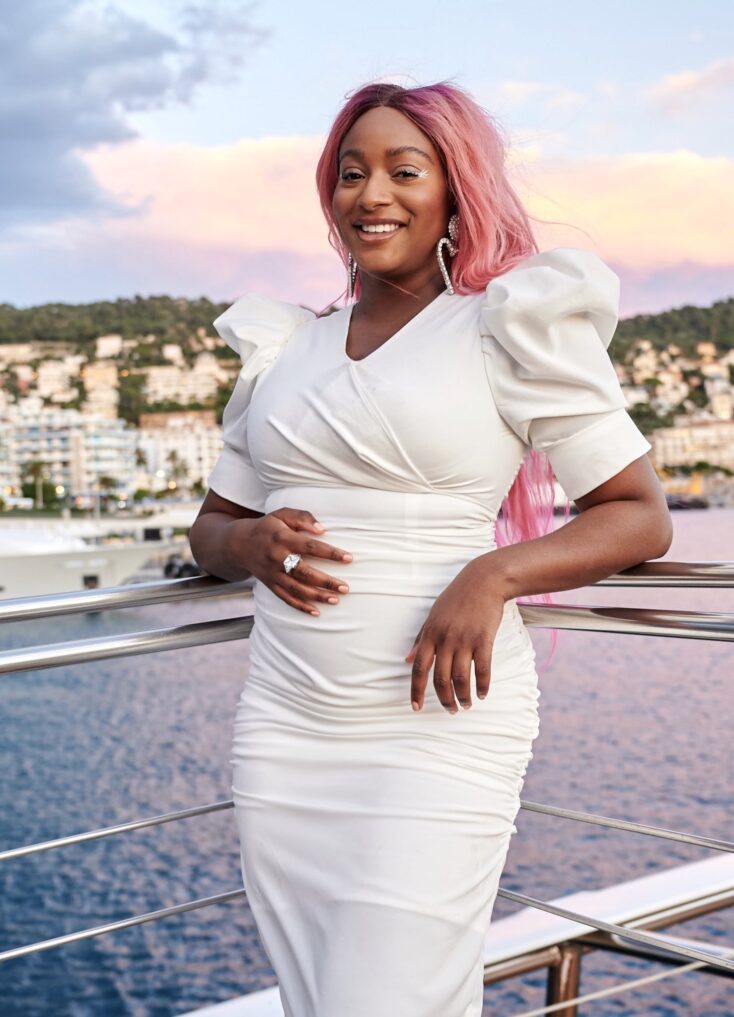 Florence Ifeoluwa Otedola born  11 November 1992. professionally known as DJ Cuppy, is a Nigerian disc jockey and producer. She grew up in Lagos and moved to London at the age of 13.

She graduated from King’s College London in July 2014 with a degree in business and economics. In April 2020, revealed on Twitter that she was a vegan.

In 2014 Cuppy was the resident DJ at the MTV Africa Music Awards in Durban. In 2015 she went on her first DJ tour to 8 African countries, titled “Cuppy Takes Africa”. She produced two songs, “Vibe” and “The way am”, for Young Paris’ “Afrobeats” EP.

In July 2018, her foundation raised over N5bn for Save the Children.

DJ Cuppy enrolled in University of Oxford in October 2021  to pursue a master’s degree in African Studies. She graduated on 27th September 2022.

Read Also: Netizens react after Tacha asks for a clap for being a celebrity

Video: Wizkid opens up on relationship with Burna and Tems

“Found him”- Once again, DJ Cuppy gushes over fiance