It’s no news that Riri’s tour sold out and was a success except when she had a bit of drama …. There’s always some drama at these things. However my eyes caught some distinct fashion she had on so I thought it best to get the fashion details from non-other than her stylist as she detailed it to Vogue.

For her entry to the tour centre in LA, she was dressed down with a pop of classic louis Vuitton

According to her stylist;

“Craig made this white coat, and I really wanted to start in something with canvas, with no decoration or beading or anything, sort of as a fresh start. To me, it was anti what any pop diva would ever be wearing to open her concert. She’s wearing this really well-designed yet incredible simple bodysuit that Adam Selman made for us, and a pair of thigh-high ruched boots by Giuseppe Zanotti.”

“It’s this nude lace-up jumpsuit with crisscross lacing that goes up and down the body. It really looks pretty naked onstage, but she’s totally covered, and then he made a head-to-toe do-rag that’s really, really amazing. I love it so much. The lace-up bodysuit is one of my favorite things on the tour. It’s really simple, and really strong.”

“It’s a fringed, beaded jumpsuit with this huge, really dramatic, sweeping chocolate brown coat. It’s incredible how she can really whip that thing around. It’s really gigantic but also really light. I don’t want to constrain someone’s movement or feelings onstage just for a costume. I like to think you can inspire what the artist is doing through fashion, but you don’t want to weigh them down.”

“For the finale, we did a suit with Y/Project, who I really love. I think [Glenn Martens] is really talented. She’s wearing a leather bodysuit by this amazing designer from L.A. called L.A. Roxx. For that, she’s worn different sunglasses: custom Selima Optique, vintage Dior sunglasses from the ’70s—we’ve been switching it up. I really love ending the show in an oversize brown suit because she can pull that off so flawlessly, and again, that just feels so anti what you’re ever going to expect to see.” 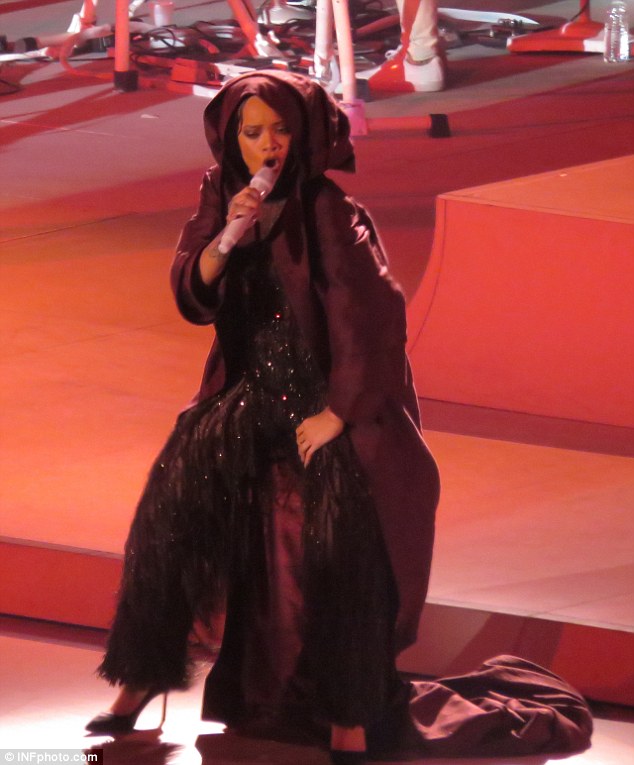 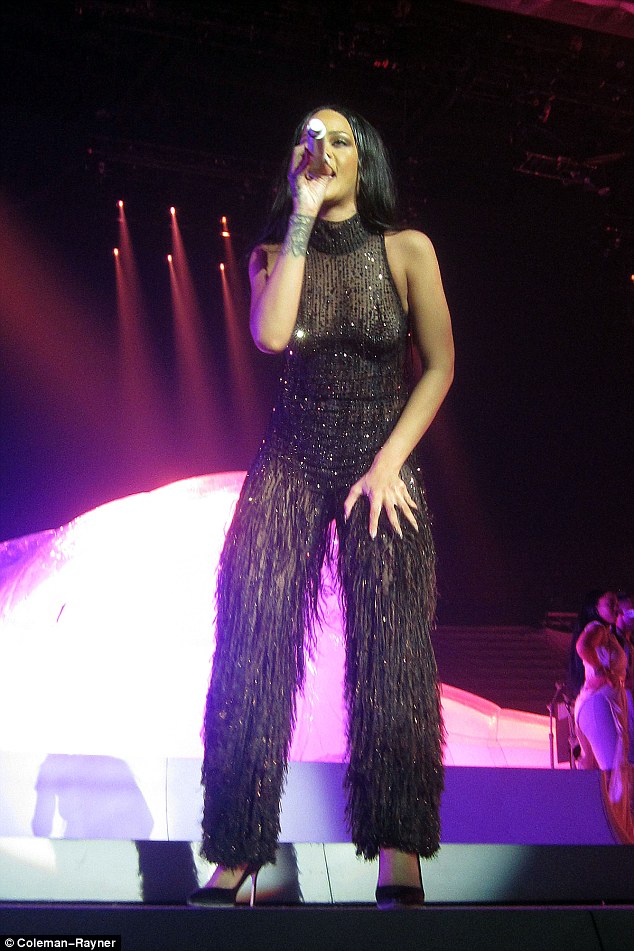 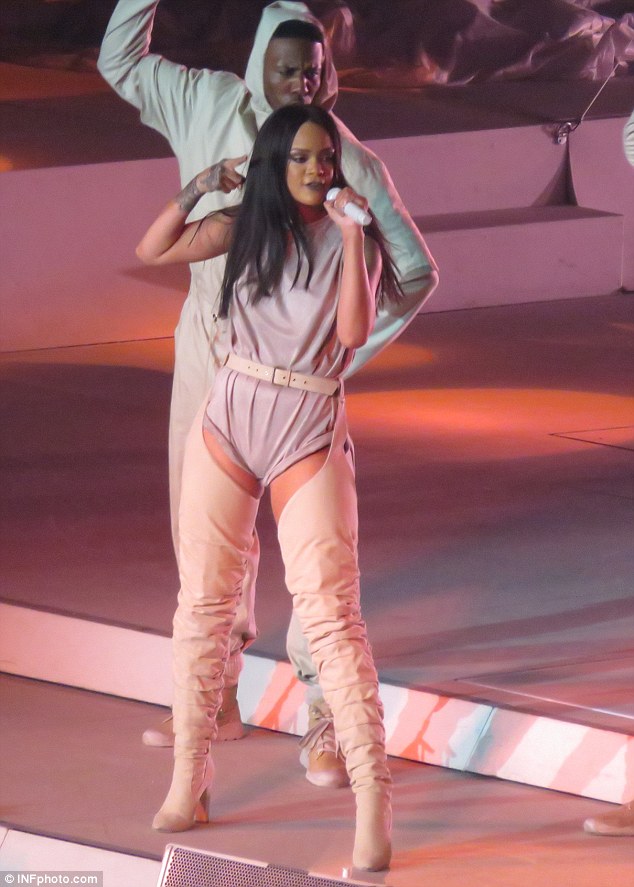 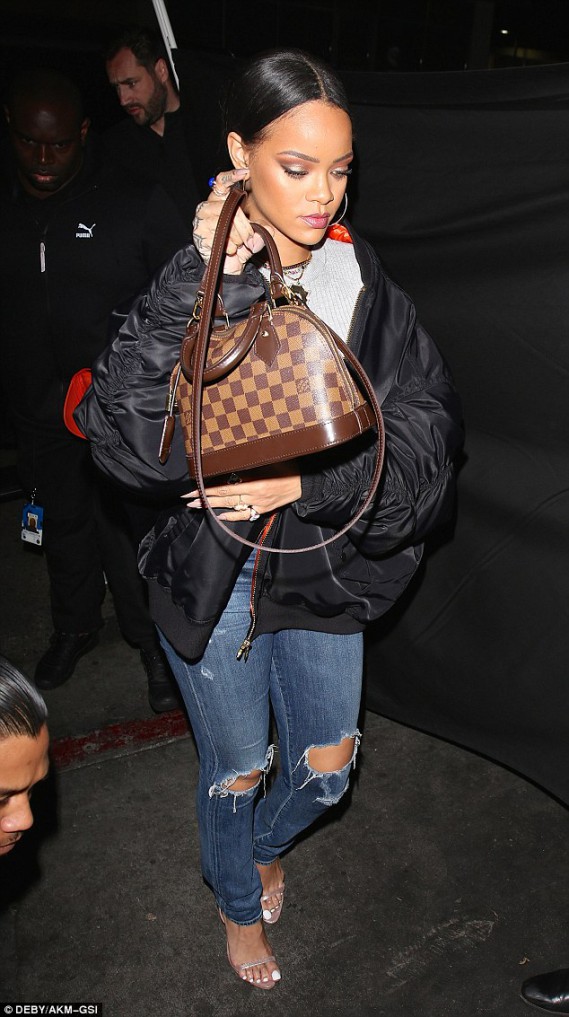 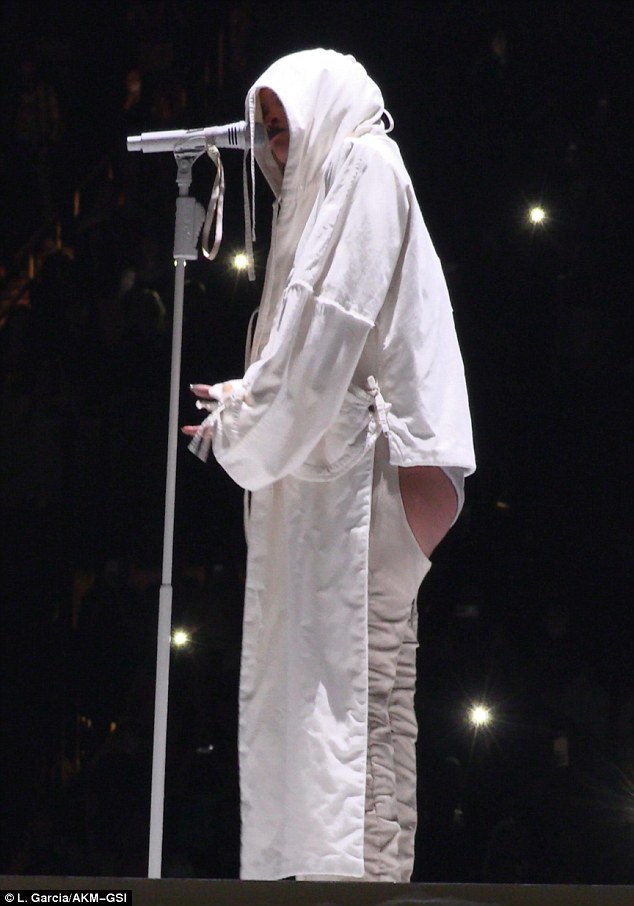 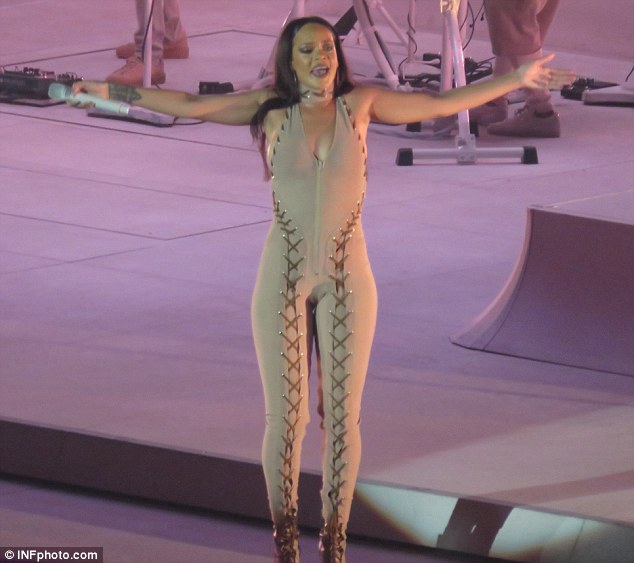