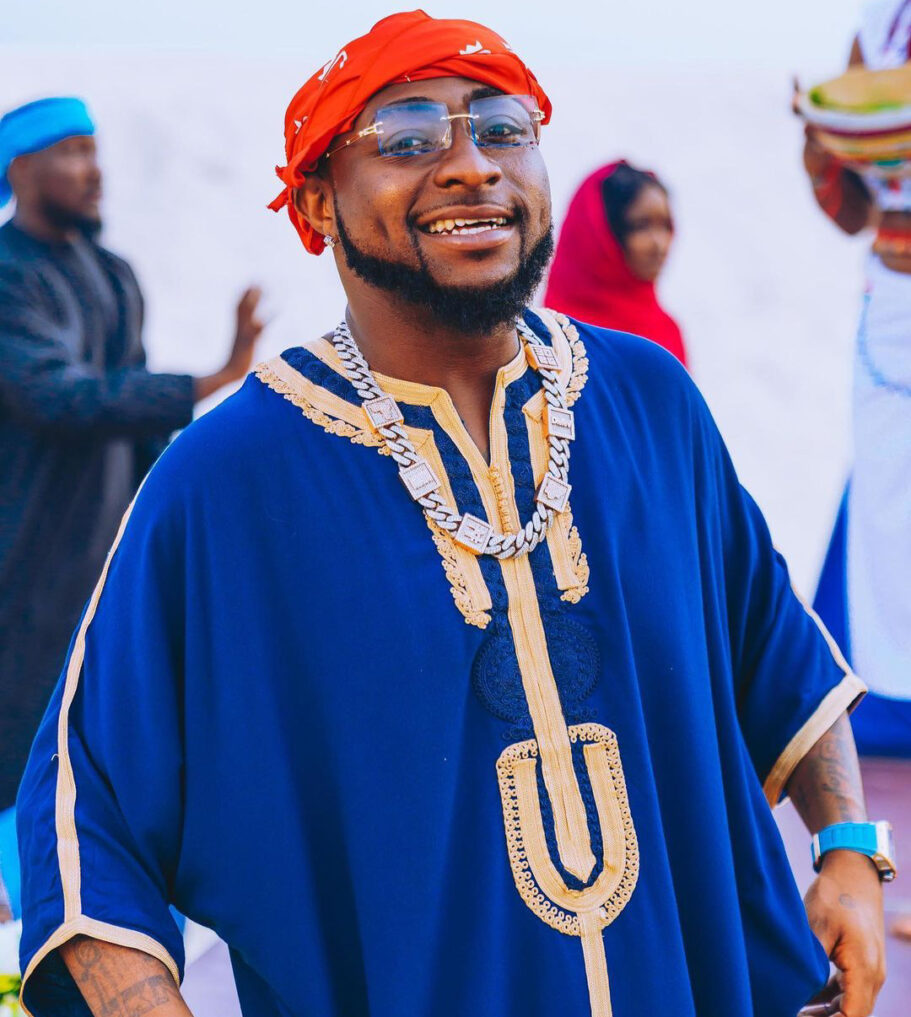 Afrobeats singer, Davido has penned an emotional note to himself as he reflects on his journey in the entertainment industry.

The ‘Stand Strong’ crooner took to his Instagram stories to recount the struggles he passed through in the music industry to get to his present stage.

READ ALSO: “It’s fake” – 2face reacts to rumors that he impregnated another woman

He noted how the media set up false news about him which has caused controversies in his life and career.

Davido also revealed that he had maned up several times to work things out with people the media have made his enemies despite being the little one by age.

He further described himself as the only Nigerian artiste that almost every other successful and great artiste in the Nigerian music industry has either been compared to or formed against. 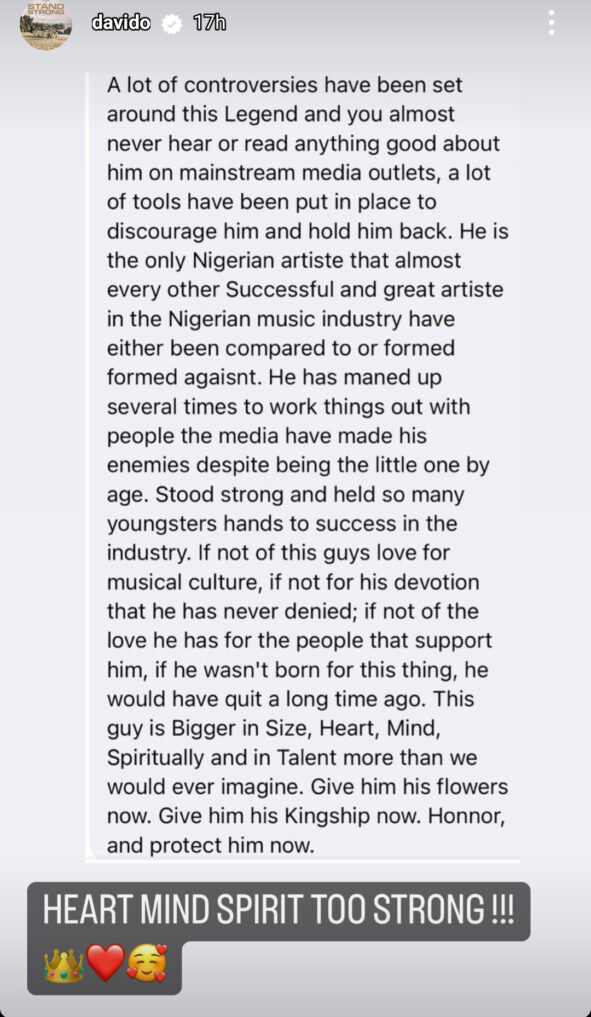 He seized the opportunity to shower prayers on himself. 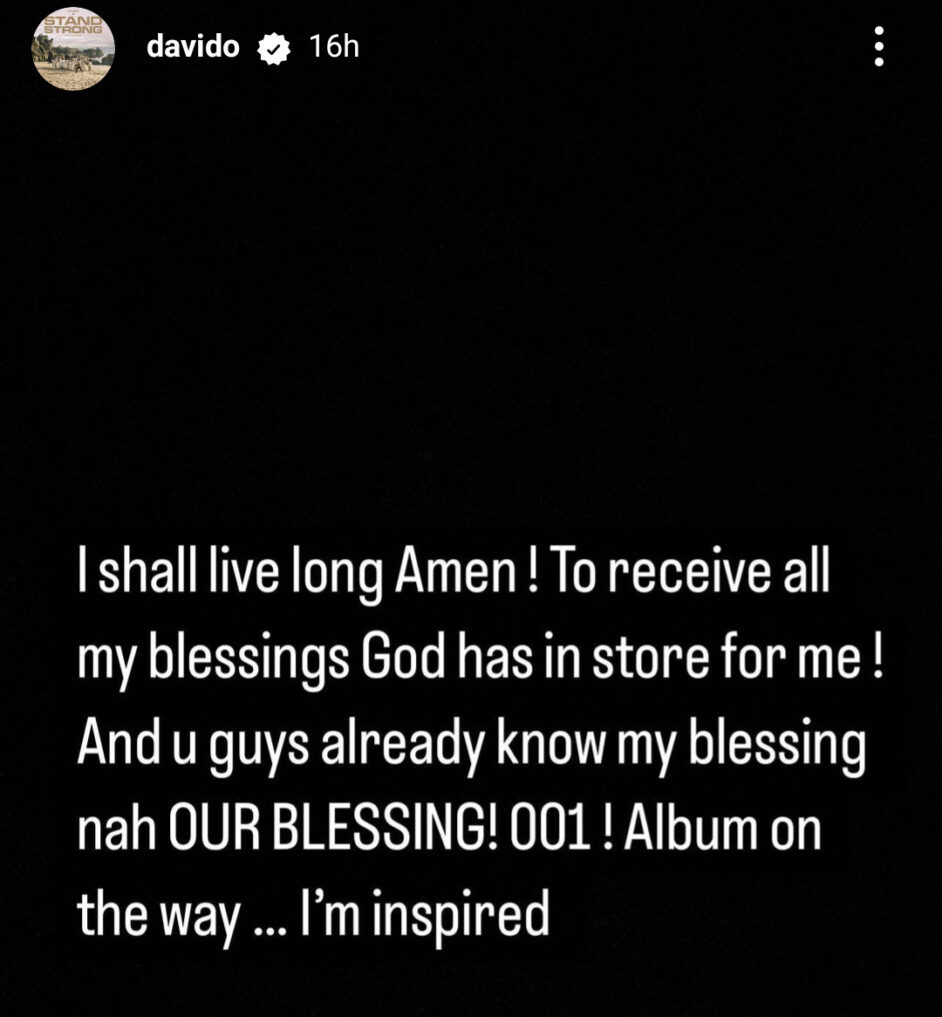 In another post on his Instagram stories, Davido talked about the love he has for Nigeria. He said he often comes back to the country immediately after any show outside the country because there is no place like home. 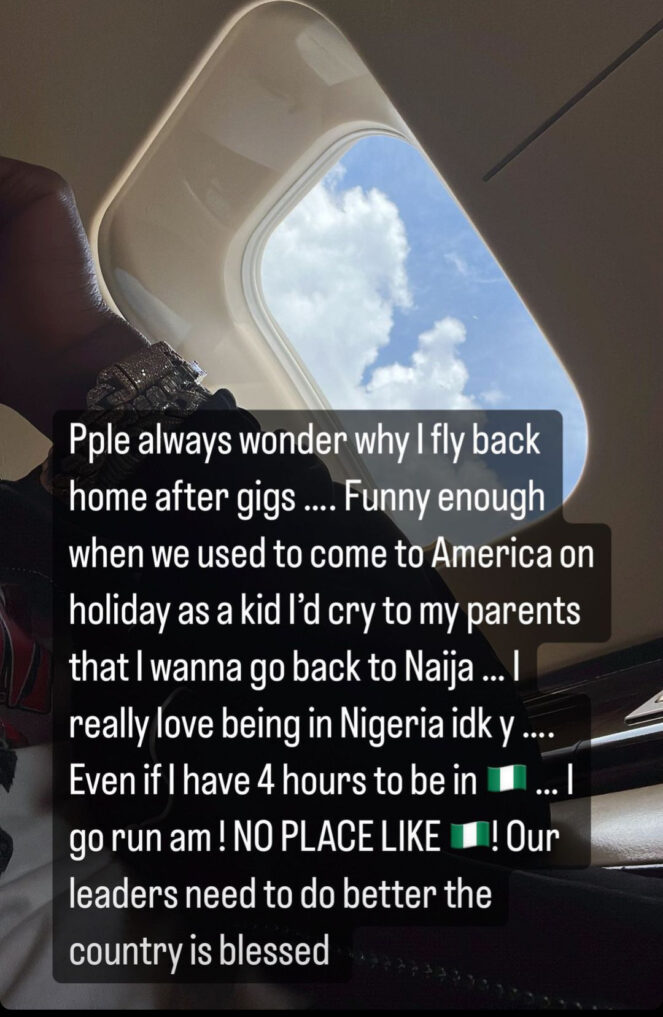