Entertainment
3 weeks ago
by Oma Damians
0 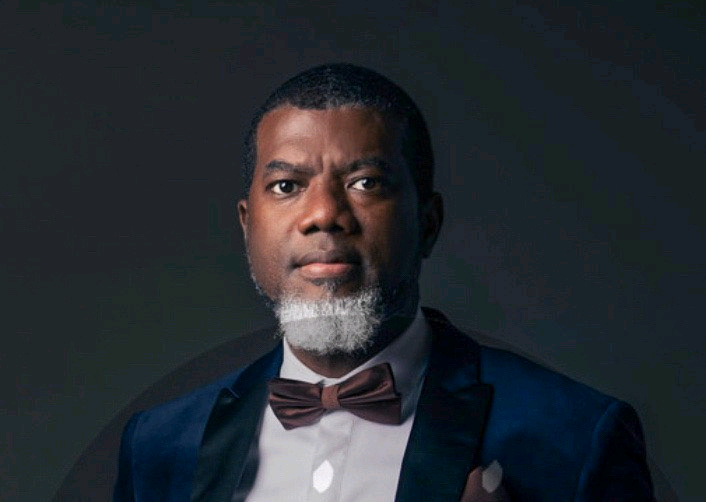 On Saturday 20th, November 2021, Reno Omokri, took to his instagram to react to the decision of popular singer, Davido, to give out all the money donated by friends and fans.

Earlier, Davido announced that he is will be donating the N200 million he received plus his personal N50 million to orphans across Nigeria.

Read Also: Davido Gains Over 1 Million Follower On Instagram After He Reveals How He Will Spend His 192 Million Naira Gift

Reno has commended the singer for the grand gesture and described him as a man with a heart of Gold, in the process shading those who donated to the entertainer but would not willingly donate to an orphanage.

“Davido is much wiser than all those who gave him monies on his birthday. He understands the spiritual realm and the ways of God. He has secured a soft spot in the Heart of the Creator, by virtue of James 1:27. I commend him. What a heart of Gold. What a man to watch for the future. Could his life trajectory be like Ronald Reagan’s? Those who gave to him are are different issue entirely. They should read Proverbs 22:16.

To show you how vain human nature is, very few people will donate ₦1 million to orphanages, who really need the money. But they will fall over themselves to donate ₦1 million to Davido, who doesn’t need the money. Davido understood that. And did what he did. If he had asked them to donate to orphanages, you won’t see the deluge of Naira rain you saw. Davido showed a deep understanding of human nature. I personally believe that this was his intention all along. And I love how he added ₦50 million of his own money. That will show those who said that he was doing this because he is broke that they are the ones who are broke, both morally and financially. Bravo David Adeleke. Bravo!” 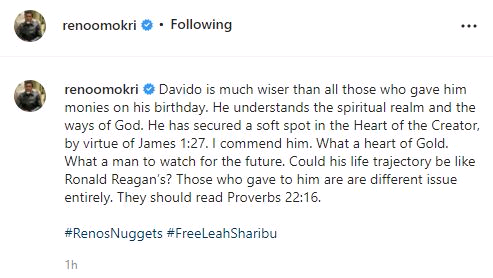 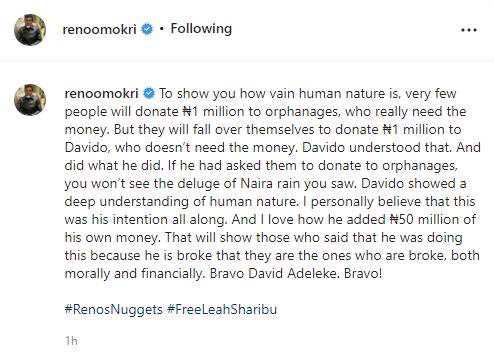 Glam Look Of The Day: Toke Makinwa Slays Colorfully In A Lovely Outfit

How To Prevent Chapped Lips