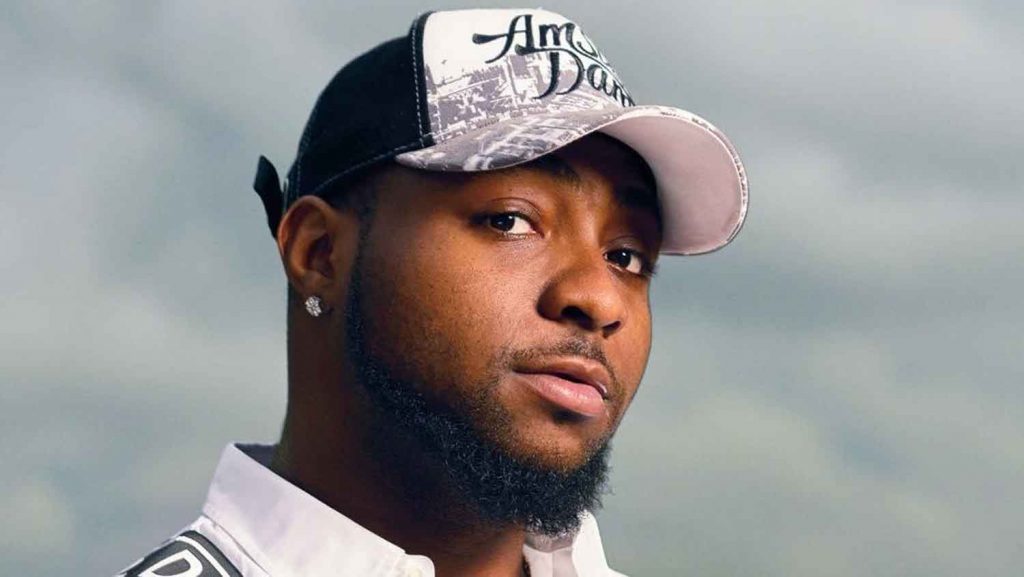 Davido dropped the shocking update with an exciting inscription on Twitter. Other singers that will be performing are; Trinidad Cardona and Aisha.

In his words as captured by glamsquad;

“I’m honoured to be featured on the Official ⁦@FIFAWorldCup⁩ 2022 Soundtrack!

“See you all later tonight, This one is for Africa! TULE! WE RISE!”

However, the mind blowing show had the likes of Pheelz, Adekunle Gold, Ckay, Skiibi, Stonebwoy, Victony, just to mention a few of the top artists. 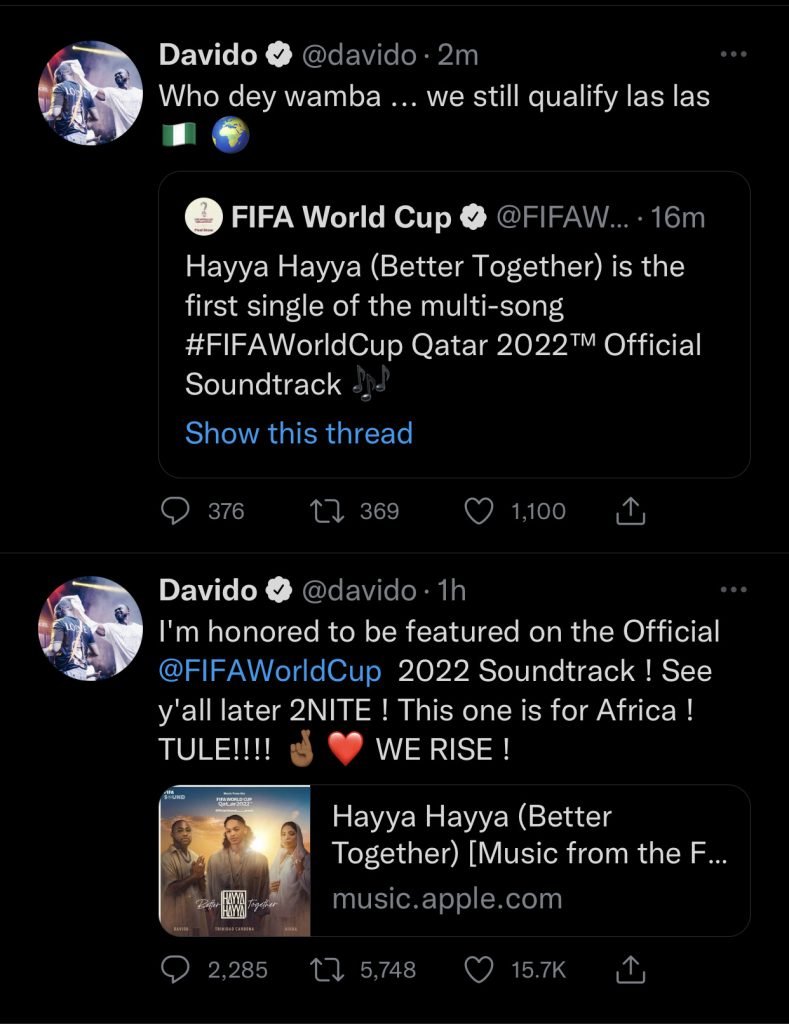