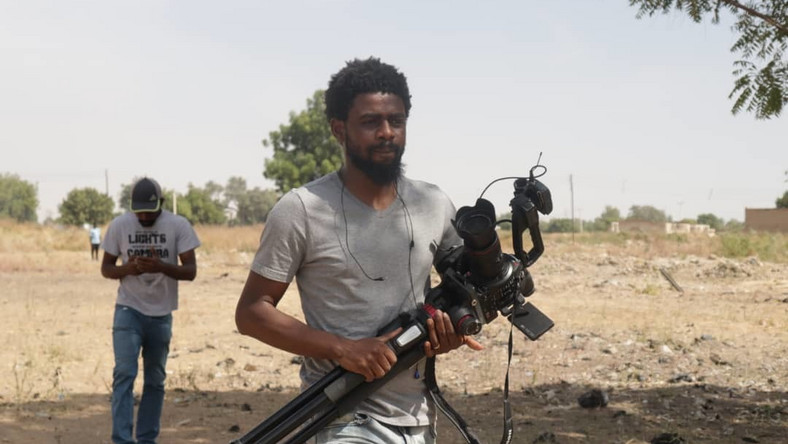 News Agency of Nigeria (NAN) reports that the film is a story of the April 2014, abduction of 276 female students from Government Secondary School, Chibok in Borno State, Nigeria.

NAN reports that the film is representing Nigeria and Africa, alongside 12 other Virtual Reality (VR) films selected from around the world.

The other countries include France, China, Japan, Australia, United Kingdom, USA, Italy, Taiwan, and Israel who win screen at the festival scheduled to end on Sept. 7.

‘Daughters of Chibok’, which is the first-ever VR film on the infamous Chibok kidnappings, centers on Yana Galang, a woman leader in Chibok, whose daughter was among the kidnapped Chibok girls.

The film is a stark reminder that the traumatic kidnappings of April 2014 are still fresh, and there are women still waiting for their children to be returned.

The 11-minute short film mirrors Galang’s pain as she hopefully awaits the return of her daughter while struggling to live a normal life as a peasant farmer.

Updating fans on the screening, Benson shared videos and photos of himself at the festival with other VR filmmakers on his instagram page @kachibenson.

He said, “Live in Venice at the #venicefilmfestival, where our VR documentary #daughtersofchibok is having a world premiere and representing Nigeria and Africa in the festival’s virtual reality category.

“Feels great to be here…standing shoulder to shoulder with some of the best minds in Virtual Reality filmmaker from across the globe at the 2019 Venice Film Festival. We’re here…representing Naija and Africa.”

Benson also explained the importance of screening the film, adding that the movie was being used to raise funds for the families affected by the Chibok kidnappings.

He said, “From April 14 2014, when the Chibok girls were kidnapped, to date, 33 parents have died as a result of trauma caused by the loss of their children.

“Poverty is added to pain, as most of the mothers of the missing girls are farmers, who can barely scratch enough from the hard Chibok earth to survive and take care of their other children.

“On April 14 2019, to mark the 5th anniversary of the Chibok kidnappings, my team and I released our VR documentary #daughtersofchibok.

“Since then we have been sharing the film with select audiences, with the aim of raising support for the mothers of the missing Chibok girls.

“Last week, thanks to all our partners for their support and donations, we were able to make our first donations of fertilizer to 10 of the Chibok women, in order to help them increase their yield.

“Our goal is to reach all 112 mothers who are still waiting for the return of their daughters, and we won’t stop till we touch each and every one of them.

“We may not be able to bring back their daughters, but we can certainly do something to make their hard lives just a little bit easier,” Benson said.

In 2018, Benson made his first Virtual Reality film, ‘In Bakassi’, a short film that captures the plight of children living with PTSD in Internally Displaced Persons Camps in the northeast region.

Paul Rayven sets to drop La do mi in September

My Ex Fathered A Child With Another Woman - Wendy Williams