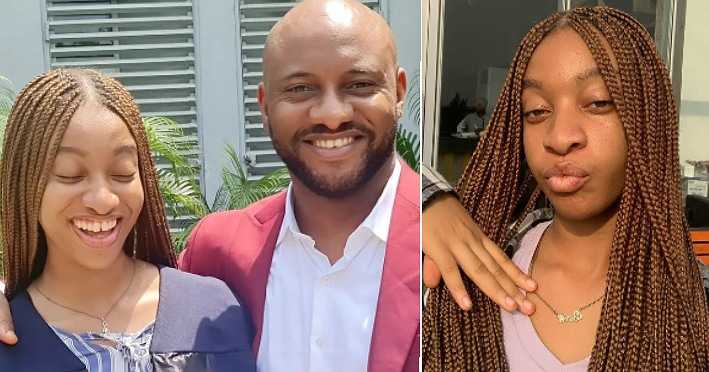 First child and only daughter of Nollywood actor, Yul Edochie, Daniella Edochie has spoken up on dating at age 18, days after her father sent stern warning to young boys who have plans of going after her.

Several hours ago, during a Q&A session with her Instagram followers via her IG stories, a fan asked her if she thought it was odd that, at the age of 18, she had no partner and doesn’t really want one.

Danielle said that she didn’t think it was strange at all and that it was common for people to not be interested in dating and relationships is not be of utmost important.

She believes that anytime she enters a relationship, it will occur naturally and without her having to worry about it. 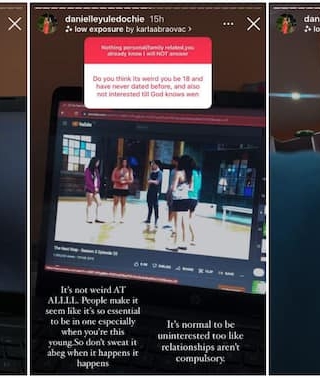 Recall that days ago, Yul Edochie gushed over his little girl who is gradually turning into a woman at the same time warning guys to stay away.