Nigerian dancehall singer, Cynthia Morgan, has taken to her social media page to cry out after she was allegedly attacked spiritually.

This comes months after she took to social media to call out her former record label boss, Jude Okoye.

Cynthia revealed that some people tried to k*ll her in 2018, but failed. According to the “German juice” crooner, they will fail again. 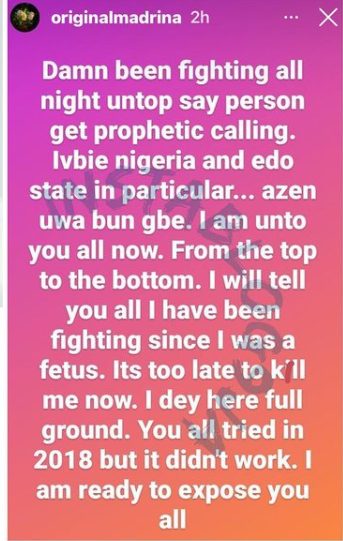 “If You Have To Compel People To Celebrate You, Then There Is Nothing To Be Celebrated” – Cynthia Morgan Reacts To Davido’s 1 Million Request