Curvy Ghanaian actress has declared that she is in need of a man, but he has to be very rich.

Budding Ghanaian actress known as Purfcie Conna, who once declared to the bewilderment of many that she’s still a virgin has cried out that she needs a boyfriend. The curvy plus size actress said this in an Instagram post. 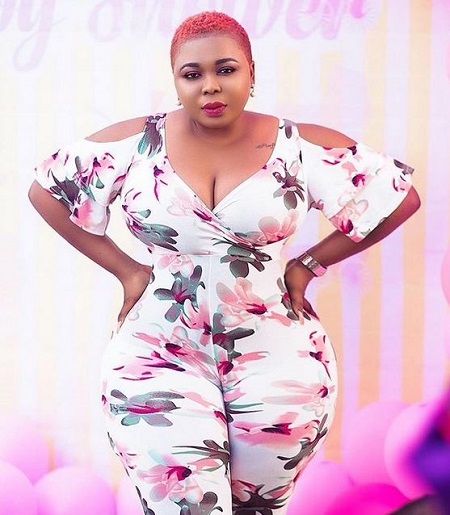 She had written, “I need a bf” with a sign of the dollar and adding, “B-billion and F- phyuking dollars”, which may very well mean she needs not a boyfriend in the true sense but money in dollars.

Whether she’s serious or not, cannot be ascertained at press time but her (Purfcie Conna) declaration got some wanton responses from her followers.