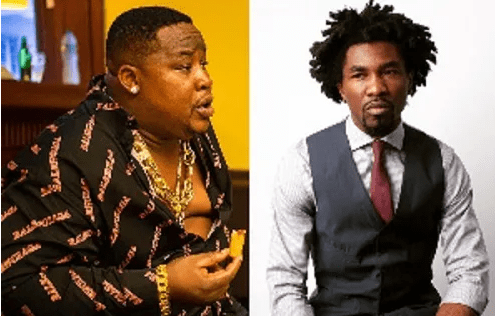 Glam Squad Magazine recalls that Chief Priest earlier dragged Boma and Tega for making out and allegedly having s3x in Biggie’s house and when Boma was evicted he called out Chief Priest, and warned him not to mention his name again.

Boma said, “People want to talk just because they can. suggesting that dragging him for something he actually did rather than mere guesses would make more sense”

He continued, “As a result of the Cuban Chiefpriest’s tweet accusing me of sleeping with someone’s wife, I’m thinking Bro, show me the video evidence or are you just trying to talk without getting your facts straight. If you want to call me out, do so for something I did rather than something I didn’t do. ”Cubana ChiefPriest or whatever you want to call me, get your facts straight or take my name off your lips,”

Chieft Priest, on the other hand, has answered by claiming that he is merely a messenger of the gods, and that he is only conveying a message.
He further stated that if those who disobey the gods do not repent, the gods will punish them.

"I'm in pain, I hope someone's son finds me" Tonto Dike cries out