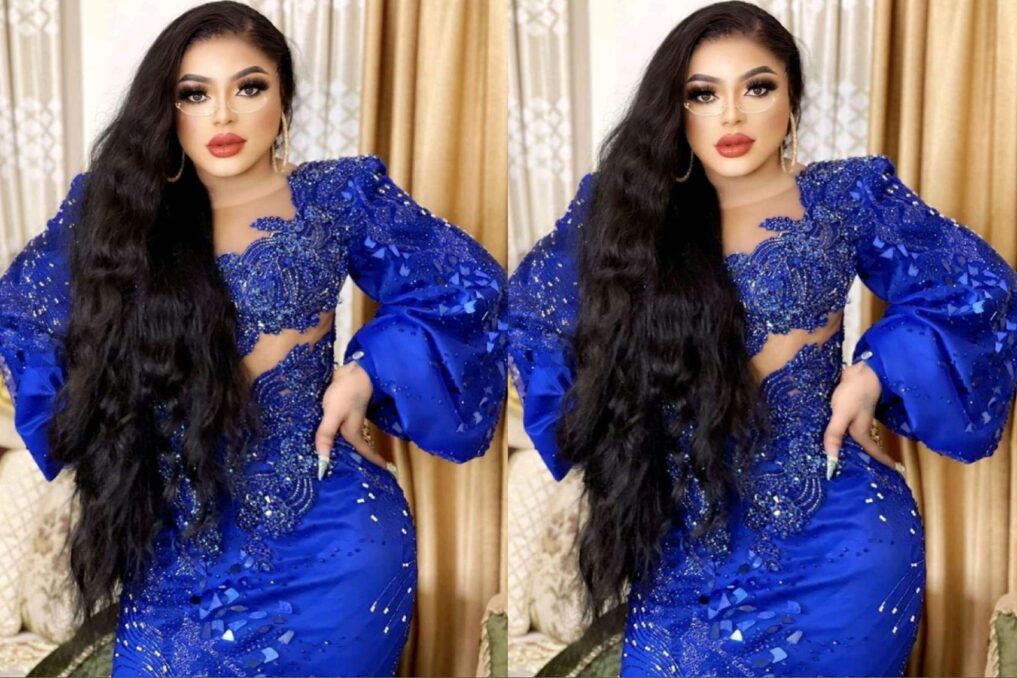 Controversial crossdresser, Idris Okuneye, better known as Bobrisky, has taken to social media to reveal his purpose in life.

Taking to his Instagram page, Bobrisky who once disclosed that he will do anything to prove to Netizens that he is a lady revealed that his purpose in life is to cause division between husbands and wives.

He further stated once he is through using the husbands, he would dump them.

“I have one purpose in life ask me what it is? To snatch people’s husband after using them I’m gonna dump them”. 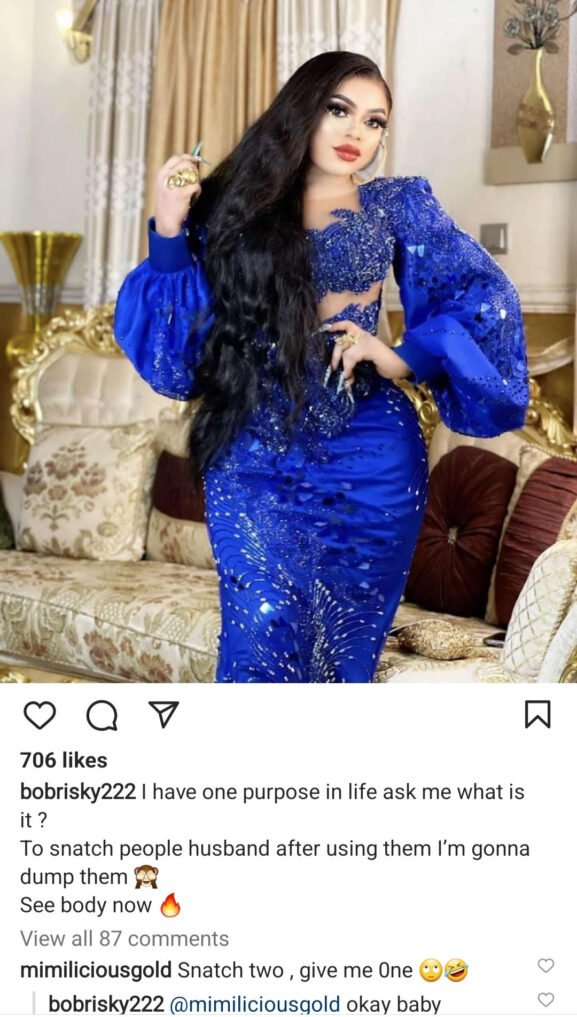 During an Instagram live session, Bobrisky emphasized how much James Brown had grown and achieved over the years.

“I love the fact that he is improving and doing so good. Send this video to him that I’m happy for James Brown,” he said.

“I’m rich, I need to flaunt my wealth”– Bobrisky declares

“You were my companions”- Bobrisky pays tribute to late mum