The stylish mother of one arrived at Davido’s concert wearing his brand-new, million-dollar 30BG jewelry. The pendant’s inscription, “002,” alludes to the reunification of Davido and Chioma.

In the viral video, the brand influencer could be seen watching the artist perform while seated front and center.

As the camera panned to her, Chioma became shy and hid her face.

The adorable moment has melted the heart of many as they took to comment section to drool over her beauty.

Read Also: Kanye West Apologizes to Kim Kardashian For “Any Stress That I Have Caused”

The video further fueled more rumours that the ex lovebirds are back together. This made fans of the couple happy as they took to comment section to gush over them. 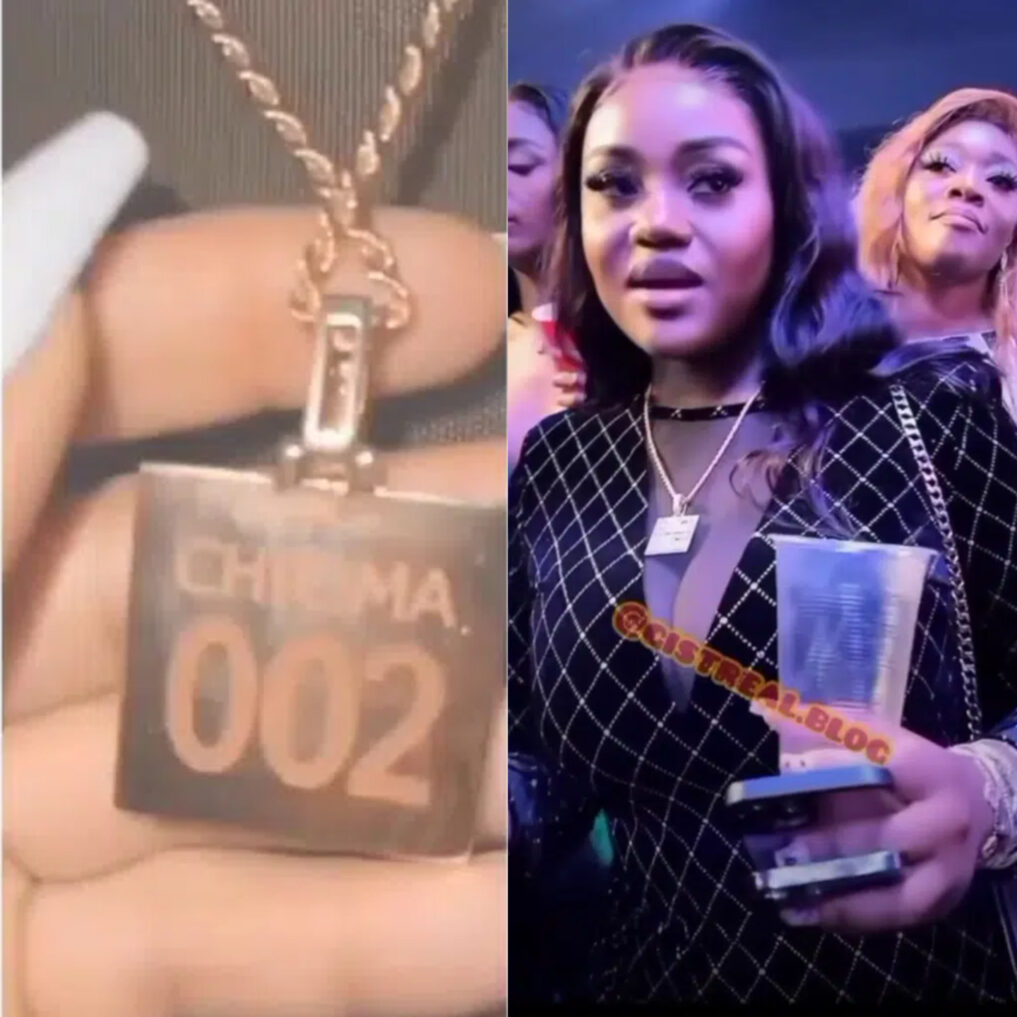 Brown Iwales wrote, “It’s the 30BG Diamond for me, love is beautiful

Chizzy wrote, “My love for them is out of this world we give anything to see them end up together

Brown Iwales wrote, “Cha Chioma too fine with so much carriage it’s the chain for me. Davido wife Chivido

Jenniy wrote, “If davido no marry Chioma….he is on his own…Chioma and privacy na 5 and 6…she the only one that can tolerate his coconut head…see 30bg chain oh…she ni make noise..if na others they for don post am reach everywhere.