The remains of Grace Ifeoma Adichie, the late first female Registrar of the University of Nigeria, Nsukka was buried amidst tears.

Her funeral mass took place at the St. Paul’s Catholic Church, Abba, the Bishop of Awka Catholic Diocese, over the weekend. 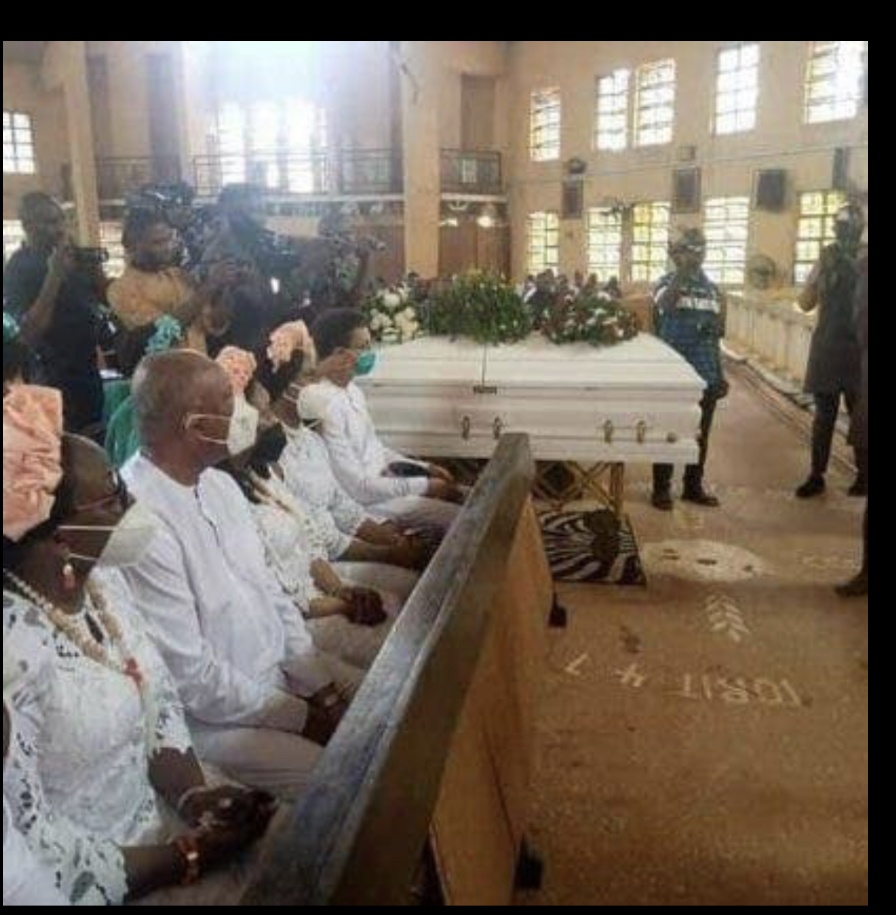 Chimamanda’s husband, Ivara Esege, was present to show support and pay his last homage to his mother-in-law.

“How Does A Heart Break Twice?,” she had captioned her Instagram post, which included two pictures of her and her mum, as well as a heartfelt letter. 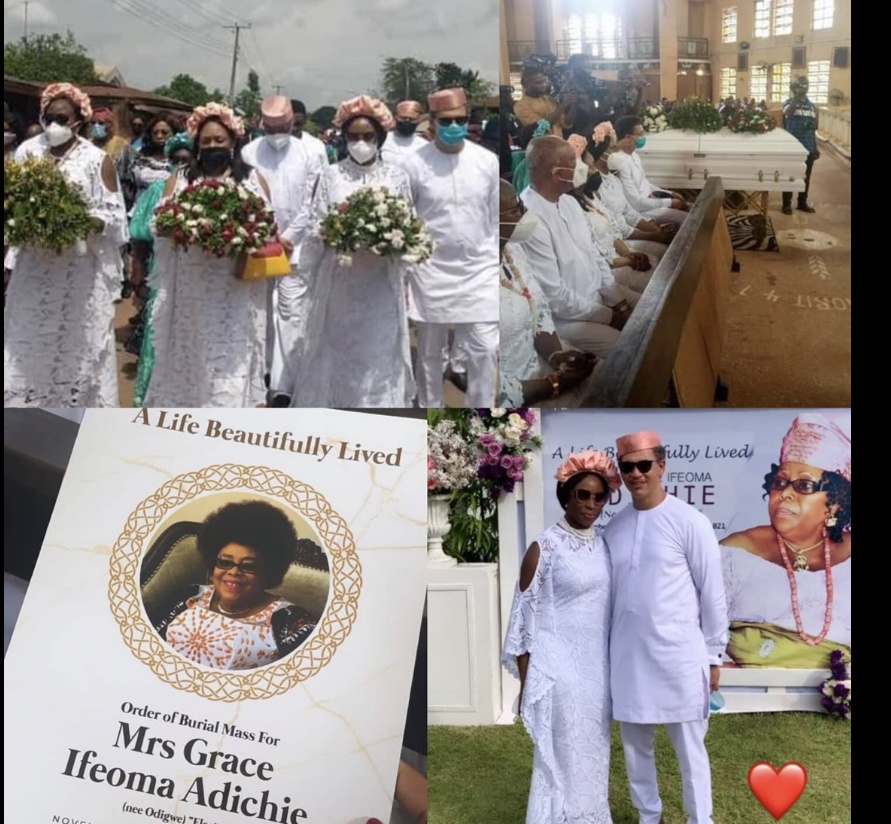 Paying tribute to her mum, she described her as a “warm, loving, funny, kind, and quick-witted, beautiful mother. Unconditional supporter and cheerleader of her children, fun and funny, source of delicious sarcasm, style icon, so sharply observant she never missed a thing”.

She wrote that her mother became ill and died on March 1st, her late dad’s birthday.

Do you know Chimamanda Adichie delivered a Baby Girl?