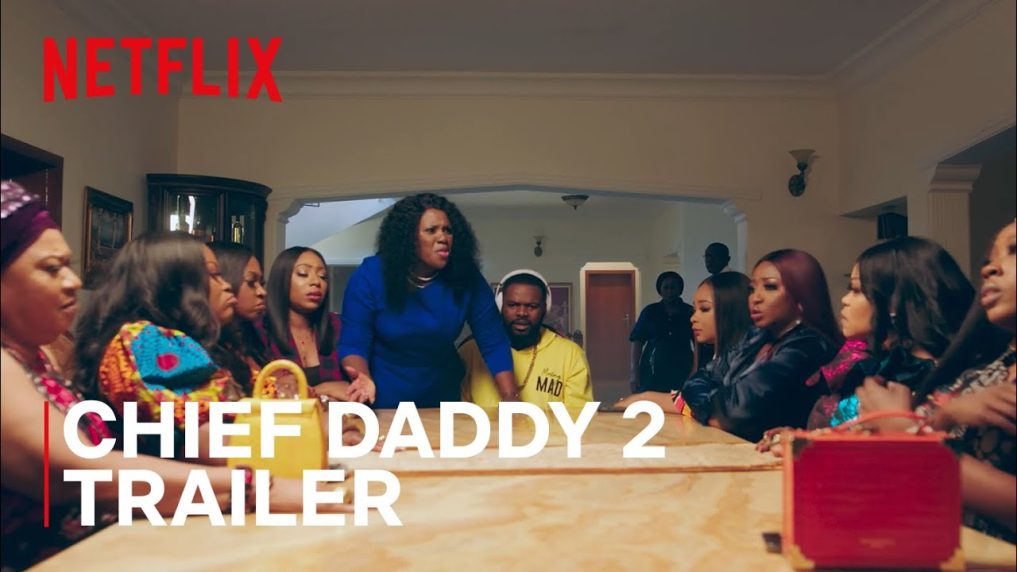 In EbonyLife’s 2018 Christmas smash “Chief Daddy,” we first met the Beecroft family as they prepared for their patriarch’s burial while wrangling over his riches – their inheritance.

The chaotic Beecroft family will return for even more drama and mischief in a sequel dubbed “Chief Daddy 2: Going For Broke” on January 1st, 2022, courtesy of Netflix and EbonyLife Studios.

“Chief Daddy 2: Going For Broke” follows up the story after Chief Daddy’s funeral, when yet another offspring arrives, intent on stealing everything the Beecrofts own. The Beecroft clan, who prefer to battle rather than work together, will have to put their greed aside, face this new threat, find their path to happiness, and possibly learn the true meaning of family.

Mo Abudu, the CEO and Founder of EbonyLife Studios, says about the imminent release: “It’s been a busy year for the EbonyLife Group and we have walked a path with Netflix, our formidable partners, to bring audiences Chief Daddy 2, a bumper-packed, star-filled comedy to start 2022 off with a much-needed smile. Probably the most star-studded movie in the history of Nollywood. Netflix is bringing Nollywood home this festive season and we are excited to be part of this journey.”

Read Also: We can’t get over this trailer of Linda Ikeji’s “Dark October”

Rahama Sadau, Broda Shaggi, and Uzor Arukwe are among the new members to the Chief Daddy franchise, who join the returning ensemble cast in bringing a laugh a minute in typical Chief Daddy style!

While we wait for “Chief Daddy 2: Going For Broke” to hit theaters on January 1, check out the trailer below: