Uzor, his estranged wife, accused him of physical violence and being a wayward father.

She also accused him of assaulting her a few weeks after she underwent surgery in front of his mother.

Uzor was also perplexed as to why Wazobia FM continues to allow her husband to host marital lectures and shows, despite the fact that he is one of the numerous men who beat their women to a coma.

In response, Nedu rejected the charges in an Instagram post on Saturday afternoon, saying that he does not advocate or tolerate any sort of domestic abuse and that a paternity test indicated that his first son is not his biological child. 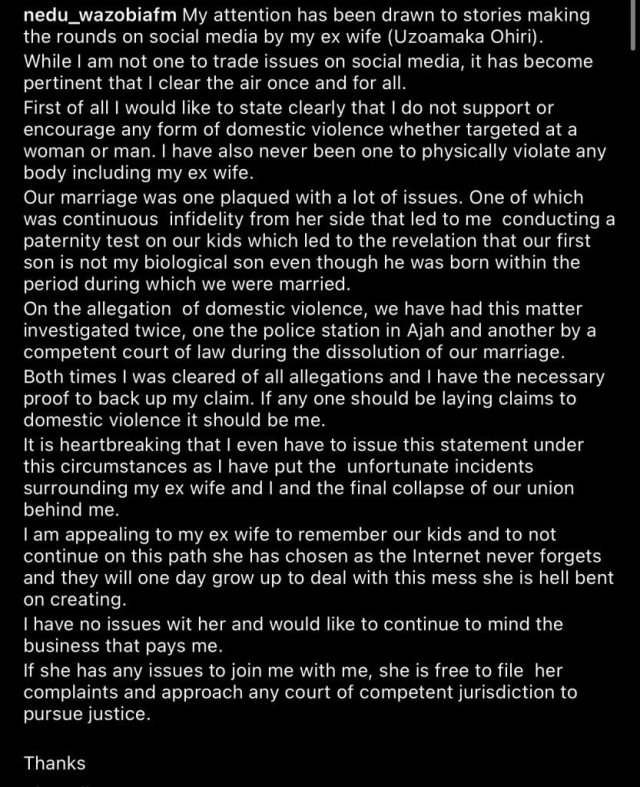 0
Richards Michael September 4, 2021
No Comments Yet

“Talk to God about your problems, not your friends” – Comedian Nedu Wazobia dishes advice

Comedian Nedu Wazobia called out by Islamic group for blasphemy