Nearly two months after her mum’s death, renowned Nigerian author, Chimamanda Ngozi Adichie has returned to social media to pen a touching tribute, and Nigerian celebrities have rallied to comfort her.

GlamSquadMagazine recalls that Mrs Adichie’s death happened on the day that would have been her late husband’s 89th birthday. She died 8 months after her husband, Prof. James Adichie, who passed on after a brief illness in June 2020.

Since her mother’s death, Chimamanda has stayed off social media. She returned on April 28 to post a tribute to her mother.

Chimamanda shared photos of her and her mother, including one she took with her mother on her wedding day.

“How does a heart break twice?” Chimamanda captioned the post.

Narrating how her mother died, Chimamanda said Mrs Adichie, who was the first ever female registrar of the Univeristy of Nigeria and also a permanent board member at Anambra State Basic Education Board (ASUBEB), had gone to work at ASUBEB in Awka on Friday, Feb 26, but her assistant said she looked a bit tired.

From work, she went to Church for the Stations of the Cross since it was Lent. On Saturday, Feb 27, she spent time in a shop outside their house, watching the cars and people pass by.

On Sunday, Feb 28, she went for Mass, but by Sunday evening, she felt unwell and was taken to a private hospital.

Chimamanda said she spoke with her mother that night and told her they all love her.

The next morning, being Monday, on her late husband’s posthumous birthday, the doctor sent an update that she was feeling better. Moments later, he suddenly decided to transfer her to the Teaching Hospital since they have better facilities.

“Two hours after she arrived at the Teaching Hospital, she died,” Chimamanda wrote. 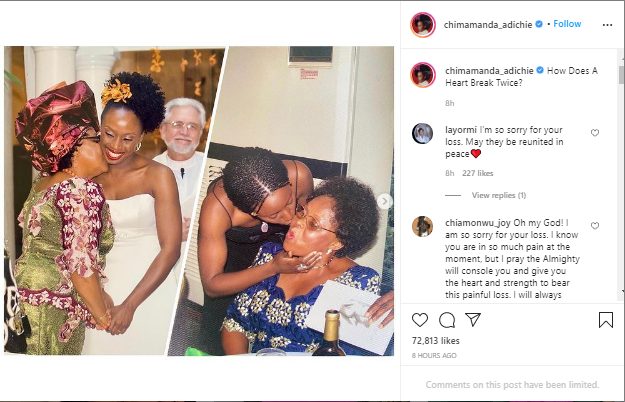 Here is the tribute below: 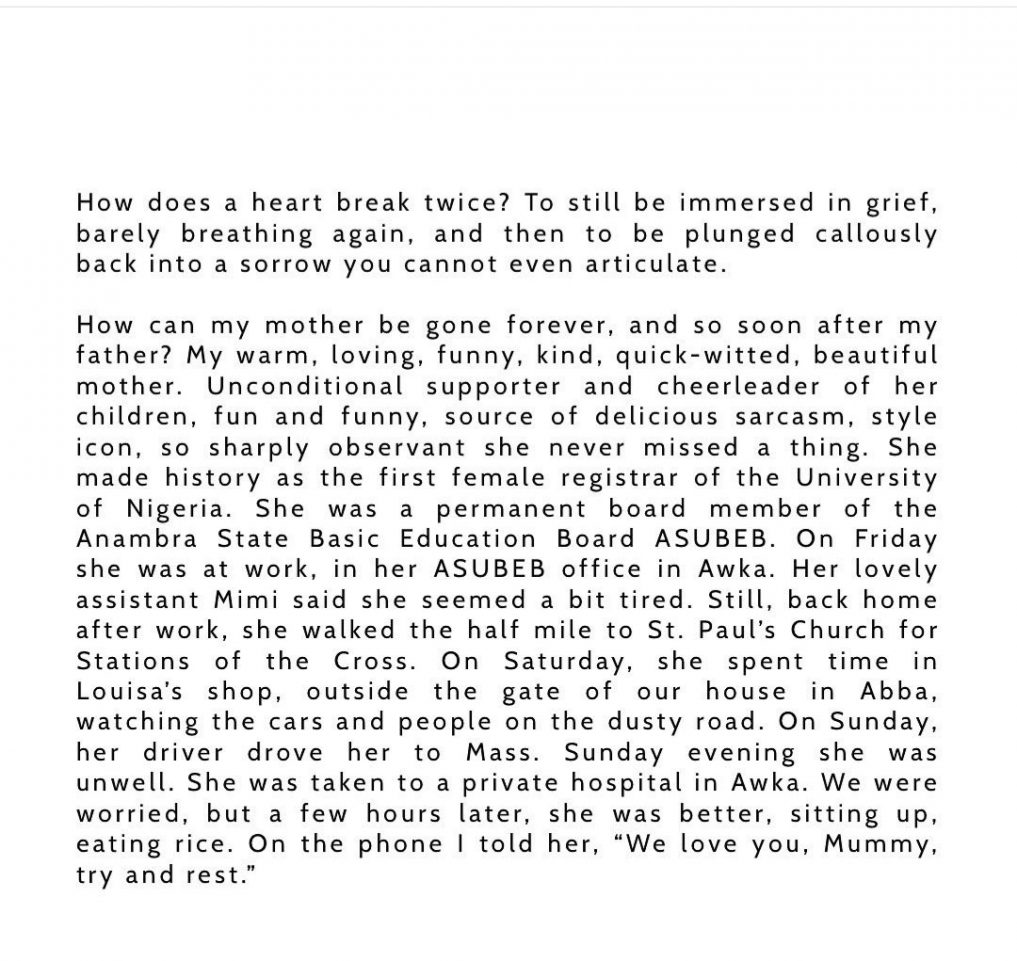 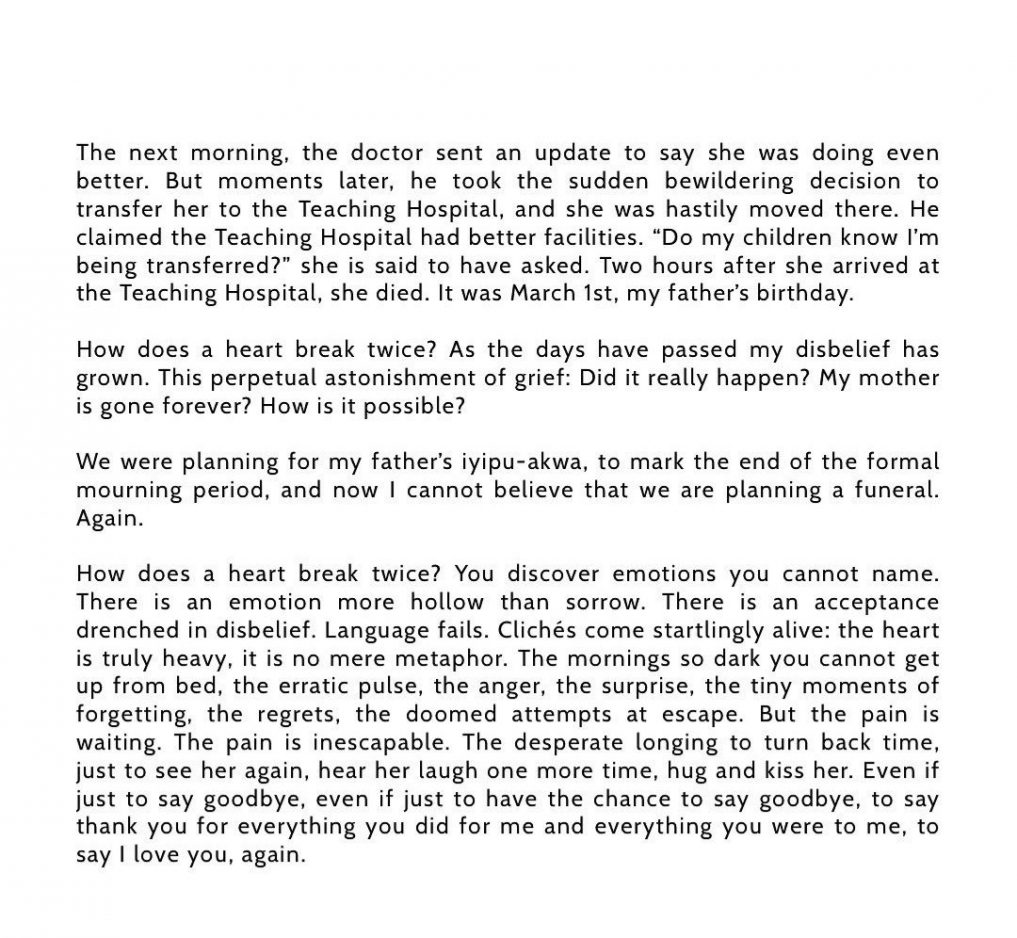 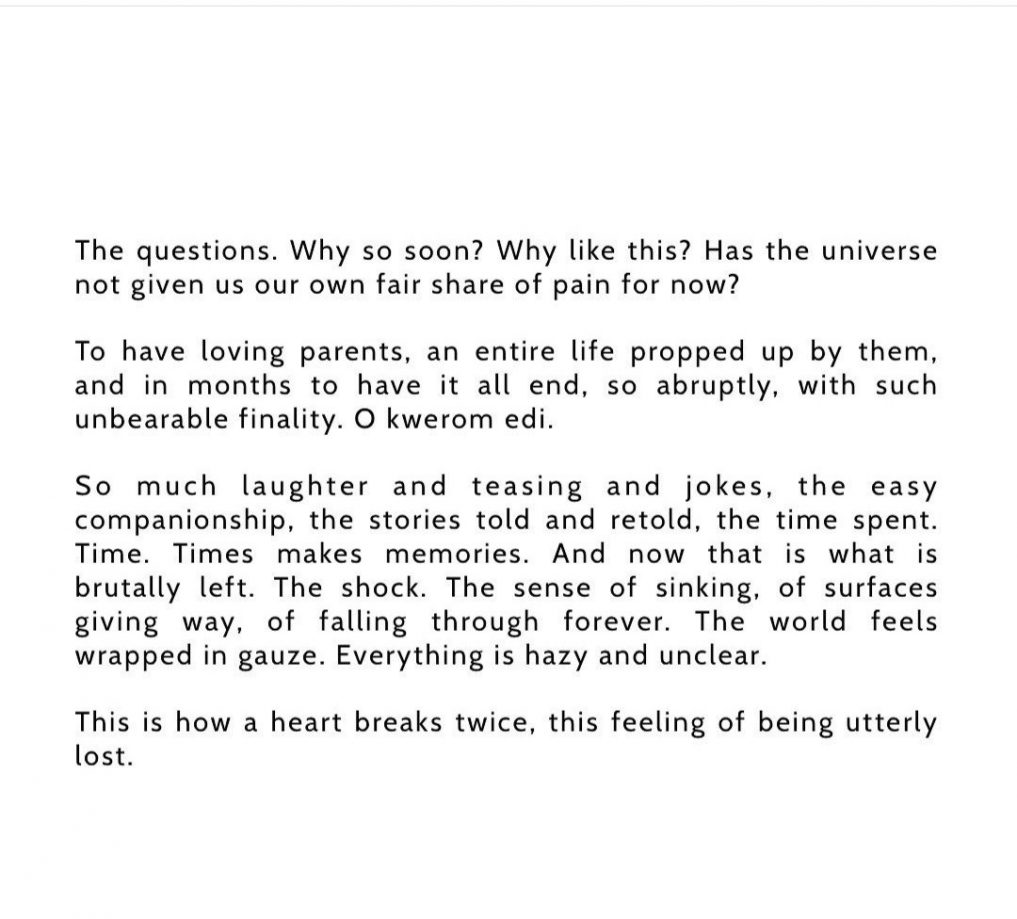 Here are some celebrities reactions below:

lolaomotayo_okoye So sorry for your loss. May her soul Rest in Peace 🕊🕊🙏🏼🙏🏼💔

naomicowan Thank you for sharing 😢 prayers for the entire family. I can’t imagine how lost you must feel.

5 Nigerian celebrities who are not in support of alleged child molester, Baba ijesha

Do you know Chimamanda Adichie delivered a Baby Girl?