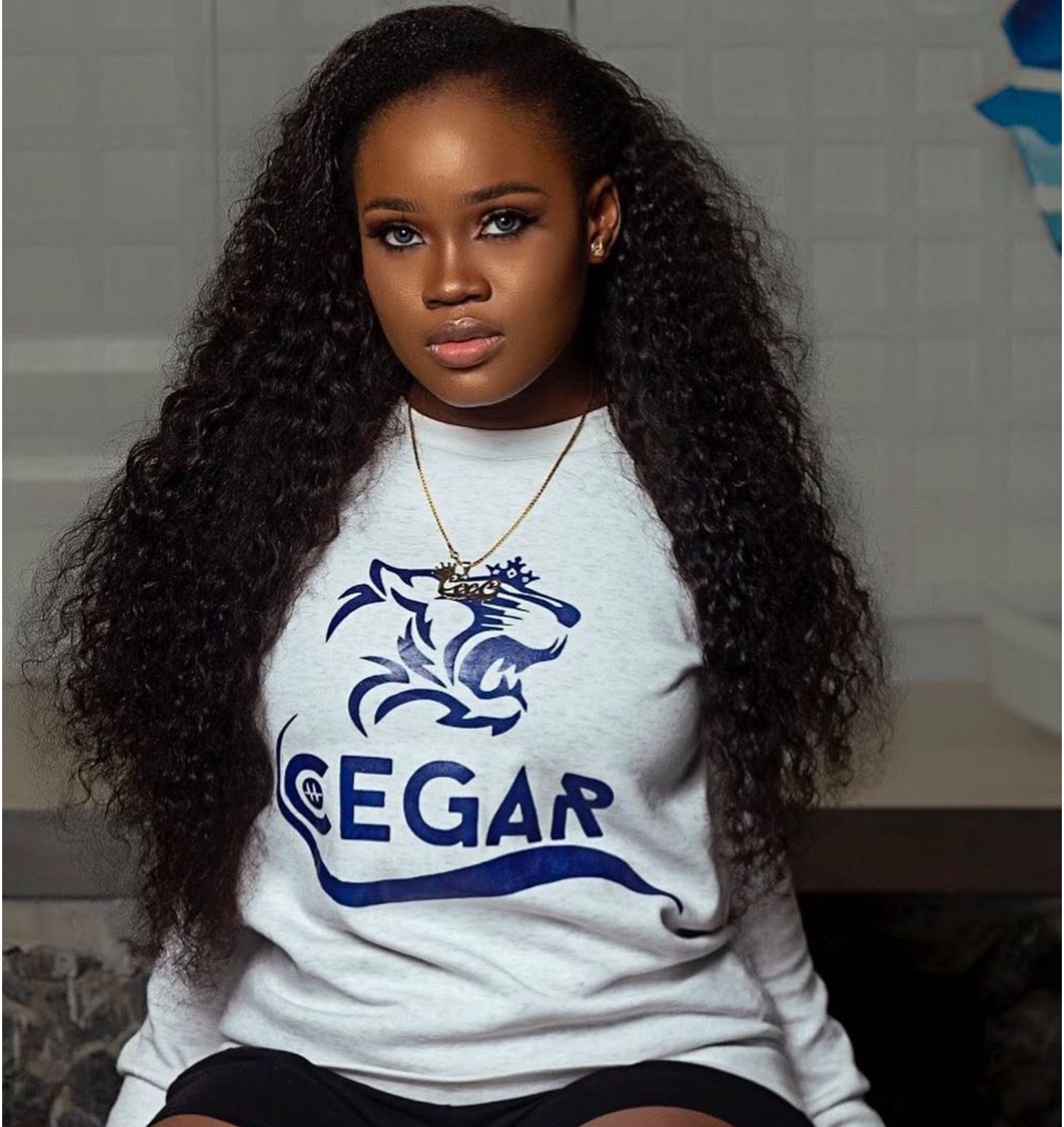 Nollywood Actress, Nkechi Blessing Sunday has claimed that Cee-C won the last Big Brother Naija reality show but was cheated out of her votes.

Nkechi said this while trying to campaign for the last woman standing in the reality show, Mercy.

The actress made this allegation but showed no proof to back her allegation. 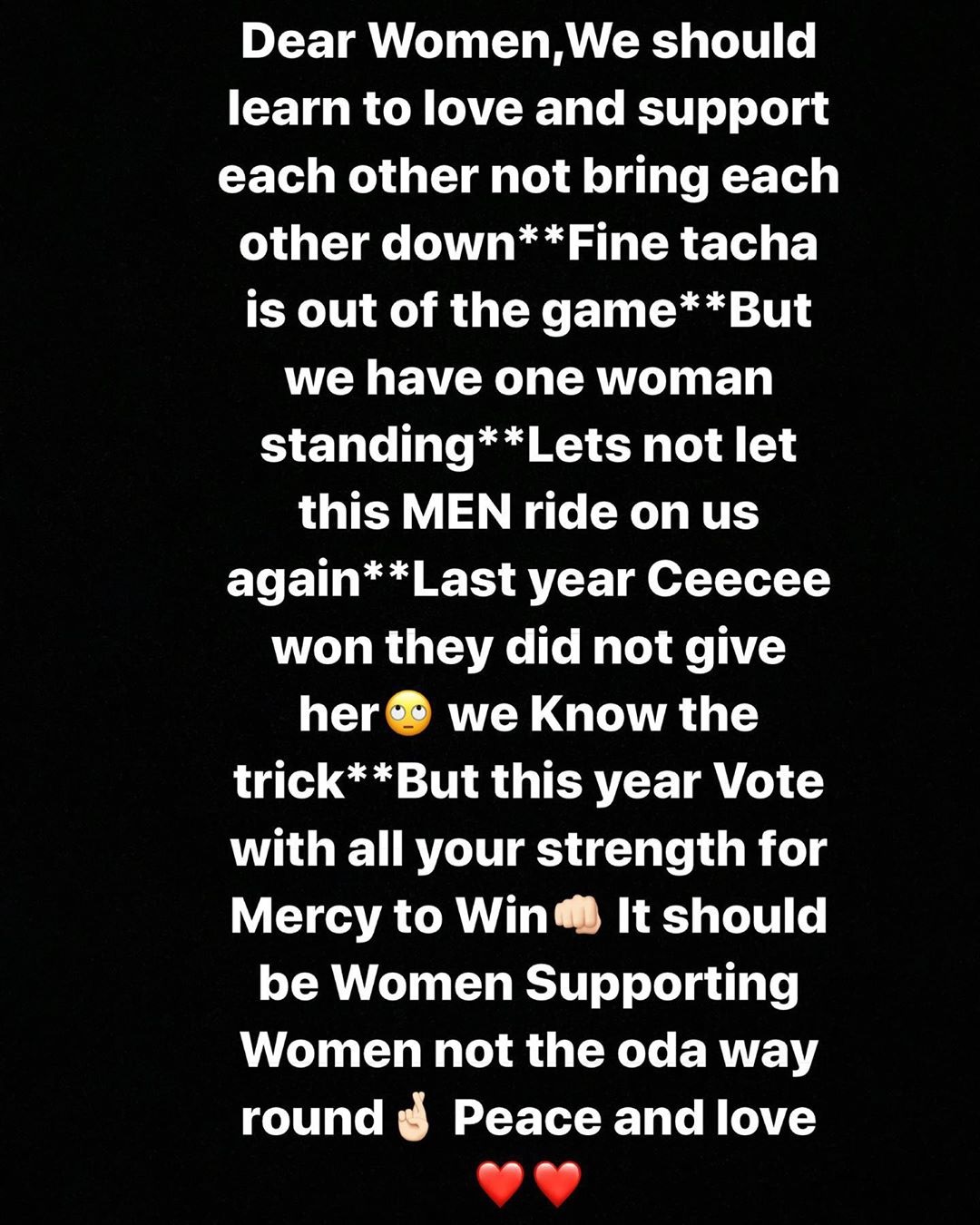 Sharing the photo above, she wrote ;

Ceecee Won Last Year BBNAIJA Season 3 Show But She Got Robbed. They Saw That Tacha Was About To Win This Year Show. Which Is Something Phenomenal, They Immediately Plotted Against Her And Disqualified Her. A Practical Example That No Nigerian Woman Can Ever Succeed Beyond A Certain Boundry.

All Because Of The Hatred Women Have For Each Other. Women Support Yourself Oooo. The World Sees What I Don’t See. All I See Is Women Against Their Fellow Women And That’s Why Men Will Continue To Control And Ride On You Women And Limit The Possibility Of You All Living To Your Full Potential