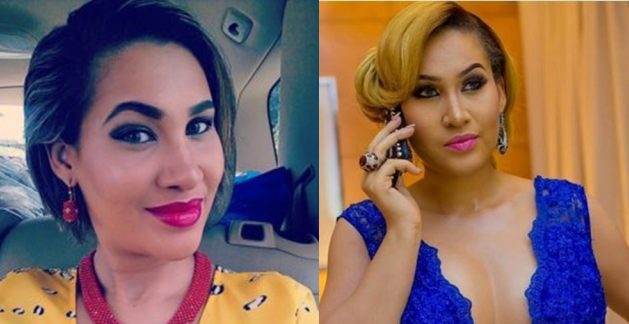 Read Also: “I have failed in my life and I’m not denying it” – Tonto Dikeh

One shared a screenshot of what google stated as her age.

Reacting, Caroline wrote: ‘Intelligent people know any one can put anything on Google without facts . You ain’t Intelligent in 2022’. Another said: “Na true…35 years since 2007. Abeg shift..”. Replying him, the actress cussed him out saying: “Your mother the old witch is the liar”.

𝚁𝚊𝚢 𝚂𝚕𝚊𝚢®: Does it mean you’re just 5yrs older than I’m? And when you shot deadly kiss you were 5? Wow! That can’t be true na? E no suppose concern me cux it’s your age not mine, but Pls clear me. Cux u debuted in 2004.

christobel: Did u say she is 45? We agree….now rest!
Show replies

Beyond Dream Replying to @HrmCarolyna: Ah na wa o, senior Caroline that was the library prefect in African Church Model College, Ogba. I was in jss 1 at the age of 9 years then while you were in ss3. How come you are 35 years now. The same age group with me now?