Nigerian artist Oyinkansola Sarah Aderibigbe, whose stage name is Ayra Starr, has responded after Burna Boy imitated her most recent look on stage.

Ayra Starr’s attire, which included a pair of feathery denim pants and a sleeveless crop top blouse, was copied by hitmaker Burna Boy during a recent stage performance. Burna Boy has been cited as Ayra Starr’s fashion inspiration.

Reacting Ayra Starr shared photos of them both rocking the outfit and declared that Burna Boy wore it better that her. She wrote: ‘Odogwu wore it better’ 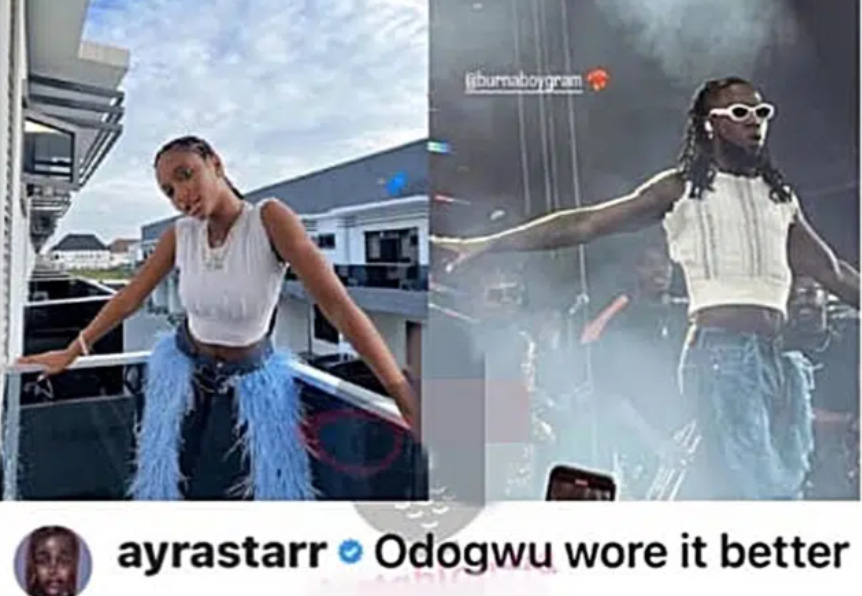