He shared a video asking his man to llok at the camera but he REFUSED.

Teasing him and saying, some one is shy, Bob continued to appeal to him to say hello to his fans but he won;t dare till the video ended.

”Someone is hiding his face…. someone is shy”, Bob was heard saying in the video. 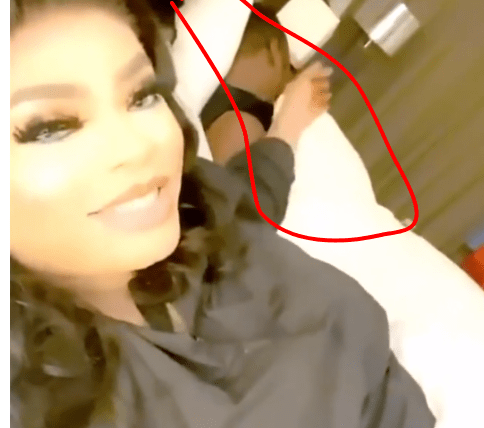 Actress Iyabo Ojo to bury her mother on Friday