Beyoncé and Jay-Z’s 8-year-old daughter  has won a Soul Train Award for “Video of The Year”.

“Congratulations to my beautiful talented granddaughter Blue Ivy Carter. She won a Soul Train Award for video of the year! She is only 8 years old,” Tina Lawson wrote. 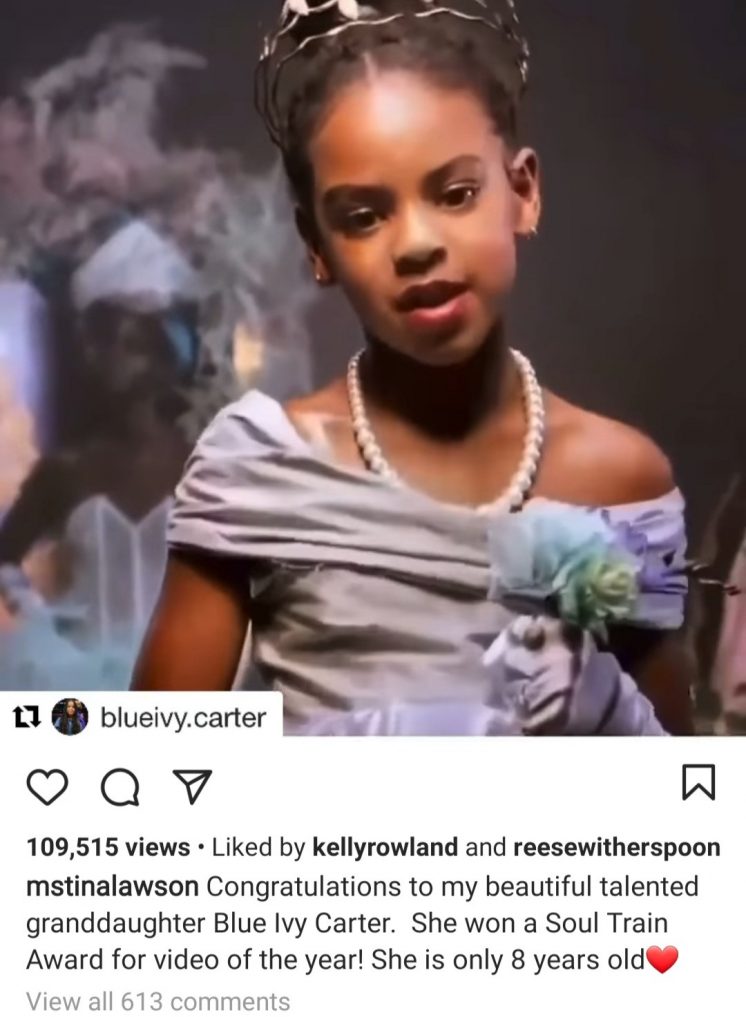 CIARA LUNCHES A NEW FASHION COMPANY WITH THE GOAL OF COMBINING PASSION, FASHION AND IMPACT.

The Odds Shows Beyonce Might Be Having Twin Boys