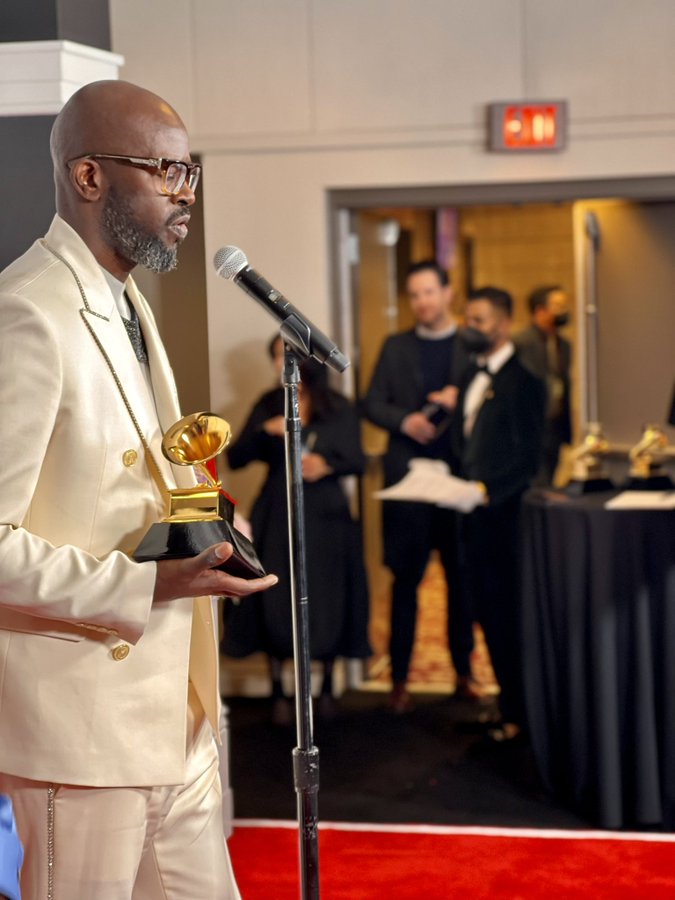 Black Coffee was given the award as a result of his project Subconsciously, making him the first African DJ to win the award.

Black Coffee is one of the topmost disc jockeys in South Africa. His quality performance made him to remain relevant and sustained the test of time.

His recent award can be classified as a huge success to his booming career, by setting a new record.

The popular DJ who refused to keep mute broke the good news with an exciting inscription.

READ ALSO: If Grammy Rips Me Off, They Would Smell Pepper- Portable On Why Zazuu Should Earn A Grammy

See photos from the wedding of Gov Okowa's daughter

“A whole Mrs. Churchill, Children will ‘Unslay’ you”- Rosy Meurer laments as she dumps her baby girl lifestyle