Alimi took to his Instagram stories to react to the public apology by veteran singer, Innocent Idibia, better known as 2Baba.

Glamsquad recalls that 2Baba took to social media to tender a lengthy apology to his entire family, his wife and other women (Pero and Sumbo) who he has children with.

He said he has been a shity father, a shity husband and shity baby daddy with no excuses and also promised to do better. Read here.

According to sources on social media, 2Baba took up the apology route because he is allegedly expecting baby number eight from a banker. This got Netizens worried about what Annie, 2Baba’s wife must be passing through. Read here.

Reacting, Alimi stated that Annie doesn’t deserve to be pitied because she is an enabler. He further said that men like 2face need women like his wife, Annie to make their puzzles complete.

He also wished the couple the best. 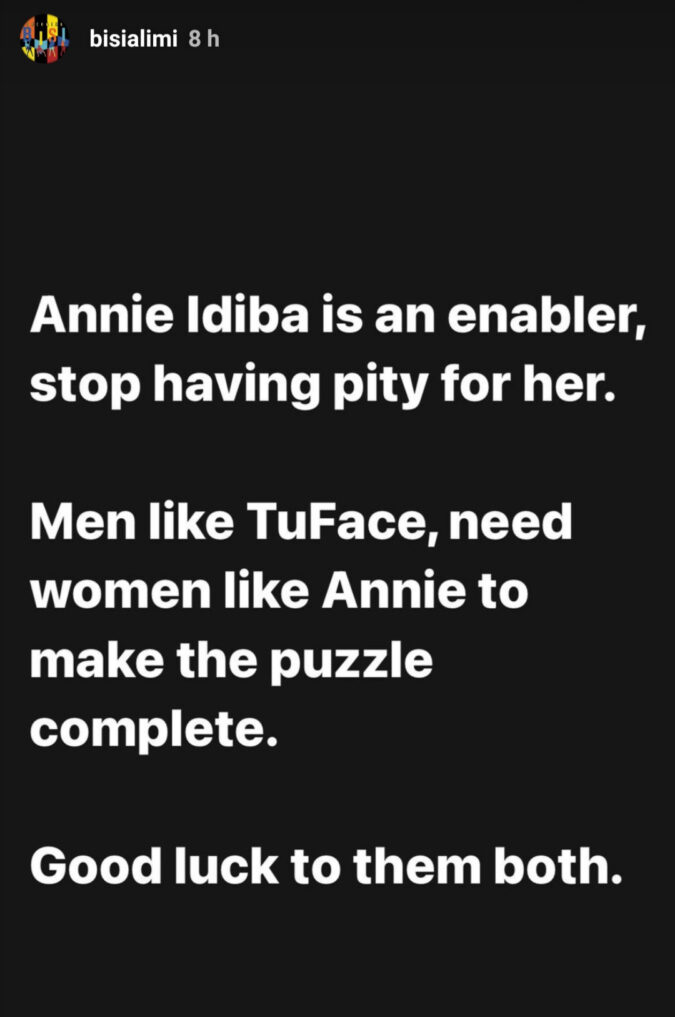