Bisi Alimi dropped the shocking update on his Instagram page to narrate his ordeal.

Bisi Alimi hinted that he made his HIV status known to people when he discovered that one can still survive for long time with the virus.

He further said that the stigma, the shame and the discrimination attached to the virus that sometimes made people to terminate their lives.

READ ALSO: All You Need To Know About Frank Donga, Nigerian Actor, Who Rose To Fame Through Comedy 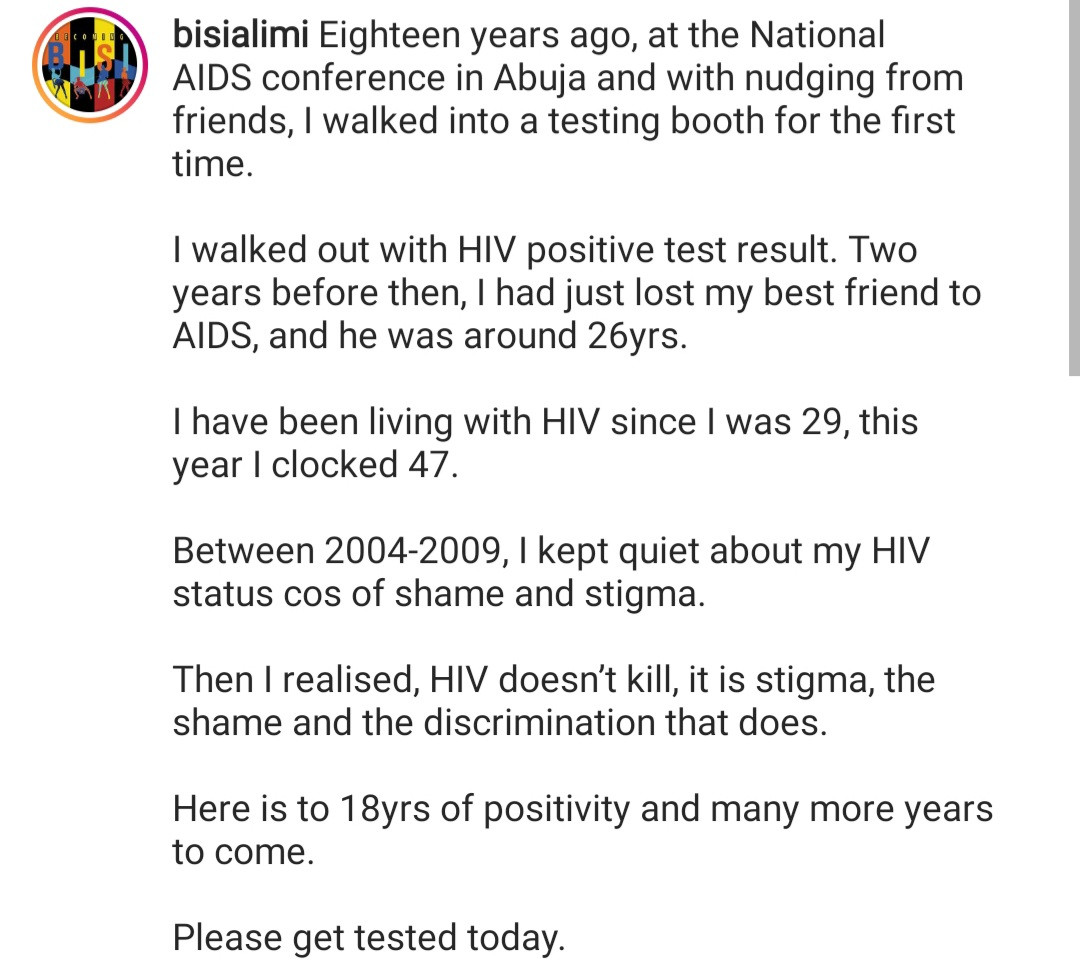