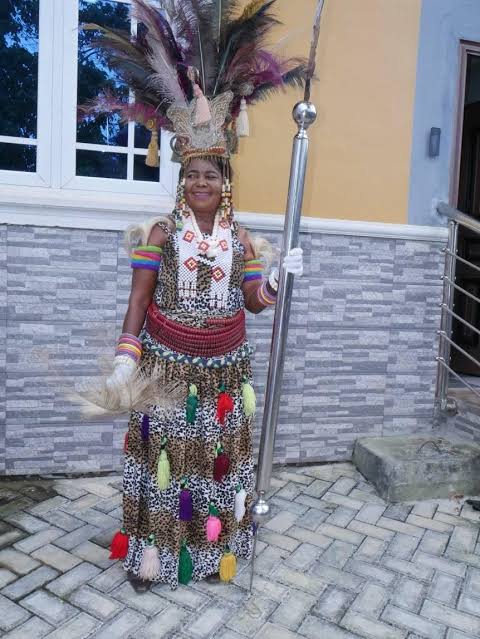 Queen Theresa Onuorah Biography
Theresa Onuora, also known as Queen of the Coast or the Unubi Egedege Dance Goddess, is a well-known figure in the local mythology. While growing up in the East, her Ogene music and Egedege dance group were quite prominent.

She is a highlife artist, but she is distinguished by her Ogene melody, an ancient melodious voice and the stylish Egedege dance. Her music can be classified as highlife. Egedege is only a kind of dance that incorporates elements of highlife music or beats as part of the choreography.

Someone once inquired about the significance of the Egedege dance. That was a question for which I was unable to come up with a definitive response. All I told her was that Egedede is a sort of ogene dance characterized by its distinctive dance movements, motions, and outfits.

Queen Theresa Onuorah Age
Onuora Queen Theresa’s age is unknown. Officially, there is no way to tell how old Theresa Onuorah really is. Her appearance and age cohorts, however, indicate that she is in her 60s.
Queen Theresa Onuorah Career.m
Theresa Onuorah wears a separate dance attire than the other Egedege dancers because she is unique. She dazzles in vibrantly colored Egedede clothing that was expertly tailored for her figure. Her clothes were covered in small mirrors, and she looked stunning in them. These mirrors can be found in ‘akupe egwu,’ her poetry (a well-decorated hand fan). A crown of feathers and mirrors is also placed atop her head.

She performs with a smile on her face and moves like a queen. Photographers were unable to capture Theresa Onuorah’s face during her performance in the 1980s and 1990s, or so we were told.

No matter how hard my uncle, a photographer at the time, tried, he couldn’t get a good shot of her face. He used to say that her enormous hand fan obscured her gorgeous face. People who were able to catch her face, however, claimed to have lost it. 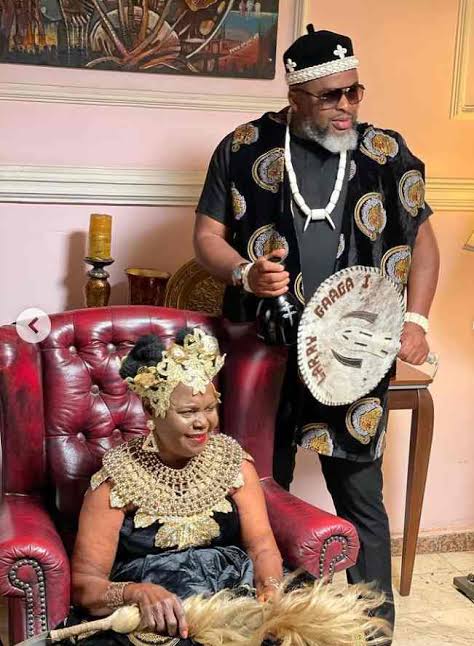 They claimed her river’s power would blur her face, allowing you to just see her body and not her face if she were videotaped.

That was back in the day. Because of the popularity of Android camera phones and their widespread availability, children today are able to take pictures of her face even when they are far away. in a mariner’s garb, of course.

When it comes to Egedege music and dancing, Theresa Onuorah is a goddess. Onye gba egbu” is one of her best-selling albums. Many of the songs from the ’90s, such “Ebelebe” and “Ana ekwu ana eme” and “Onwunwa mu na chimo, onwunwa” are still relevant today. 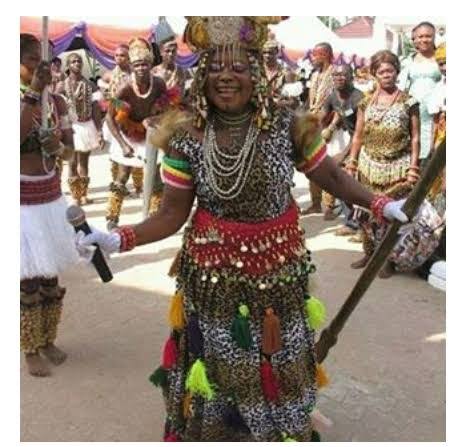 Phyno, Flavour n’abania, and Theresa Onuora recently appeared in a song by Larry Gaaga that featured the singer.
Queen Theresa Onuorah Family
Theresa Onuorah hails from Anambra State. She is a native of Nnewi South Local Government Area, specifically of the town of Unubi. The towns of Osumenyi, Amichi, Ekwulumili, and Azigbo all border Unubi.

Is Theresa Onuorah married? Theresa Onuorah is married to an Unubi man and the mother of a grown son as well as other children.
Queen Theresa Onuorah Net Worth
Records from the past have been revived and sold under her name. In other words, the Egedege goddess of Unubi has a net worth of $25,000 to $30,000.

Meet Angelique Kidjo and Other Top Musicians from Benin Republic

Next-generation batteries could use material derived from trees