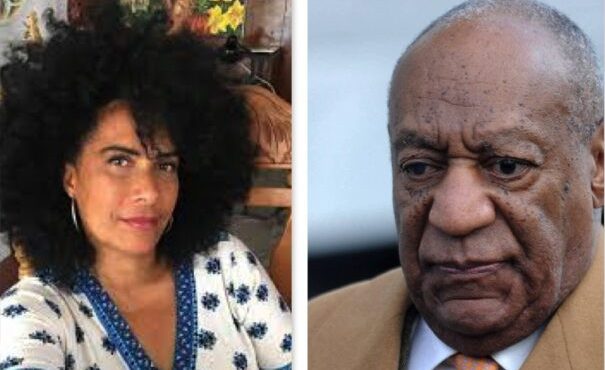 According to court filings, Lili Bernard, an American actress, filed a complaint against Bill Cosby on Thursday, alleging that he drugged and raped her in Atlantic City in or around August 1990.

Bernard claims in her lawsuit that she met the comedian on the set of “The Cosby Show” in July 1990 and that he offered to guide her acting career.

The suit claims that Cosby asked her specific questions about her past and promised her that he would treat her as if she were his own daughter, as well as warning her about “The sexual pressures of Hollywood.”

Cosby allegedly assured Bernard that if she “worked hard and followed his directions,” he would cast her in a major speaking part on his program. During a vocal projection exercise, Cosby “violently and without consent grabbed and squeezed” her breasts, according to the lawsuit.

Bernard claims in the lawsuit that Cosby drugged and raped her at the Trump Taj Mahal casino resort in Atlantic City, New Jersey, in August 1990, after luring her there with the promise of a meeting with a producer who would help her further her career.

Andrew Wyatt, Cosby’s spokesman, said in a statement Thursday: “This is just another attempt to abuse the legal process, by opening up the flood gates for people, who never presented an ounce of evidence, proof, truth and/or facts, in order to substantiate their alleged allegations.”

“Mr. Cosby continues to maintain steadfast in his innocence and will vigorously fight ANY alleged allegations waged against him and is willing and able to take this fight to the highest court in these United States of America,” Wyatt said.

Wyatt added that in July 2015, “the New Jersey Prosecutor terminated the investigation against Mr. Cosby and decided not to move forward with Lili Bernard claims,” adding that the allegations were “far beyond the statute of limitations.” Bernard, who has previously accused Cosby of assault, spoke outside the courthouse when he was found guilty of three counts of aggravated indecent assault in April 2018 for drugging and sexually assaulting Andrea Constand, another accuser, at his Pennsylvania home.

Documents dating back to 2005 from a civil lawsuit filed by Constand show Cosby has admitted to acquiring prescription Quaaludes to give to women he wanted to have sex with. However, he has not admitted to actually drugging any of his accusers. Cosby’s publicist at the time the documents were made public declined to comment. Constand and Cosby, who did not admit to wrongdoing, agreed to a civil settlement in 2006.

Cosby’s criminal conviction was overturned in June and he was released from prison after Pennsylvania’s highest court said the disgraced actor’s due process rights were violated.

In her lawsuit, Bernard alleged that Cosby prepared a beverage for her to drink, after which she began to feel “symptoms of dizziness, an urge to vomit, and weakness.” She vomited and lost consciousness, the lawsuit alleged.

The lawsuit described Bernard allegedly going in and out of consciousness, waking up to find Cosby undressing her despite her saying “no,” and later awoke again to find Cosby naked on top of her and raping her. In the suit, Bernard said she then awoke to find herself naked and unable to move in an empty bathtub or jacuzzi and then awoke naked in bed the next morning.

The suit alleges that Cosby threatened the actress that he would file a police report against her if she went to the police, and he would “erase” her and prevent her from working in the entertainment industry if she reported what happened.

Bernard said she has suffered psychological, mental and physical trauma. She is seeking $125 million in damages, according to the lawsuit.

“I have waited a long time to be able to pursue my case in court and I look forward to being heard and to hold Cosby accountable for what he did to me. Although it occurred long ago, I still live with the fear, pain and shame every day of my life,” Bernard said in a news release.

Cosby, who is best known for his role as Dr. Cliff Huxtable on the classic television series ‘The Cosby Show,’  has been accused of sexual assault by more than three dozen women, the 77-year-old has never been charged for any of the allegations.

Vince Neil lands in hospital after falling off stage

Glow Up Of Celebrities That Will Surprise You