The 31-year-old actress made the revelation in the early hours of Wednesday via Instagram.

She wrote: “New Name Alert! Hello my darlings, it is with great joy and absolute glory to God that I announce that my names have officially and legally been changed from Belinda Effah to Grace-Charis Bassey E. and will be honored and grateful if I am addressed as thus.” 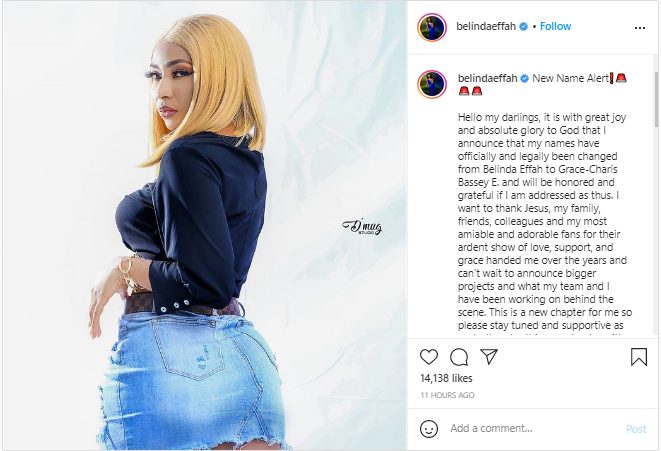 Belinda also appreciated her fans, coleagues and family for their show of love, also soliciting more of their support as she goes through the next chapter of her life.

Following her announcement, some of her colleagues and followers thought her account had been hacked.

However, her colleague Moyo Lawal took to the comments section to affirm that she was also aware of the events leading to the announcement.

“I have known this name for how many months now and I still haven’t been able to adjust,” she commented.

In a follow-up post, Belinda revealed that the change of name had been effected on all her official documents including her passport and bank details.

The Cross River-born actress also shared a screenshot of the newspaper report on her official change of name on Instagram. 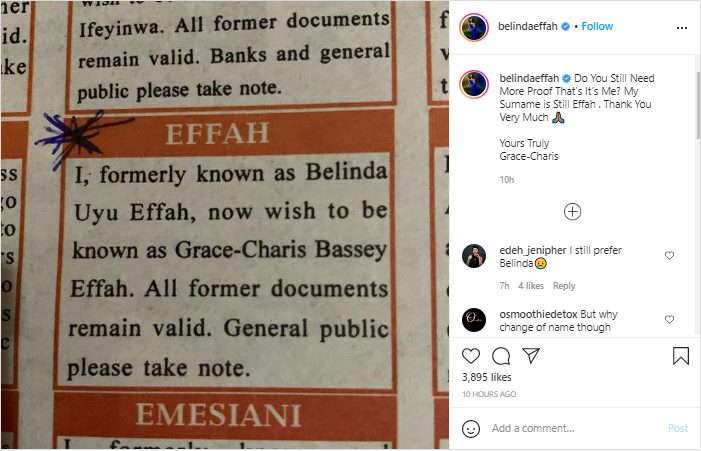 Although reasons for the change of name have not been revealed, the actress has called on her fans to respect her wish and follow up accordingly.