One of the perks of being in the Big Brother show is the vast crunch of opportunities one is exposed to. Asides from the huge money prize, of course, other mouth-watering deals from popular brands and favours from fans; the BBNaija is arguably one of the best platforms for any young up and coming act or personality.

Yusuf Garba, popularly known as Yousef, While still in the Big Brother Naija Season 6 house, has bagged a major endorsement deal with a German clothing line.

In a press release, the brand CEO, Blessing Jiwul, stated that Yousef has proven himself in key areas that will be of benefit to the brand and the world.

She emphasized that Yousef intellectual and organised mode of dressing sets him apart from the pack.

According to Jiwul, more juicy packages await Yousef as he continues his phenomenal activities at the Big Brother House.

Reacting to the news, Yousef’s image manager, Richard praised the brand for choosing Yousef above other housemates.

In his words, “This feat has gone to show that Yousef is about to win the grand prize with so much passion for any activity. We are glad to sign this deal.” 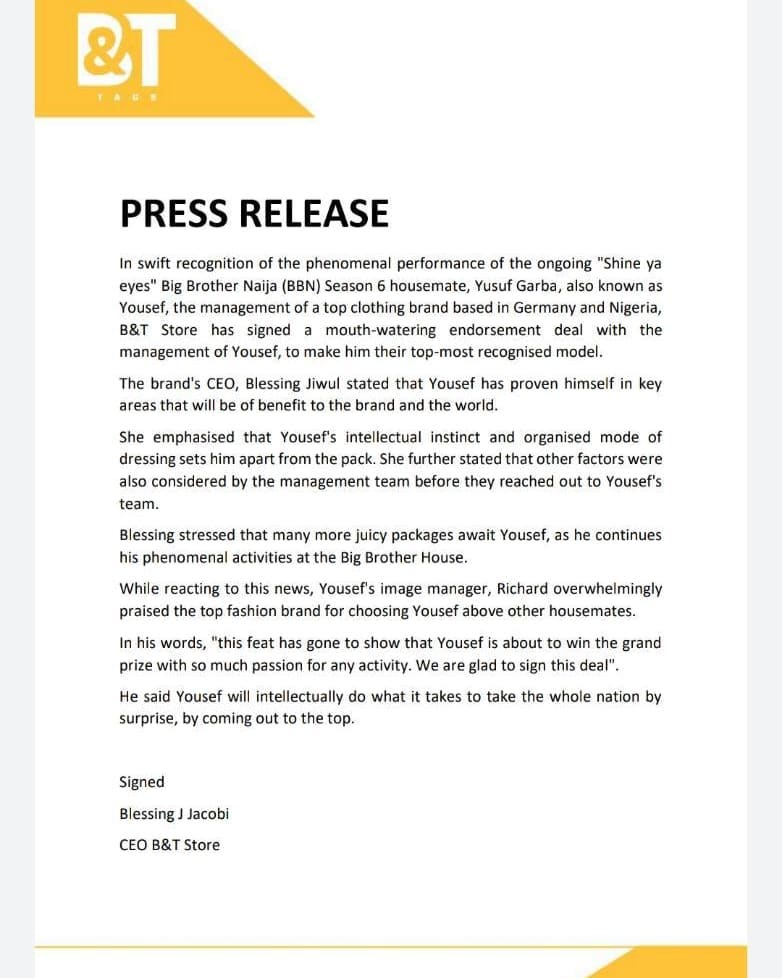