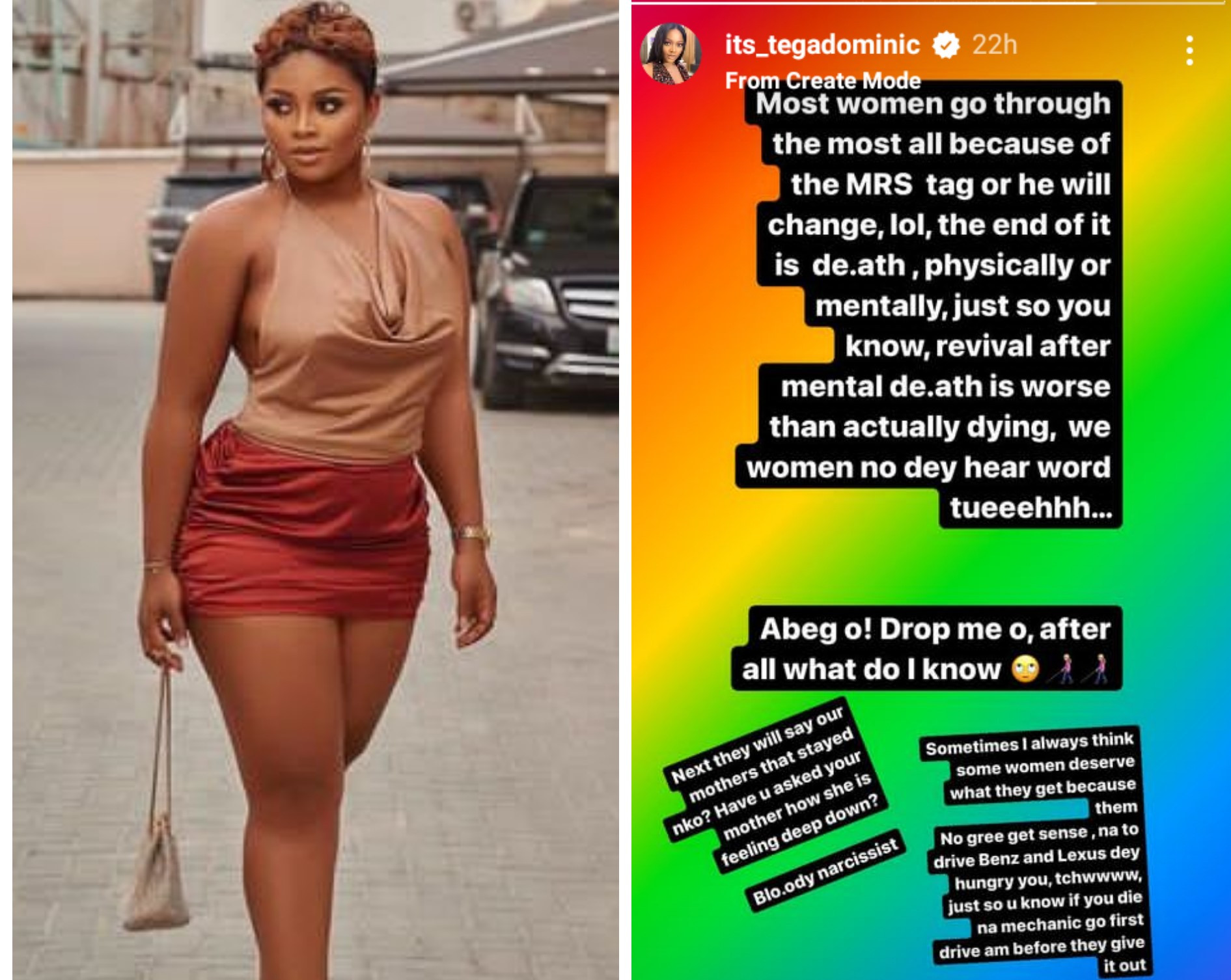 Glamsquad reports that Tega Dominic, a former Big Brother Naija Shine Ya Eye housemate, has stated that women who die as a result of domestic violence deserve their fate because they refused to leave abusive marriages.

READ ALSO: “I Am Of The 2% That Will Say No To Rubbish” – Tega Blows Hot On Marital Crisis

According to Tega, because of the ‘MRS’ label, some women are subjected to abusive relationships and domestic violence in marriage.

“Sometimes I think some women deserve what they get because they don’t have any sense and drive Benz and Lexus. Just so you know, if you die, go fist drive am before they give it to you “She penned a letter. "We the citizens of Nigeria will take back our country in 2023" - Nigerian Singer, Peter Okoye breaks silence